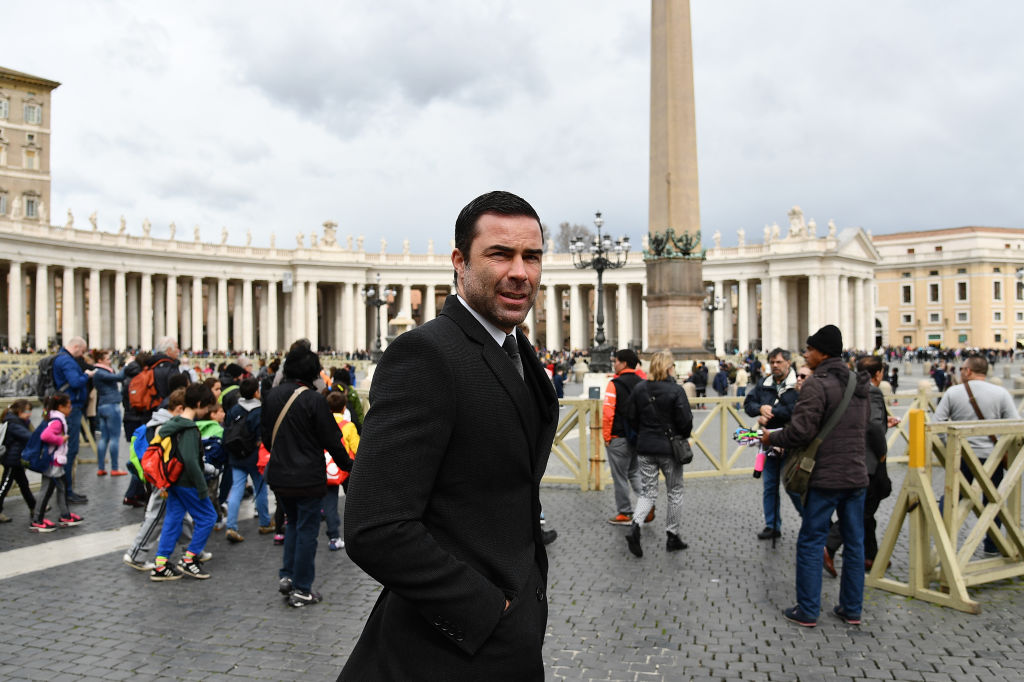 Swiss Rene Bruelhart was the President of the Board of Directors of the Financial Information Authority (AIF) of Vatican City.
Vincenzo Pinto—AFP via Getty Images

Pope Francis on Monday replaced the head of the Vatican’s financial watchdog agency amid continuing fallout from a controversial Vatican police raid on the agency’s offices that jeopardized the Holy See’s international financial reputation.

Francis thanked Rene Bruelhart for his work as president of the Financial Intelligence Authority as his term ended. The Vatican said the replacement’s name would be released next week.

The AIF board had given its full support to AIF’s management after the Oct. 1 raid, which was sparked by a police investigation into a Vatican real estate deal in London.
But even with that vote of support, international damage to the Holy See’s reputation was done.

AIF works with financial intelligence units around the world in the fight against money laundering, tax evasion and other financial crimes. Officials expressed alarm that countries could be less willing to share confidential information with AIF in the future if that could so easily end up in the hands of Vatican police.

According to the search warrant, which was seen by The Associated Press, Vatican prosecutors only alleged that the AIF’s actions in the real estate operation were “not clear” and faulted its director, Tommaso Di Ruzza, for being in contact with a London law firm.

Prosecutors appeared to have misunderstood that AIF was working with Britain’s financial intelligence unit to try to catch the businessmen who were fleecing the Holy See in the real estate deal.

The Vatican’s secretariat of state had put 150 million euros into the luxury apartment building in London’s tony Chelsea neighborhood, only to see tens of millions end up in the pockets of middlemen who were managing the venture.

The secretariat of state in 2018 decided to buy the building outright while working with British authorities to nab the middlemen. But internally, the Vatican bank and auditor general’s office raised an alarm with Vatican prosecutors that the buyout looked suspicious, sparking the raids on AIF and the secretariat of state.

The Swiss-born Bruelhart, dubbed the 007 of anti-money laundering efforts by some media, had joined the Vatican in 2012 to help turn around its reputation as a scandal-marred offshore tax haven. Under his leadership, the Vatican won coveted membership in the Egmont Group, which groups financial information agencies from 130 countries to share information in the global fight against money laundering and terror financing.

Then-Pope Benedict XVI created AIF in 2010 as part of the Vatican’s push to comply with international norms to fight money laundering.

Bruelhart’s departure, coupled with the continued suspension of the AIF’s director di Ruzza, means that the AIF is without a leader going into a crucial period of consultations with Moneyval evaluators ahead of a regularly scheduled on-site visit early next year.