To Polish an Iconic British Brand, Jaguar’s Owner Looks For Help in Germany and China 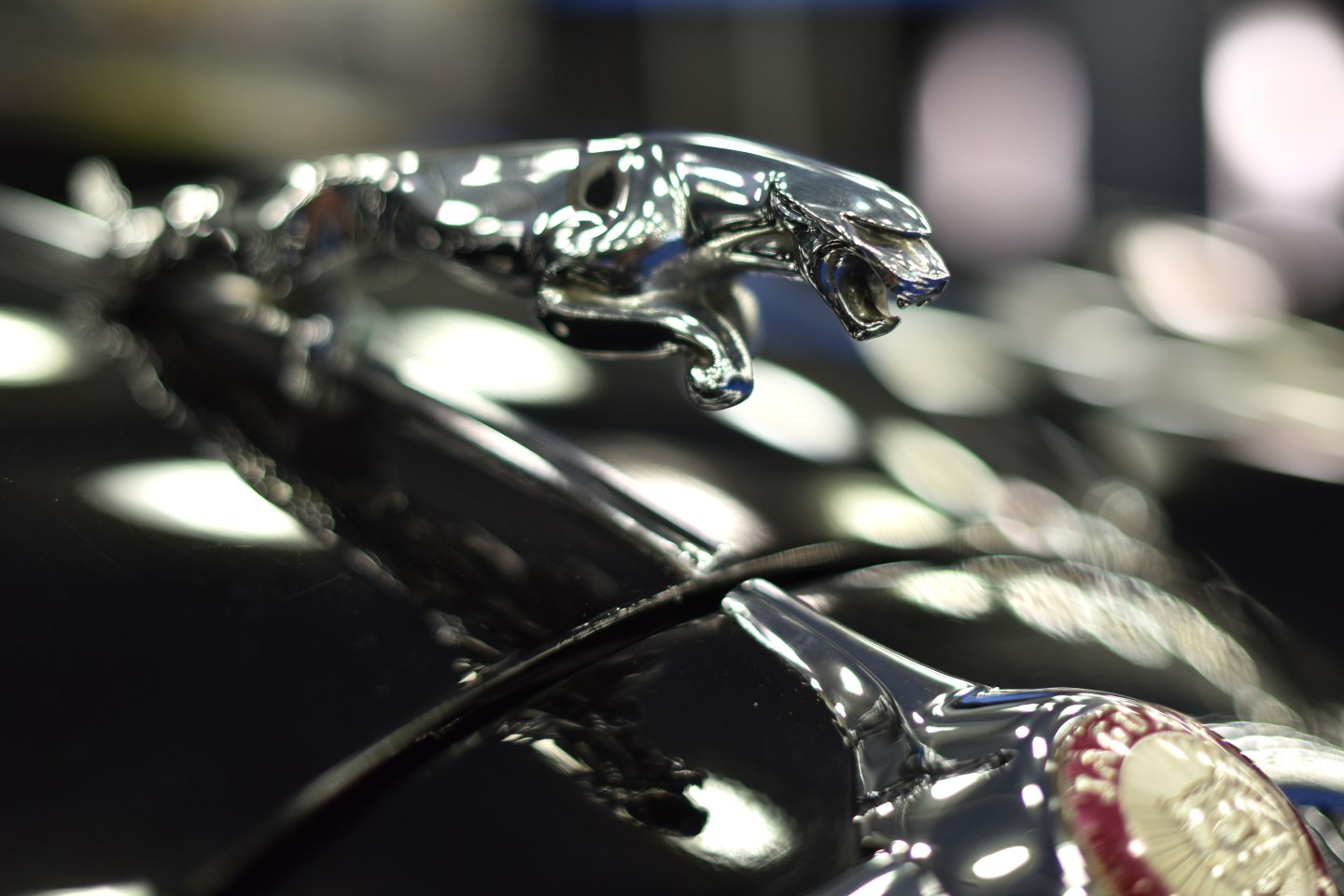 LONDON, ENGLAND - OCTOBER 23: A 1967 Jaguar Mark 2 3.8 Saloon Bonnet Mascot on display during the RM Sotherb's London, European car collectors event at Olympia London on October 23, 2019 in London, England. RM Sotheby's London, billed as the annual highlight for European car collectors will show Edwardians to modern supercars and offers collectors and attendees the opportunity to experience the very best of European cars. Sotheby’s will also present The Ultimate Whisky Collection, the most valuable collection of whisky ever to be sold at auction, both events will culminate in live auctions on 24th October. (Photo by John Keeble/Getty Images)
John Keeble—Getty Images

Tata Group, the owner of Jaguar Land Rover, has approached carmakers including China’s Zhejiang Geely Holding Group Co. and BMW AG as it seeks partnerships for the beleaguered British automotive business, people with knowledge of the matter said.

India’s largest conglomerate has said it’s open to finding partners for JLR to save on costs and share the burden of investing in electric vehicles. The deliberations were at an early stage and Tata could still approach other potential partners, the people said, asking not to be identified because the information is private. It wasn’t immediately clear how receptive Geely and BMW were.

“There have been no talks with Tata or JLR,” Geely said in a statement. BMW declined to comment, as did Tata, whose chairman has previously ruled out an outright sale of the unit.

Any tie-up with a Chinese automaker could potentially help JLR in that market, where its struggles led to a $3.9 billion writedown earlier this year. Deeper ties between the British luxury brand and BMW would build on an existing collaboration to develop engines and electric-drive technology, though the German carmaker’s former chief executive officer in August ruled out any equity investment.

Scale has become increasingly crucial in the automotive industry as carmakers pool resources to tackle electrification and autonomous driving. The challenge is especially daunting for smaller players such as JLR, which has committed to an ambitious program to offer electric variants for each of its new models from 2020. The British carmaker was an early mover among incumbent manufacturers with the electric I-Pace crossover, introduced last year.

“Carmakers need to invest a lot of money in developing new technology, and Tata doesn’t have deep pockets to keep funding development,” said Deepesh Rathore, an independent auto analyst in Bangalore, India. “You don’t want to be left behind, especially in the luxury segment, and at the same time, Tata doesn’t want to let go of JLR, which is its crown jewel.”

A global downturn that’s hit major markets has added to the pressure, and despite the many challenges of turning fierce rivals into collaborators, the pace of dealmaking has picked up.

Volkswagen AG, the world’s largest carmaker, this year agreed to team with Ford Motor Co. in areas including electrification and self-driving cars. PSA Group — the French owner of Peugeot, Opel and Citroen — last month agreed to combine with Fiat Chrysler Automobiles NV to create the world’s fourth-largest automaker by volume.

One potential obstacle for any partner with JLR is the British automaker’s financial struggles. Tata has begun to address some of these issues, providing the brand with a $910 million equity infusion to help bolster its balance sheet.

In China, JLR has struggled with quality and dealership issues. The company reported last month that sales had stabilized, helping parent Tata Motors Ltd. post a narrower-than-projected quarterly loss. The British unit is also near completion of a 2.5 billion-pound ($3.2 billion) savings drive that included thousands of job cuts worldwide.

Tata Group bought the maker of the Jaguar XE sedan and the Land Rover Discovery sport-utility vehicle in 2008 for $2.3 billion. While the conglomerate is open to finding partners for JLR, it doesn’t plan on selling the unit, N. Chandrasekaran, chairman of group holding company, Tata Sons Ltd., said in an interview last month.

—How 5G will transform the electric vehicle industry
—Fiat-PSA merger looks like a go. It appears the Italians got the better end of the deal
—Apple co-founder Steve Wozniak pumps the brakes on autonomous vehicles
—Tesla has a luxury car problem. Here’s why investors should be worried
—Inside James Dyson’s costly decision to kill his electric car
Follow Fortune on Flipboard to stay up-to-date on the latest news and analysis.