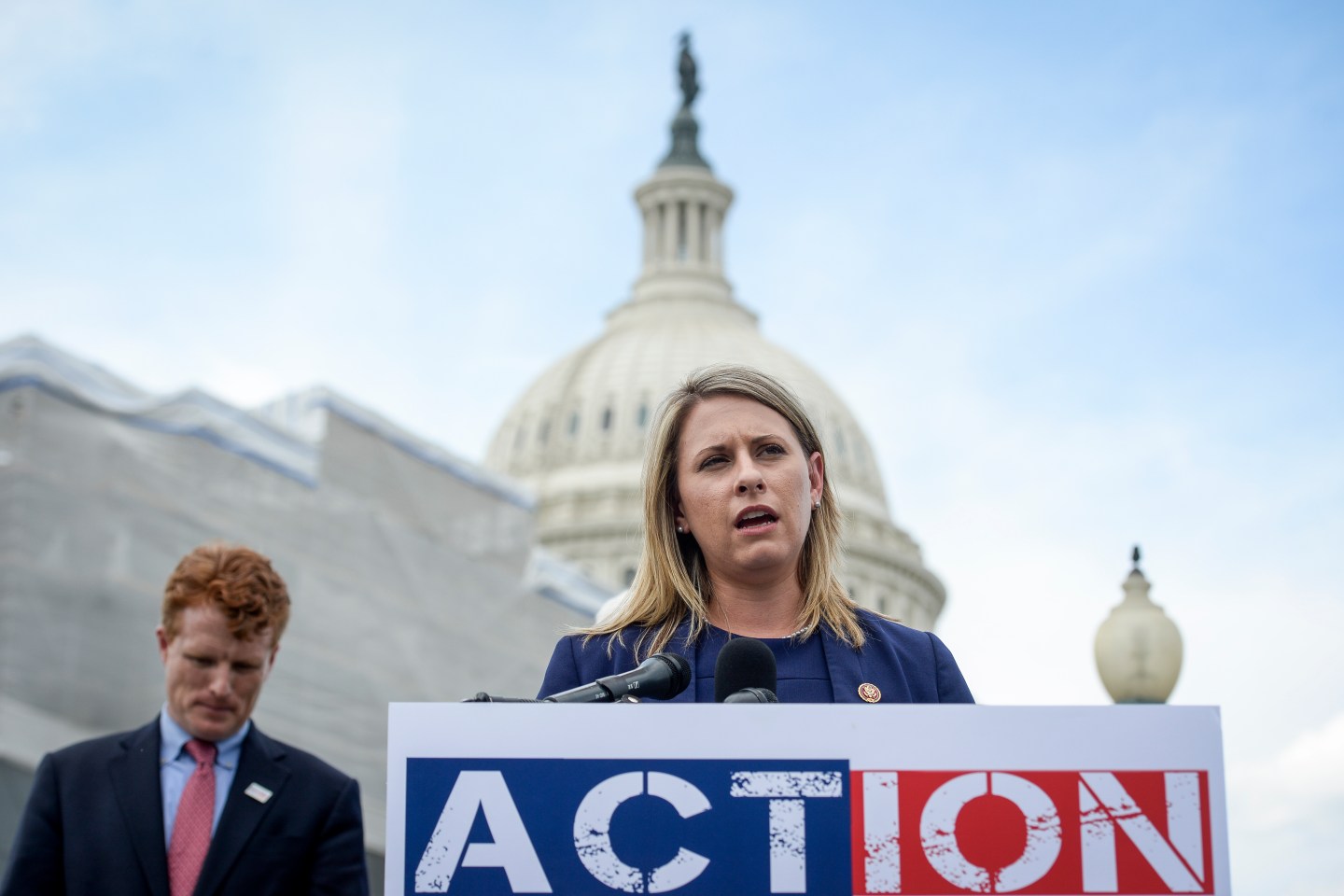 Hill, in the middle of a caustic divorce with a man who she has called “abusive,” stepped down after nude photographs were published without her consent in RedState and on DailyMail.com. Hill alleges that her husband played a role in the photographs and allegations of relationships with staffers.

In 2016, California senator and 2020 presidential candidate Kamala Harris (D-Cali.) fought to pass a bill that would make publishing revealing photos or videos a federal crime and would put the burden on the government to prove “that no reasonable person would consider the shared image to touch on a matter of public concern.” It did not pass. Harris, along with Congresswoman Jackie Speier (D-Cali) introduced a second attempt at the bill, entitled ENOUGH, in 2017 and most recently a third bill, the SHIELD Act, this May. The SHIELD Act is pending with the judiciary committee, and advocates hope Hill’s recent experience will prompt a vote.

“Members of Congress are hoping that Hill has brought a moment of attention to the bill and that it makes sense to finally vote on it. There will be a push by its sponsors this week,” said Dr. Mary Anne Franks, the president and legislative and tech policy director of the Cyber Civil Rights Initiative who has worked with Speier since 2013 on similar legislation.

“It was clearly meant to embarrass her,” Harris said of the photos. “There’s so much that people do about women and their sexuality that’s about shaming them. It just sends a signal to other women that’s discouraging them from running for office.”

A 2017 study found that one in eight American social media users had been the target of nonconsensual pornography, and that women were 1.7 times more likely to be the victims.

“I’ll provide model legislation and then the ACLU shows up tells legislators that they have to add motive requirements, which is often a death knell to the law,” she said.

This results in a variety of definitions and penalties by state.

“One state will say that posting non-consensual photos is uniformly illegal, and other states will say that perpetrators will need to have motives of revenge. That might sound sensible but in many cases people post these photos to achieve political gain or make money or to raise their profiles in certain online communities, and those motives often don’t count as revenge,” Franks said.

Another problem with state-by-state laws is jurisdictional confusion. States aren’t sure if they should base prosecution on where the photo was taken, where the victim or perpetrator lives or where the photo is originally posted from.

A federal law would solve the bulk of that confusion, as the definition of interstate commerce covers almost anything that takes place on the internet.

Still, there are now laws against non-consensual pornography in 46 states and Washington D.C., and while they vary significantly in severity and in their definition of what constitutes abuse, the change has come quickly. Before 2013, only three states had rules about nonconsensual pornography. Now, the only states without legislation are Massachusetts, Mississippi, South Carolina, and Wyoming.

“In the last few years we’ve seen a real revolution in the consciousness and awareness of nonconsensual pornography,” Franks said.

—Often-accurate model predicts Trump will win re-election in a landslide
—Voters over 65 remember Nixon—and want to impeach Donald Trump
—How Mitch McConnell could use impeachment to scramble the Democratic primary
—Trump’s emissions fight with California pits GM against Ford
—Kids brought guns to school at least 392 times last year. Here’s what experts say we should do about it
Get up to speed on your morning commute with Fortune’s CEO Daily newsletter.