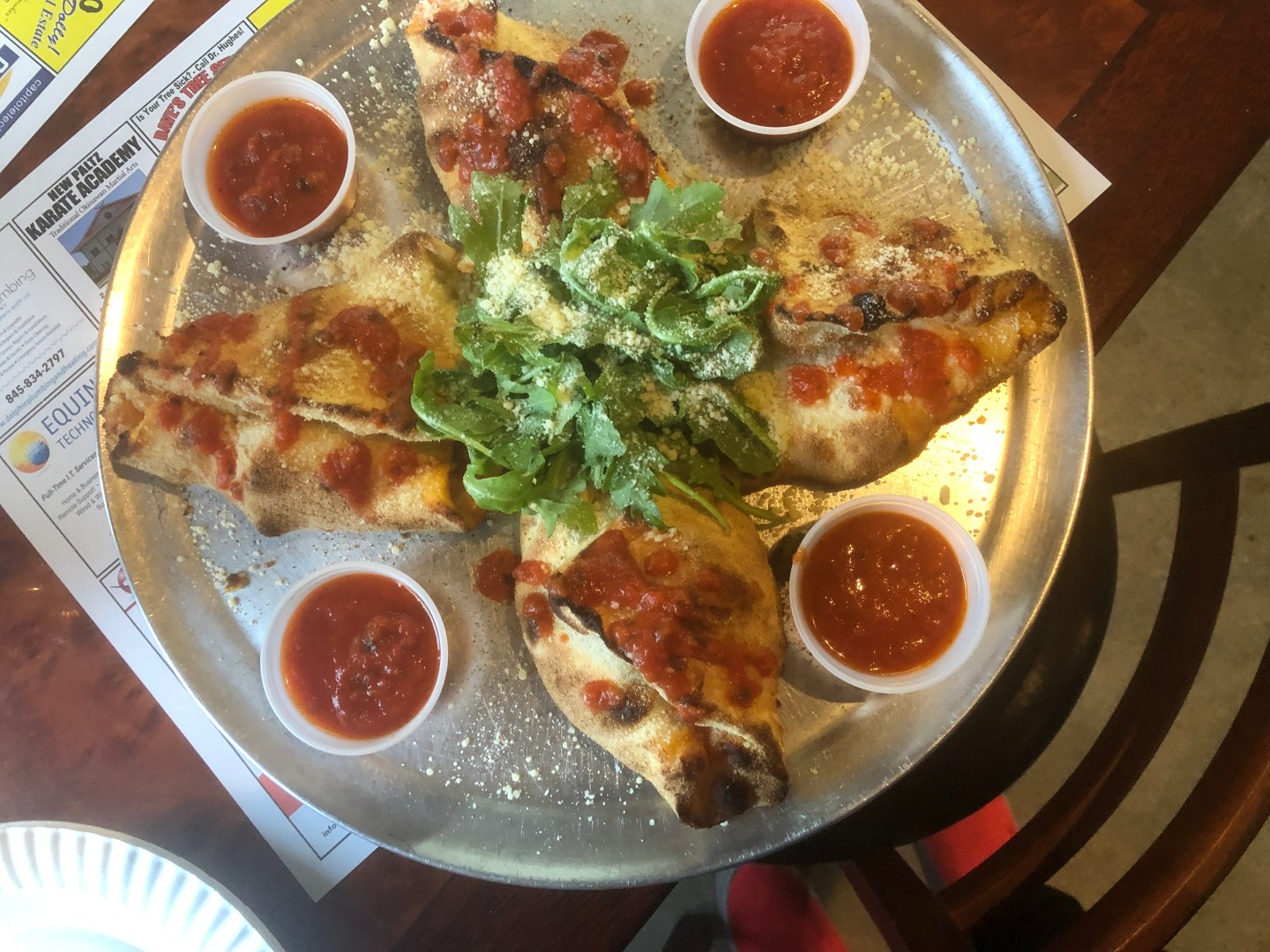 The sign outside John Fazio Farms in the Hudson Valley town of Modena boasts only a few of the clown car of concepts housed in the single, low-slung building. The sign covers the pizza and barbecue—illustrated with a rather frightened-looking trio of a duck, chicken, and rabbit as flames swirl around them.

But there’s also the farm market selling creamy burrata, fresh eggs, and phone-book- thick steaks; the restaurant menu with tacos, shrimp po’boys, and ice cream; the bar with craft beer on tap and growler fills; and on summer weekends, a raw bar with fresh-shucked clams and oysters. As chaotic and piecemeal as the business seems on paper, though, the spirit and cooking behind it are exactly the type of simplicity and humble excellence that makes the region such a culinary draw.

John Fazio himself has been selling his chickens, rabbits, and ducks—like the ones on the sign—to restaurants in New York City (Savoy, Frankie’s, Roberta’s) for three decades. But the farm market is newer. “Up by us, there’s really not good food,” he noticed—it grew here, but sold in the city. So he opened the market and began selling his chickens. But when he was left with unsold chickens, he couldn’t resell them to other restaurants, so he bought a smoker and started cooking the meat himself. And once he started doing the barbecue, he found that the kids who came in didn’t like that as much, and so he decided to expand to pizza. As a farm market, though, he had to stick to agriculture. “Apple farmers make apple pie,” he theorized. “I’m a rabbit farmer. I make rabbit pies.”

It’s those farm roots that keep the concept as cohesive as a place selling raw shellfish, fresh cheese, pizzas, tacos, and pastrami can be. “The farm-to-table-guys, they buy their product,” he says of restaurants around him. “I’m the real farm to table.”

Fazio grew up on a nearby produce farm. His grandfather started working at age 12 and supplied 72 fruit markets in Brooklyn before moving upstate and buying a farm and a grocery store. “He couldn’t read or write in English,” says Fazio. Then, a beat later, “He couldn’t read or write in Italian either.” But Fazio’s grandfather knew how to do business, and he knew how to grow vegetables: “One head of broccoli wouldn’t fit in a half-bushel.”

Fazio is old-school—to the point that he denies that there’s any theory under what he does. “The new wave of farmers coming up are all about philosophy,” he says. “I’ve never seen anybody put philosophy on a plate.” But Fazio comes back to the matter of growing simply the best food that he can, over and over.

Fazio tells a story of listening to the farmer next to him selling chickens at the greenmarket and listing exactly what the supposedly free-range chickens ate. The same customer came to him, asking, “How do you feed your chicken?” Fazio cups his hand as if holding food and says, “I go here, chickie chickie.” When she pressed for details, Fazio points out that free-range can sometimes just mean a bigger cage. “I don’t know what my chickens eat. I don’t follow them around all day. He might have eaten a worm, I don’t know.” As if for proof, Fazio says she can ask the local cops. “They called me and said, ‘John, you gotta get your chickens outta the road.’ I didn’t even have pants on.”

Runaway chickens and philosophy aside, Fazio mostly found that his fellow Hudson Valley residents weren’t his customers. The drive for farm-direct chickens hadn’t made it out there yet, but perhaps getting a flavor of it in his restaurant will be the first step. In the farm shop alone it was hard. He had to educate them about why chickens smelled a bit at purchase: His birds aren’t bleached and washed like grocery store chicken. “You want it to smell like that, just bring the chicken home and throw it in with your laundry,” Fazio says. “It’ll smell just like the Hannaford ones.”

But when cooked, the chicken has found a local audience. It’s a mix of the weekenders coming in for their taste of the same Hudson Valley chickens they covet on Brooklyn bistro menus and the locals coming to understand what, exactly, it is that the city folk love about it that makes up the customers at John Fazio’s farm market.

More importantly, all guests are treated to the same local hospitality that ties the place together and keeps people returning. “I talk to my customers like they’re my friends. You can at my restaurant, everyone’s in there, just like friends,” Fazio says. Friends who probably are all still wondering where the summer weekend raw bar fits into the concept, but aren’t willing to turn away from their Cheesy Piggy Chips (hand-cut potato chips with pulled pork, melted cheese, and chipotle sour cream) long enough to find out.

—The best way to watch the world’s largest hot air balloon festival
—Why you should visit Whistler, Canada right now
—Your modern weekend away meets the Old West in this sleepy California town
—New Zealand’s hottest destination is one you’ve never heard of
—This hotel is made up entirely of tiny houses
Follow Fortune on Flipboard to stay up-to-date on the latest news and analysis.