This CEO Challenged Her Employees to Delete All Non-Essential Apps From Their Phones. Here’s What Happened 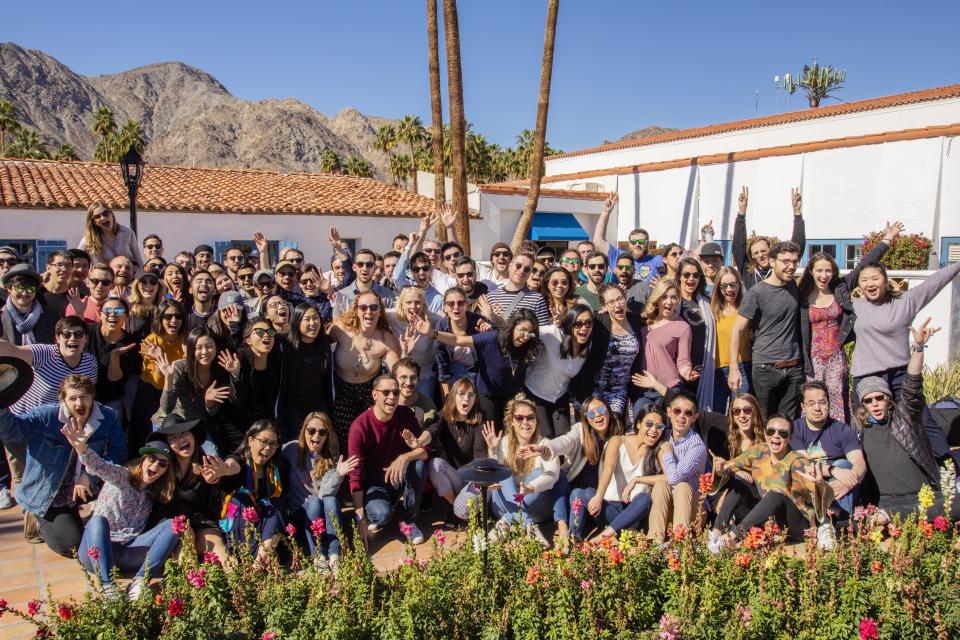 Six months ago, to help her team achieve a greater work-life balance, Mathilde Collin challenged her staff of more than 130 employees to delete any apps from their phones that are not essential to their daily existence. That meant no games, no Twitter, no Facebook. That also meant no work applications and no news apps.

Collin is the co-founder, along with Laurent Perrin, of a six-year-old San Francisco-based company named Front, who now have 150 employees. Front is an e-mail collaboration app that has received investor backing from numerous venture capital firms including Y Combinator, Sequoia Capital, as well as support from individual investors including Slack co-founder Stewart Butterfield.

Front also appears at No. 1 in the small company category on this year’s new ranking of the 150 Best Small and Medium-Sized Companies to Work For, compiled by the workplace culture experts at Great Place to Work, in partnership with Fortune. Also topping the list this year are Hughes Marino at No. 2 and MST Solutions at No. 3 on the small companies list, and Intuitive Research and Technology at No. 1, Modern Technology Solutions at No. 2, and KnowBe4 at No. 3 on the medium companies list.

“I want to be present. I also think that it makes me a happier human being and a better leader,” Collin said. “We all shared what was the biggest takeaway from the experiment, and the No. 1 thing that was shared by everyone was that it’s super scary at first. But it’s not as scary once you’ve done it.”

Surprisingly, many of Collin’s loyal team took the challenge, but by the end of the first month, only 10 of them had succeeded in keeping a minimalist tech existence. She celebrated their efforts by taking them to dinner at Victory Hall in San Francisco.

Since then, Collin says she still leads by example and, besides a web browser, only has the Lyft, WhatsApp, Yelp, Authy, and Whole Foods apps on her phone.

One employee who not only met Collin’s challenge but continues today to live with the least amount of apps possible is Paul Dornier, the co-founder and CEO of Meetingbird, which was acquired by Front last year. Now overseeing Front’s Calendar service, Dornier says his life is even better for the challenge of down-sizing his tech footprint.

“I was one of those people that was crazy enough to do it. I even turned my phone into gray scale mode, so there’s no colors anymore. It’s like super dull,” Dornier said. “It helped me just focus a lot more on the things that I actually wanted to be doing.”

Dornier says he kept Spotify, Google Maps, and iMessage, which he considered essential. But the hardest challenge he says was deleting the web browser Safari, because it allowed him to check his Facebook and Twitter accounts, even though he’d already deleted those apps too. Once you’re back on social media, “you just start swiping through that feed mindlessly,” he said.

A renewed focus on work-life balance and increased productivity has helped Front’s employees foster better relationships, Collin says, as well as increased personal interaction with family and friends. To continue growing the company, Collin says she believes she must focus first on the satisfaction of her employees. Even today, Collin has a weekly meeting on her calendar to talk about workplace culture.

For small companies looking to maintain a unique workplace culture while also setting down to the path to faster growth, Great Place to Work also conducted an analysis of the data that was used to compile this year’s ranking of the 50 Best Small Companies and 100 Best Medium-Sized Companies to Work For.

The research shows that as a company increases its headcount, it is critical for business leaders to pay attention to three important growth-readiness indicators, which are based on employee sentiments from Great Place to Work’s Trust Index Survey:

According to Great Place to Work data scientist Chandni Kazi, “These three employee sentiments change the most as a company scales their people power. If it grows too fast, a company can severely damage its culture. Grow too slow, and the competition can corner the market.”

However, Kazi points out that outperforming competitors is more than about getting there first. “Without the right culture, it won’t matter how fast you get to the market because it won’t last. The cost of culture is higher than people realize. It’s not only in increases of regrettable turnover, but also in significant decreases in revenue and innovation capacity. Once trust is broken in an organization, or if it hasn’t been fully formed, with every additional employee, it is exponentially harder – and more costly – to regain that trust,” Kazi said.

In short, it’s all about the relationships between employees and leaders and among colleagues. When a company grows its headcount faster than its culture can handle, the relationships among the employees are used for short term self-interest rather than building trusted connections for long term business success, Kazi said.

Politicking, unfair promotions, and favoritism are examples of the ways that companies can feed self-interest. Before executives begin adding additional headcount, they should monitor these three areas to ensure that their workplace culture can thrive during the growing pains.

See the full lists: the 50 Best Small Companies and the 100 Best Medium-Sized Companies to Work For.

Christopher Tkaczyk is the chief content officer at Great Place to Work, the global authority on workplace culture, and is a former editor at Fortune and Travel + Leisure.