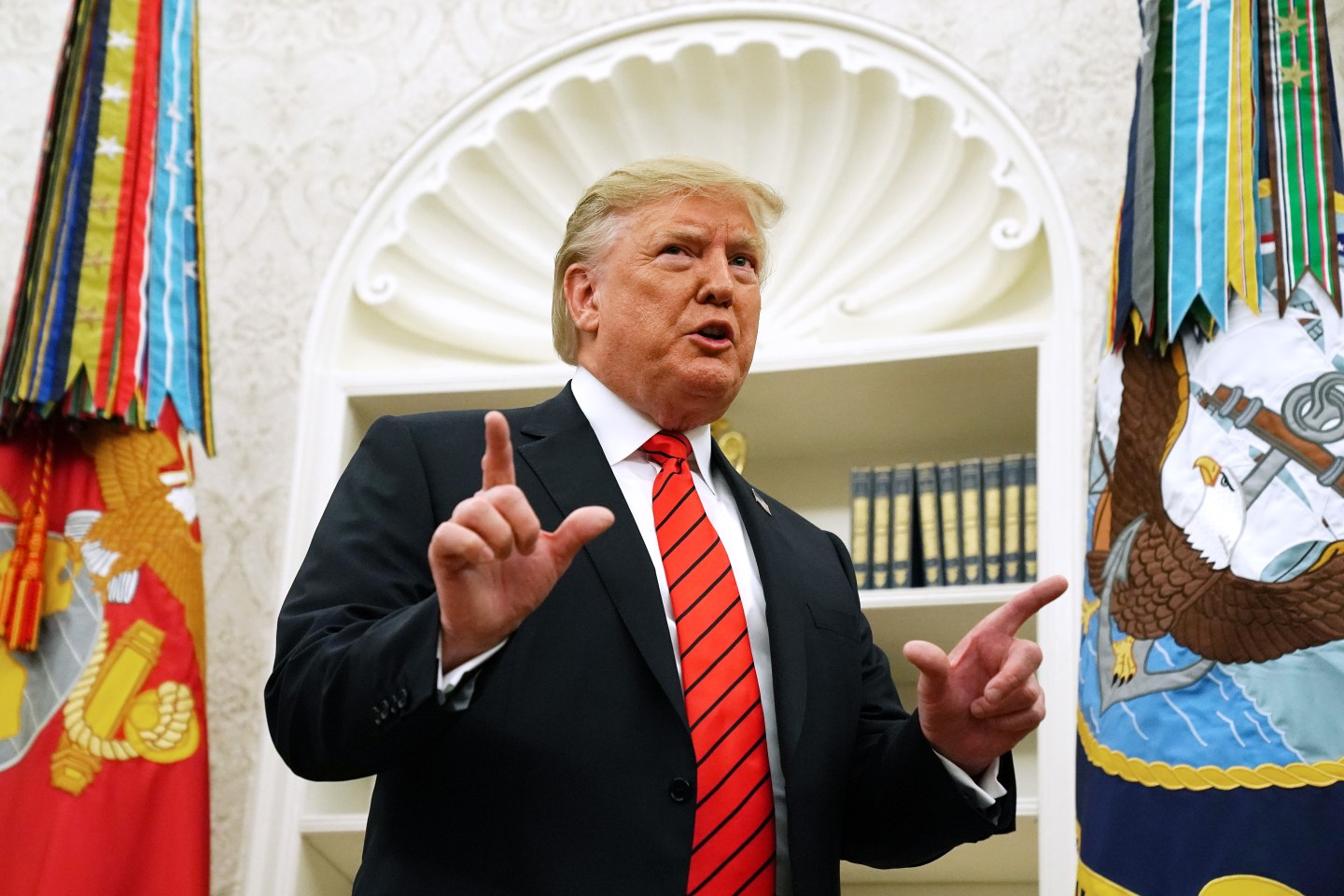 WASHINGTON, DC - SEPTEMBER 30: U.S. President Donald Trump gives pauses to answer a reporters' question about a whistleblower as he leaves the Oval Office after hosting the ceremonial swearing in of Labor Secretary Eugene Scalia at the White House September 30, 2019 in Washington, DC. Scalia was nominated by Trump to lead the Labor Department after Alex Acosta resigned under criticism over a plea deal he reached with Jeffrey Epstein. (Photo by Chip Somodevilla/Getty Images)
(Photo by Chip Somodevilla/Getty Images)

The ‘Executive Order on Protecting and Improving Medicare for Our Nation’s Seniors’ focuses on expanding Medicare Advantage. It will expand the role of private insurers to offer benefits rather than the government.

In a speech to supporters, Trump also called for a drug importation plan.

“We will soon allow the safe and legal importation of prescription drugs from other countries including Canada,” the president said. The Administration has signaled a growing interest in a drug importation plan in recent months.

In June, Trump directed Health and Human Services Secretary Alex Azar to work with Florida on a state level bill that authorizes importation of prescription drugs from other countries. Colorado and Vermont recently passed similar laws.

In the speech, Trump took the opportunity to attack Democratic healthcare plans.

“Medicare is under threat like never before. Almost every major Democrat has backed a massive government take over that would totally obliterate Medicare,” he said.

However, Democrats have pointed out for months that President Trump’s 2020 budget calls for a $845 billion cut to Medicare.

Progressives like Senator Bernie Sanders’ (I-Vt.) single-payer proposal would essentially create a universal Medicare program that would cover all through a government-run healthcare plan, rather than a privatized alternative.

Recent polling from the Kaiser Family Foundation found that 51% of Americans would prefer a single-payer system, suggesting that voters are more in favor of the Democrats’ plan.