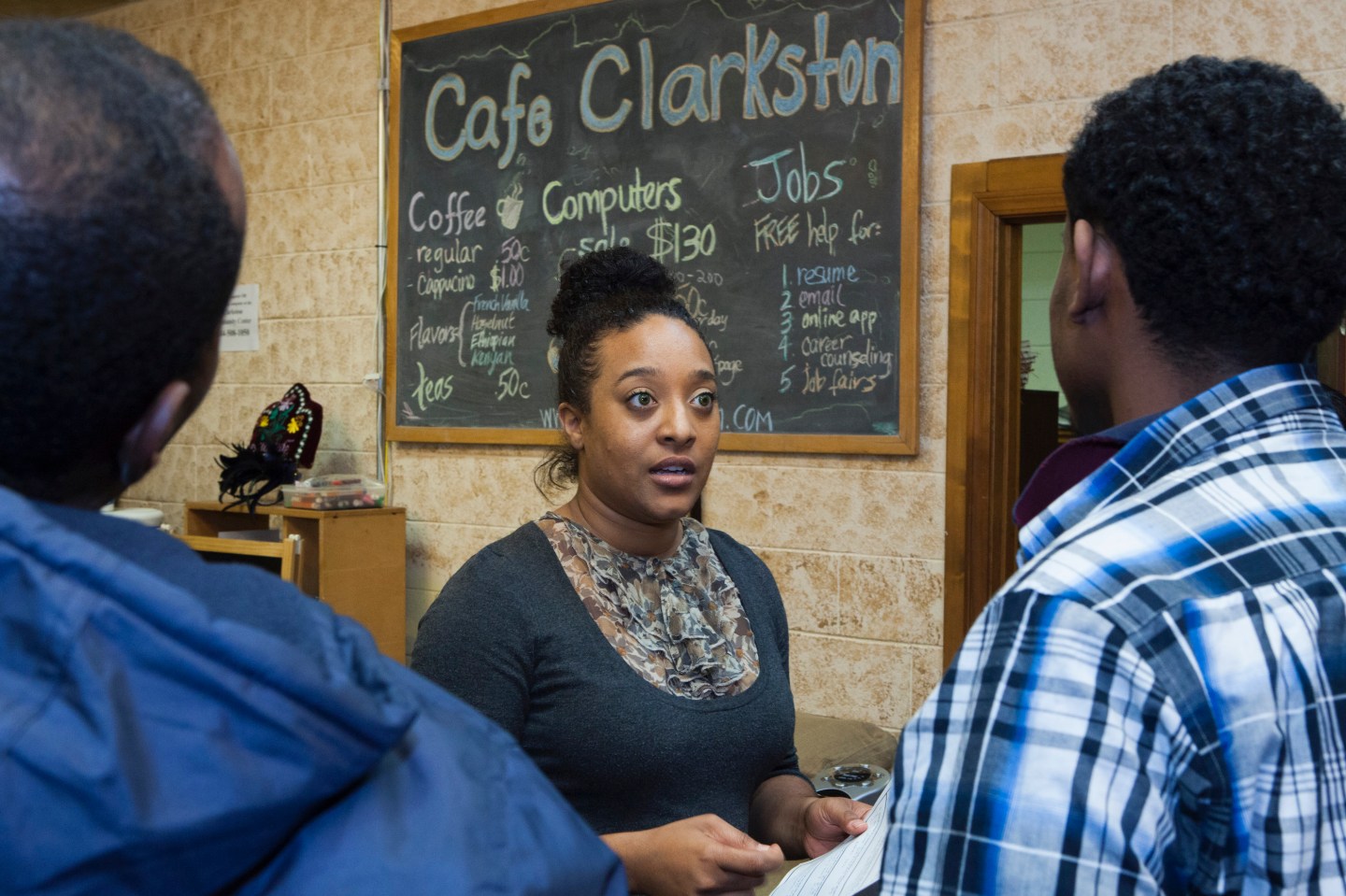 When President Donald Trump last week dramatically slashed the number of refugees allowed into the U.S., he also gave state and local governments the authority to refuse to accept them for the first time in history.

The Trump executive order could further undermine a program that has seen an 80% drop in the number of refugees allowed in during his presidency. It’s part of his overall push to limit both legal and illegal immigration, a policy that’s had its share of pushback from the business community.

While conservative states like Texas and Tennessee have sued to halt refugee resettlement or demand compensation for the costs, the mayors of more liberal cities like Austin, Dallas, San Antonio, and Nashville have publicly welcomed more people fleeing danger in their home countries.

Trump’s executive order again thrusts states and cities into immigration policy, willingly or not, like when they had to decide whether to work closely with federal deportation officers or become “sanctuaries” that limit cooperation.

The change was announced at the same time Trump cut the number of refugees allowed into the U.S. to 18,000 for the federal fiscal year that started Oct. 1, the lowest level since Congress passed the Refugee Act of 1980. Last year, the cap was set at a then-record low of 30,000.

Trump’s order says the federal government and local officials were not coordinating well and the administration was respecting communities that can’t take in refugees. Refugees have the right to move anywhere in the United States once they’re resettled.

But the new authority for state and local governments could lead to disruptions, disputes, and delays, further chipping away at a U.S. resettlement program once considered a model for protecting the world’s most vulnerable people because of close coordination with communities that welcomed refugees, advocates say.

“This order is in effect a state-by-state, city-by-city refugee ban, and it’s un-American and wrong,” said Mark Hetfield, president of HIAS, a Maryland-based Jewish nonprofit group that helps refugees worldwide find safety and freedom. “Is this the kind of America we want to live in? Where local towns can put up signs that say, ‘No Refugees Allowed’ and the federal government will back that?”

Fargo Mayor Tim Mahoney, a Democrat, said he hopes North Dakota’s Republican governor keeps the door open. He said his city has 500 job vacancies and needs refugees to grow the economy, as does North Dakota, which has 30,000 unfilled positions.

The city was receiving as many as 600 refugees annually until Trump’s restrictions. Last year, Fargo got fewer than 100.

“I think a lot of mayors will tell you that we’re on the front lines, and we need people in our communities,” Mahoney said.

He said employers call “all the time” hoping for more refugee workers, and the town has had good experiences with them. Many work in health care as caretakers, in the service industry cleaning hotel rooms, or in manufacturing at plants that make windows or computer parts.

“They are hard-working and often work two jobs while they put their children through school,” Mahoney said. “Ninety percent are fully employed within 90 days.”

North Dakota Gov. Doug Burgum, who considered suing the federal government to demand more say over the resettlement program, did not respond to questions by The Associated Press on whether he would give his approval.

It’s unclear whether counties and other government entities also can weigh in, but that could result in the United States admitting far fewer than Trump’s already historically low cap.

“It has the potential to paralyze the ability to move forward on refugee resettlement in many places across the country,” said Mark Greenberg, a senior fellow at the Migration Policy Institute and a former official in the U.S. Health and Human Services Department, which includes refugee resettlement. He left in 2017.

The International Refugee Assistance Project is considering suing over the policy, which director Betsy Fisher said is “empowering local officials who share the anti-refugee and anti-immigrant agenda.”

In 2015, more than two dozen states, nearly all with Republican governors, tried to shut out Syrians, citing terrorism fears. But they didn’t have the legal authority.

A federal judge last year permanently blocked Indiana from trying to turn away Syrians under an order that Vice President Mike Pence championed as governor, which barred state agencies from making payments to a nonprofit resettling refugees in the state.

Trump’s changes mean resettlement agencies have been receiving less federal funding, which is based on the number of refugees admitted. The money supports language and cultural awareness classes, citizenship assistance, and job training and placement programs that help refugees quickly become self-sufficient.

More than 51 programs have disappeared in the past three years and 41 offices have suspended their services in 23 states, according to the Refugee Council USA, an advocacy group representing non-governmental refugee resettlement agencies.

Betty Kabbashi, who fled violence in South Sudan, said refugees are grateful to be in the United States and want to contribute to their communities. She’s a widow with two children, ages 5 and 7, who works as a hospital interpreter in Portland, Maine, where the chamber of commerce found that foreign-born residents have contributed $1.2 billion to the metro area’s gross domestic product.

“I count myself as an American because this is where I found opportunity,” said Kabbashi, who hopes to get her dentistry license. “This is my home.”

—A running list of questions on the impeachment inquiry, answered
—How circumstances around Donald Trump’s impeachment inquiry differ from Bill Clinton’s
—Have whistleblower rules changed? Fact checking GOP accusations
—12 candidates qualify for October Democratic presidential debate
—How whistleblowers have taken down titans of American business
—25 most powerful women in politics
Follow Fortune on Flipboard to stay up-to-date on the latest news and analysis.