Who Is Eugene Scalia? What to Know About Trump’s New Labor Secretary 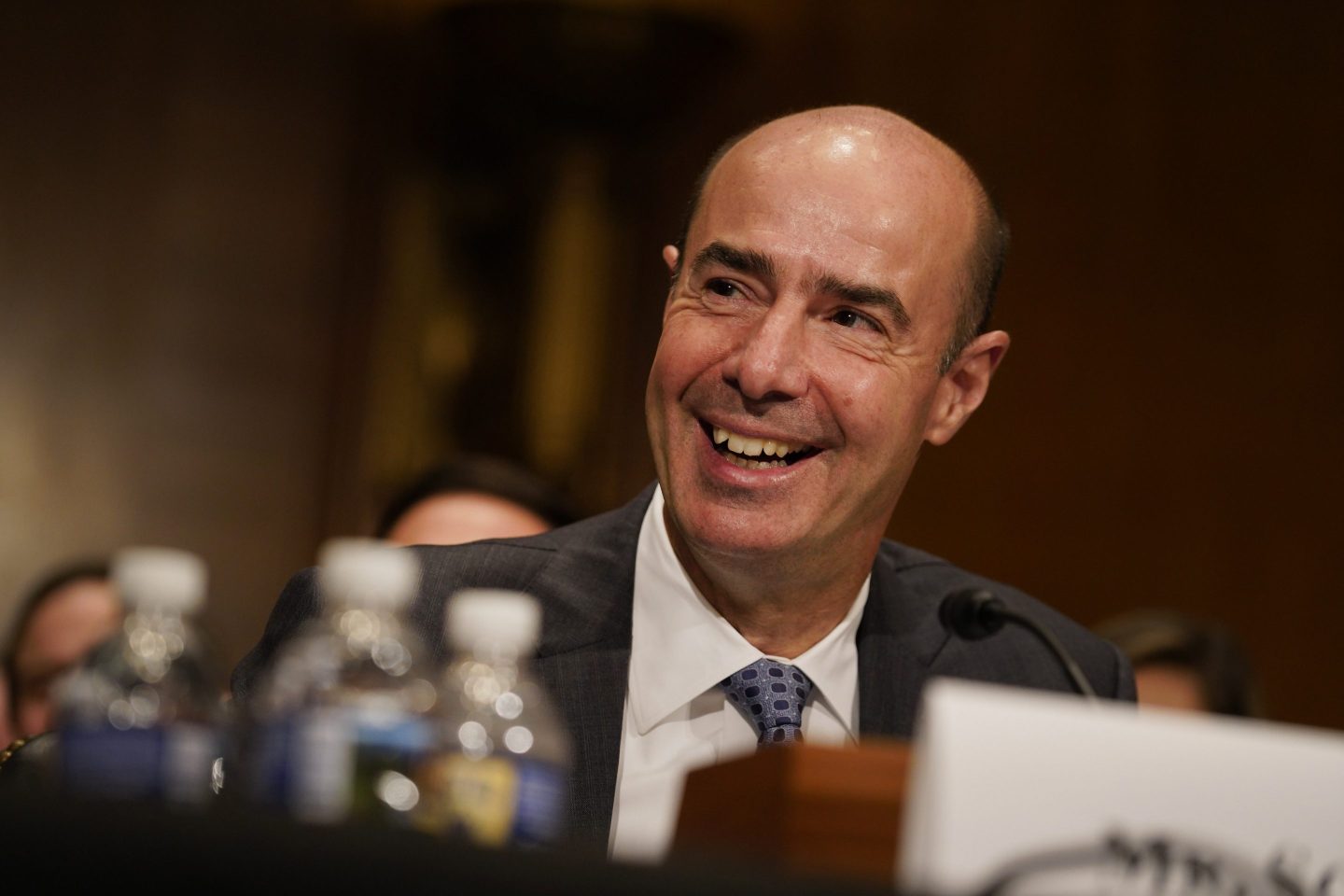 The Senate voted along party lines, 53-44, to approve Scalia’s nomination. Republicans said his background in labor and employment law made him qualified for the post. Democrats said Scalia fought for corporations and against workers and was the wrong candidate for the Cabinet post.

Sen. Lamar Alexander, chairman of the Senate Health, Education, Labor and Pensions Committee, said he received more than 30 letters of support for Scalia from small-business owners, workers, former career lawyers at the Labor Department, where Scalia once worked, and more.

“It is important for the Department of Labor to create an environment to help employers and employees succeed in today’s rapidly changing workplace,” said Alexander, R-Tenn.

Scalia spent the bulk of his career as a partner in the Washington office of the Gibson, Dunn and Crutcher firm, where he rang up a string of victories in court cases on behalf of business interests challenging labor and financial regulations. He also served for a year as the Labor Department’s top lawyer during the George W. Bush administration.

“The president has sent us a corporate lawyer who’s fought over and over to stop workplace protections, to undermine worker safety, to depress workers’ wages over and over and over again,” said Sen. Sherrod Brown, D-Ohio.

The AFL-CIO opposed the nomination, calling Scalia a union-busting lawyer who has eroded labor rights and consumer protections.

“We will not forget this betrayal by the Trump administration, and we will never stop fighting to ensure all working people have the safety protections on the job they deserve,” said AFL-CIO President Richard Trumka.

Business interests viewed Scalia as a sturdy opponent of government overreach and backed his nomination.

FreedomWorks, a conservative group that helped launch the tea party movement, said Scalia’s confirmation “is a victory in the fight against outdated, burdensome workplace regulations that neither protect employees nor encourage job and wage growth.”

Scalia becomes the seventh former lobbyist to hold a Cabinet-level post in the Trump administration.

On his financial disclosure form filed with the Office of Government Ethics, Scalia listed 49 clients who paid him $5,000 or more for legal services, including e-cigarette manufacturer Juul Labs, Facebook, Ford, Walmart and Bank of America.

Disclosure records show Scalia was registered in 2010 and 2011 to lobby for the U.S. Chamber of Commerce.

Trump’s previous labor secretary, Alexander Acosta, resigned in July after renewed criticism for his handling of a 2008 secret plea deal with financier Jeffrey Epstein. Epstein was found dead last month in his cell at a federal jail in Manhattan after his July arrest on sex trafficking charges.

—A running list of questions on the impeachment inquiry, answered
—5 allegations made in the declassified whistleblower complaint
—What is CrowdStrike? Trump mentioned the company in his Ukraine call
—These are the key players in the Trump impeachment inquiry
—How impeachment momentum massively shifted among democrats
—The 25 most powerful women in politics
Follow Fortune on Flipboard to stay up-to-date on the latest news and analysis.