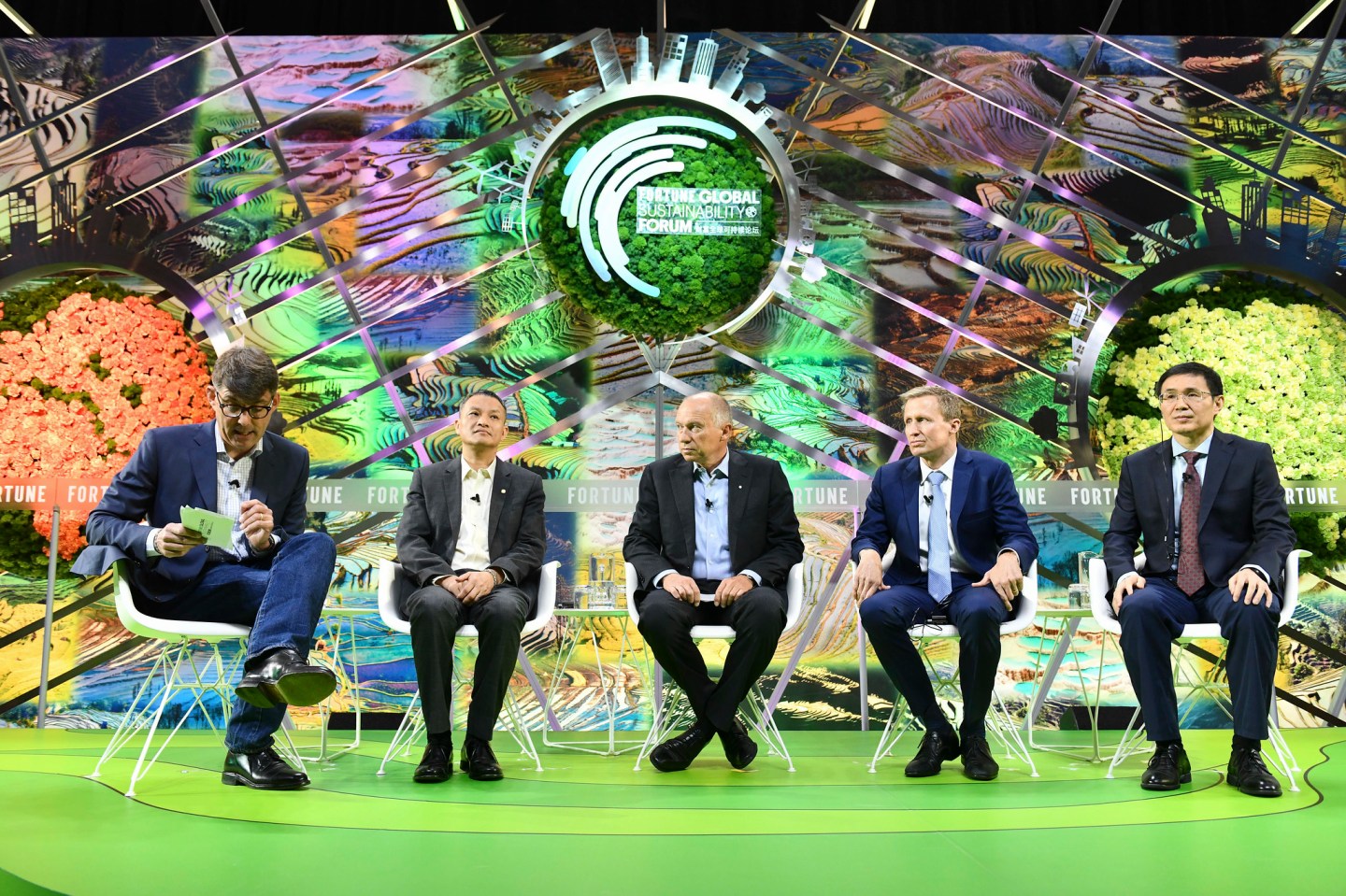 How much are tariffs and the intensifying U.S.-China trade war hurting the solar industry?

Not much, according to a panel of solar energy executives speaking at the Fortune Global Sustainability Forum in Yunnan, China on Friday morning.

“It’s neutral for us,” said Eric Luo, Chairman and CEO of GCL System Integration Technology, a Chinese solar company. “The fact is the [trade war] hasn’t slowed down the global demand,” he said, adding that the 30% tariffs on imported solar panels imposed by the Trump administration have been offset by advances that have accompanied industry growth. (Installations have a 24- to 36-month project development timeline, and prices of panels are declining quickly.) “That is why you see globally, even with the trade war, in the U.S. you see installations,” he said.

“The tariffs have been overwhelmed by the scale and costs coming down,” agreed Tom Werner, the CEO of California-based SunPower. He said he has more pressing concerns than trade tensions, such as anticipating future threats and how to innovate, particularly when it comes to solar power storage and software to integrate with the grid.

He noted the trade war had introduced certain costs for the industry. “Tariffs have unequivocally caused companies to reconfigure our supply,” he said. SunPower, which manufactures in South America and Southeast Asia, has a joint venture in China.

GCL, as well as another Chinese solar company LONGi Group, has moved some manufacturing to Southeast Asia as a result of the trade war, though Luo says his company would have repositioned there anyways to expand its supply footprint and meet global demand. According to Luo, the thing that keeps him up at night is not the trade war, but how he can’t keep up with U.S. and European demand.

Christian Rynning-Tønnesen, CEO of the Norwegian renewable energy company Statkraft, said that Europe’s tariffs on Chinese solar panels have increased costs, but not disrupted the mega-trend of solar capturing a bigger and bigger chunk of the energy share in Europe or globally. He added, though, “I think the trade war is not good at all for the renewable business or for mankind.”