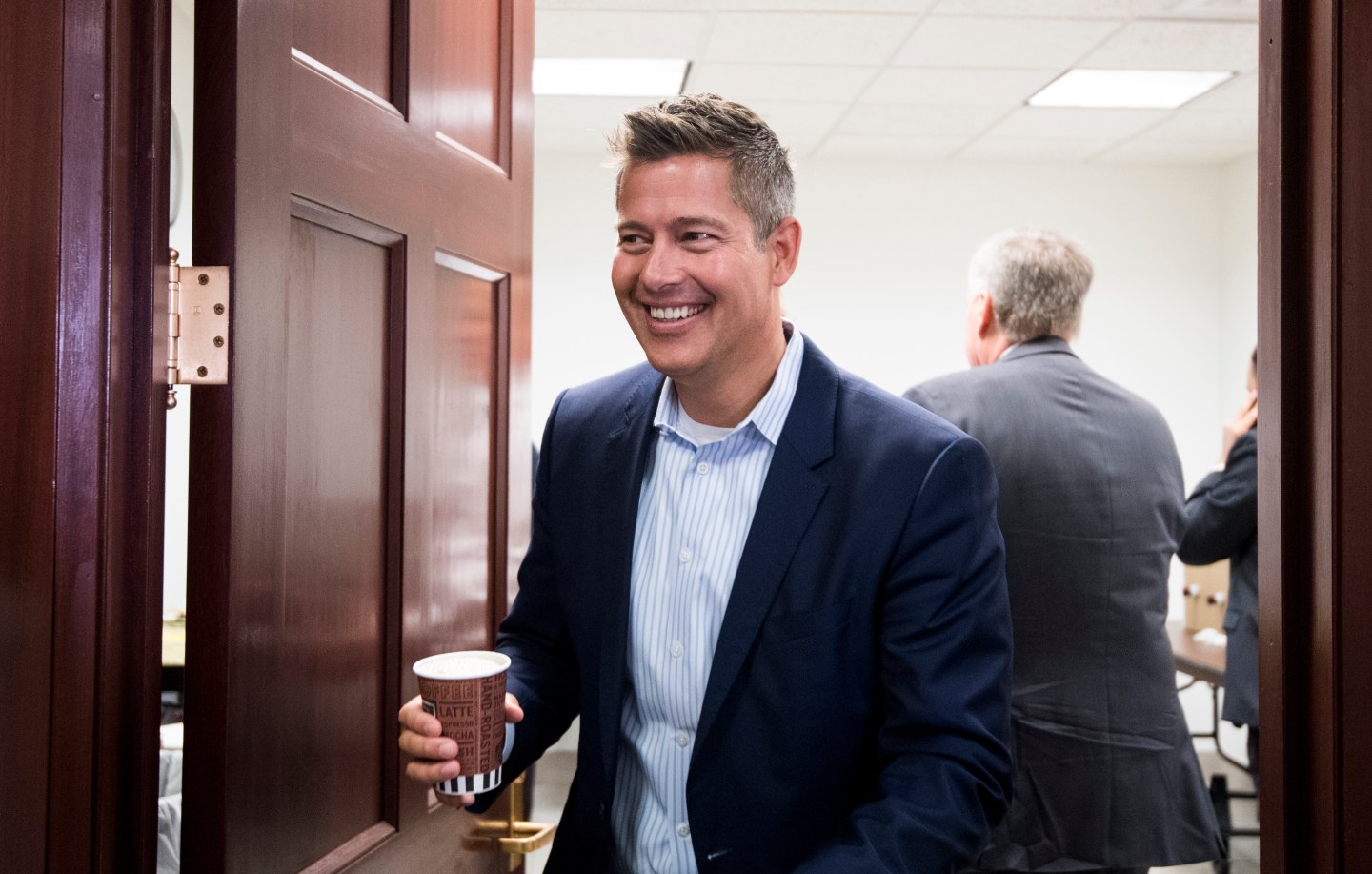 Republican Rep. Sean Duffy, a staunch supporter of President Donald Trump who was on the cast of MTV’s “The Real World” before he went into politics, announced Monday that he is resigning from his Wisconsin congressional seat to spend more time with his family.

Duffy, 47, posted on Facebook that he recently learned that his ninth child, who is due in October, has a heart condition and “will need even more love, time, and attention due to complications.”

Duffy, who was on “The Real World: Boston” in 1997, plans to resign on Sept. 23. Democratic Gov. Tony Evers will call a special election to fill the vacancy and is researching options for when to hold it, said the governor’s spokeswoman, Melissa Baldauff.

The fifth-term congressman represents Wisconsin’s 7th District, which covers all or parts of 20 northern and northwestern Wisconsin counties and is the state’s largest congressional district, geographically. It has grown more conservative since Duffy took office in 2011. In 2012, Republican Mitt Romney carried the district with 51% of the vote, compared with 48% that went to then-President Barack Obama. In 2016, Trump won it by 57% to 37% over Democrat Hillary Clinton.

Duffy has been widely mentioned as a possible candidate for U.S. Senate or governor in 2022. Duffy leaves Congress with about $2.4 million in his campaign fund, based on the most recent report that ran through June 30.

In his resignation announcement, Duffy said being away from his family for four days a week to serve in Congress is “challenging” and “I have always been open to signs from God when it comes to balancing my desire to serve both my family and my country.”

“I have decided that this is the right time for me to take a break from public service in order to be the support my wife, baby and family need right now,” Duffy said. “It is not an easy decision — because I truly love being your Congressman — but it is the right decision for my family, which is my first love and responsibility.”

Duffy replaced 15-term Democratic Rep. Dave Obey, who announced his retirement 10 months after Duffy entered his first race for the seat. Duffy had been a district attorney for eight years before being elected to Congress.

Duffy met his future wife, Rachel Campos-Duffy, on the set of MTV’s “Road Rules: All Stars” in 1998. Together, they have eight children and Duffy announced in May that she was pregnant with their ninth child.

State Sen. Tom Tiffany, a Republican who lives in Duffy’s district, was one of the first to release a statement after the retirement was announced, thanking Duffy for his service and wishing him luck.

Tiffany issued a second statement later Monday, saying he’d been receiving a “number of calls asking about what’s next,” a nod to questions about whether he may run for the seat. He said he planned to talk to his family and announce his plans soon.