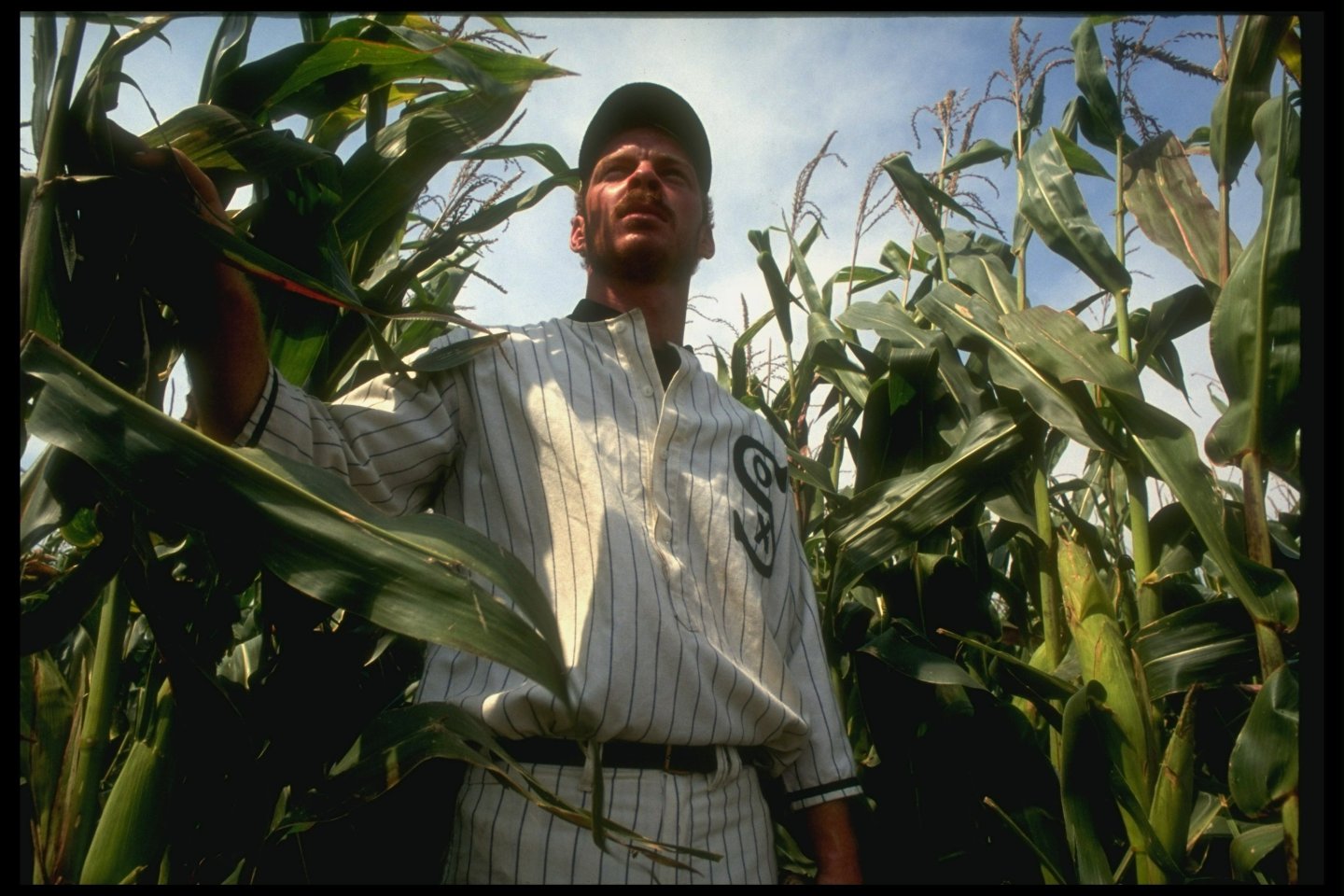 DYERSVILLE, IA - AUGUST 25: A "ghost player" in a vintage Chicago White Sox baseball uniform emerges from a cornfield as he re-enacts the scene at the baseball field created for the motion picture 'Field of Dreams' on August 25, 1991 in Dyersville, Iowa. Rita and Al Ameskamp who, with Don and Becky Lansing, co-own the site have turned the cornfields and baseball diamond into a summertime tourist attraction, including "ghost player" reenactments. (Photo by Jonathan Daniel/Getty Images)
Jonathan Daniel–Getty Images

Major League Baseball’s efforts to reinvigorate viewership have taken it to Mexico and London. Now it’s betting on a classic film location in Iowa as its next eye-catching venue.

The New York Yankees and the Chicago White Sox will play a 2020 regular-season game at the “Field of Dreams” site in Dyersville, Iowa, the league said in a statement Thursday.

The game will air on Fox and take place on Aug. 13, 2020. MLB said it will begin construction on an 8,000-seat stadium later this month. Features will include a right-field wall with windows to show the cornfields beyond.

“Field of Dreams,” the 1989 film starring Kevin Costner, tells the story of an Iowa farmer who begins to hear voices and have dreams that lead him to build a baseball field in a cornfield.

“It seems very fitting that 30 years after the film’s debut, MLB will build a ballfield in an Iowa cornfield where we will come to play a game so that baseball fans can create their own memories to be cherished for decades,” Jerry Reinsdorf, chairman of the White Sox, said in the statement.

Hal Steinbrenner, managing general partner of the Yankees, said the team is “proud to participate in such a unique celebration of baseball. ‘Field of Dreams’ captures the pure essence of baseball.”