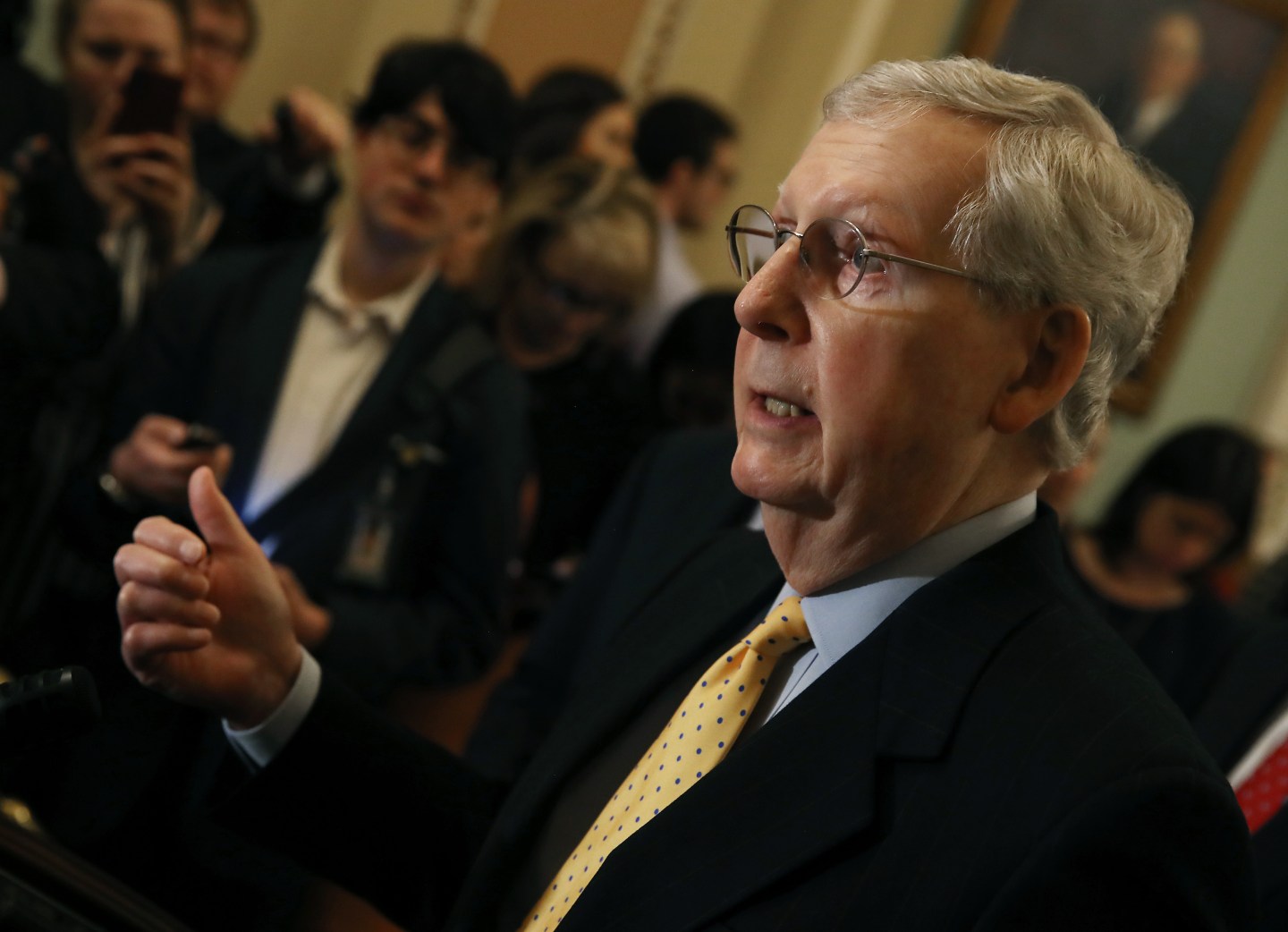 The Republican Party, the Trump campaign and other GOP organizations said Thursday that they are freezing their spending on Twitter to protest the platform’s treatment of Senate Majority Leader Mitch McConnell.

Twitter temporarily locked McConnell’s campaign account Wednesday after it shared a video in which some protesters spoke of violence outside his Kentucky home, where he is recovering from a shoulder fracture.

The social media platform said in a statement that users were locked out temporarily due to a tweet “that violated our violent threats policy, specifically threats involving physical safety.” The statement did not indicate exactly how long the account was frozen, saying only that it was temporary. The account was active Thursday, but no longer contained the tweet.

The Courier-Journal reported one protester said McConnell should have broken his neck instead of fracturing his shoulder; another spoke of violence when responding to a reference about a hypothetical McConnell voodoo doll.

In an interview Thursday on Louisville radio station WHAS, McConnell said the decision to ban his campaign account was indicative of the “left-wing tilt of these big companies,” which he said suppress speech on social media they don’t agree with but did nothing when people were calling him “Massacre Mitch.”

Some Twitter users applied that label to the senator for blocking consideration of House legislation imposing new regulations on guns. McConnell called the label “obviously an invitation to violence.”

Twitter and other social media companies say they have no political bias.

“We will stand firmly with our friends against anti-conservative bias,” Poling said.

The national Republican Party and President Donald Trump’s reelection campaign had projected spending $300,000 to $500,000 this month on Twitter, according to one GOP official who spoke on condition of anonymity because the official wasn’t authorized to publicly discuss the plans.

The GOP’s criticism of Twitter comes as Trump and McConnell are being pressured to endorse gun control measures after last weekend’s mass shootings in El Paso, Texas, and Dayton, Ohio, that left 31 people dead.

Trump’s denigration of minorities and immigrants has prompted many to blame him for contributing to an anti-immigrant atmosphere.

On Thursday he told the Louisville radio station that when lawmakers return next month, he wants them to consider expanded background checks and other legislation that would help authorities take guns from people considered dangerous.

—After the El Paso shooting, a call for stronger protections for Mexicans in America