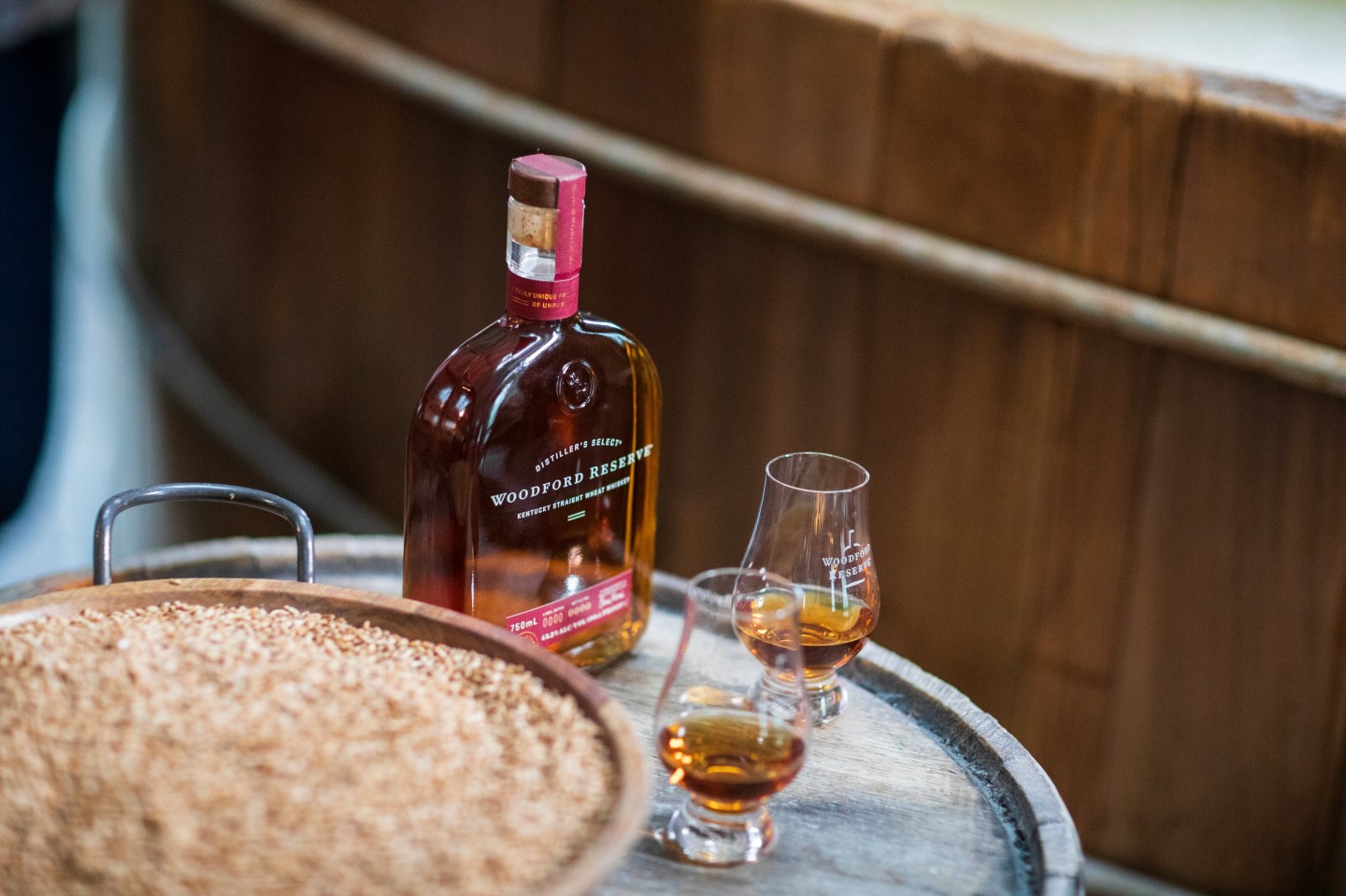 After Prohibition, the federal government issued the Federal Alcohol Administration Act of 1935, which provided guidelines for four distinctive styles of American straight whiskey: bourbon, rye, wheat, and malt. Each uses a different grain (or blend of grains) as the focal point. Now, Woodford Reserve is one of the first whiskey brands to offer all four of those unique expressions based on those standards.

“This is exciting because it’s the first time for Woodford to do a Kentucky straight wheat whiskey,” Elizabeth McCall, Woodford’s assistant master distiller, tells Fortune. “This has four types of grain in it, which I think is unique to what we see in the market. And it’s rounding out Woodford Reserve expressions of flavor.”

McCall conducted a tasting of the new expression with journalists and bartenders in July during “Tales of the Cocktail,” an annual cocktail conference held in New Orleans.

“If you’re a fan of Woodford, you still know it’s Woodford Reserve,” McCall says. “You’ll still have the aromatic notes. You’ll still have spice and wood and grain. This is going to be Woodford, but taking the fruit notes and really pushing them forward.”

Beyond its well-known bourbon, Woodford also sells a double-oaked expression, a rye, and a malt.

“What’s exciting for us is that we now feel our circle is complete,” McCall says. She also stresses that the brand’s Kentucky Straight Wheat Whiskey will particularly appeal to drinkers who love the cherry, cranberry, and apple notes in Woodford’s bourbon.

Woodford’s full lineup will come in handy especially when making cocktails. If you want to make a more fruit-forward cocktail, you might choose the wheat, while the rye will add more spice notes, and the malt nut-and-chocolate-inspired notes.

“If you want to change your cocktail just based on the spirit, you can do that with the entire family of Woodford Reserve,” McCall says.

Woodford Reserve Kentucky Straight Wheat Whiskey is available now for a suggested retail price of $35 for a 750-milliliter bottle, its cost on-par with the other expressions in Woodford’s lineup.