Bitcoin’s Impressive 2019 Run Could Be Over After Trump Critique 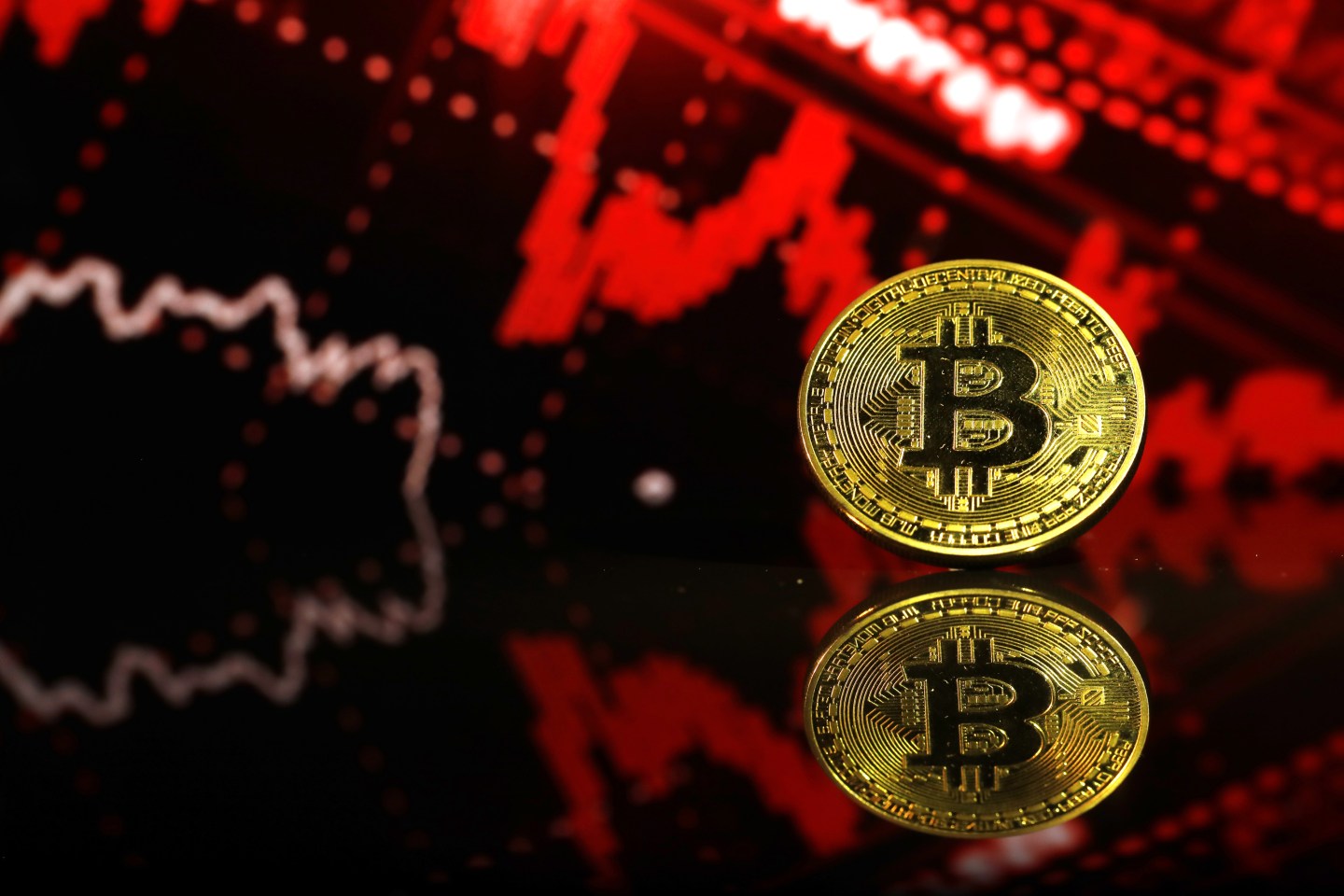 FILE: A coin representing Bitcoin cryptocurrency sits reflected on a polished surface and photographed against a photo illustration of electronic data indicating stocks falling in this arranged photograph in London, U.K., on Thursday, Feb. 8, 2018. The great cryptocurrency crash of 2018 is heading for its worst week yet. Bitcoin sank toward $4,000 and most of its peers tumbled on Friday, extending the Bloomberg Galaxy Crypto Indexs weekly decline to 25 percent. Thats the worst five-day stretch since crypto-mania peaked in early January. Photographer: Luke MacGregor/Bloomberg via Getty Images
Luke MacGregor–Bloomberg via Getty Images

Bitcoin slumped briefly below $10,000 on Monday, following another weekend sell-off that saw some digital tokens plunge by more than 20%.

The largest cryptocurrency fell as much as 17% from Friday before paring its drop to 11% at $10,571 as of 11:50 a.m. in New York, according to Bloomberg composite pricing. Other highly traded coins also retreated: Ethereum declined 17% and Litecoin fell 13%.

The tumble comes days after U.S. President Donald Trump criticized digital coins on the heels of this year’s stellar rally. Trump wrote on Twitter on Thursday that he is “not a fan of Bitcoin and other Cryptocurrencies, which are not money, and whose value is highly volatile and based on thin air,” adding that “Unregulated Crypto Assets can facilitate unlawful behavior, including drug trade and other illegal activity.”

Bitcoin “continues to trade lower as comments from President Trump put downward pressure on the cryptocurrency,” said Alfonso Esparza, senior market analyst at Oanda Corp. in Toronto. Drawing Trump’s ire means “it could fall further to $8,000, giving back all the gains made in June.”

Bitcoin initially climbed after Trump’s comments, but has since more than erased the gains.

Technical indicators were ominous, too. The GTI Vera Convergence Divergence indicator, which detects positive and negative trends, flashed a sell signal as Bitcoin hovered around $10,000.

Though it remains the key support line for the coin, a sustained break below that threshold could signal further losses ahead. The last time the indicator flashed a sell signal — in early June — Bitcoin dropped about 10% over the subsequent two trading sessions.

—Why blockchain ‘hype’ needs to stop

—How the media shapes the crypto industry

—Can blockchain build a better bank?

—What’s next in blockchain? Just ask this teenage engineerSign up for The Ledger, a weekly newsletter on the intersection of technology and finance.