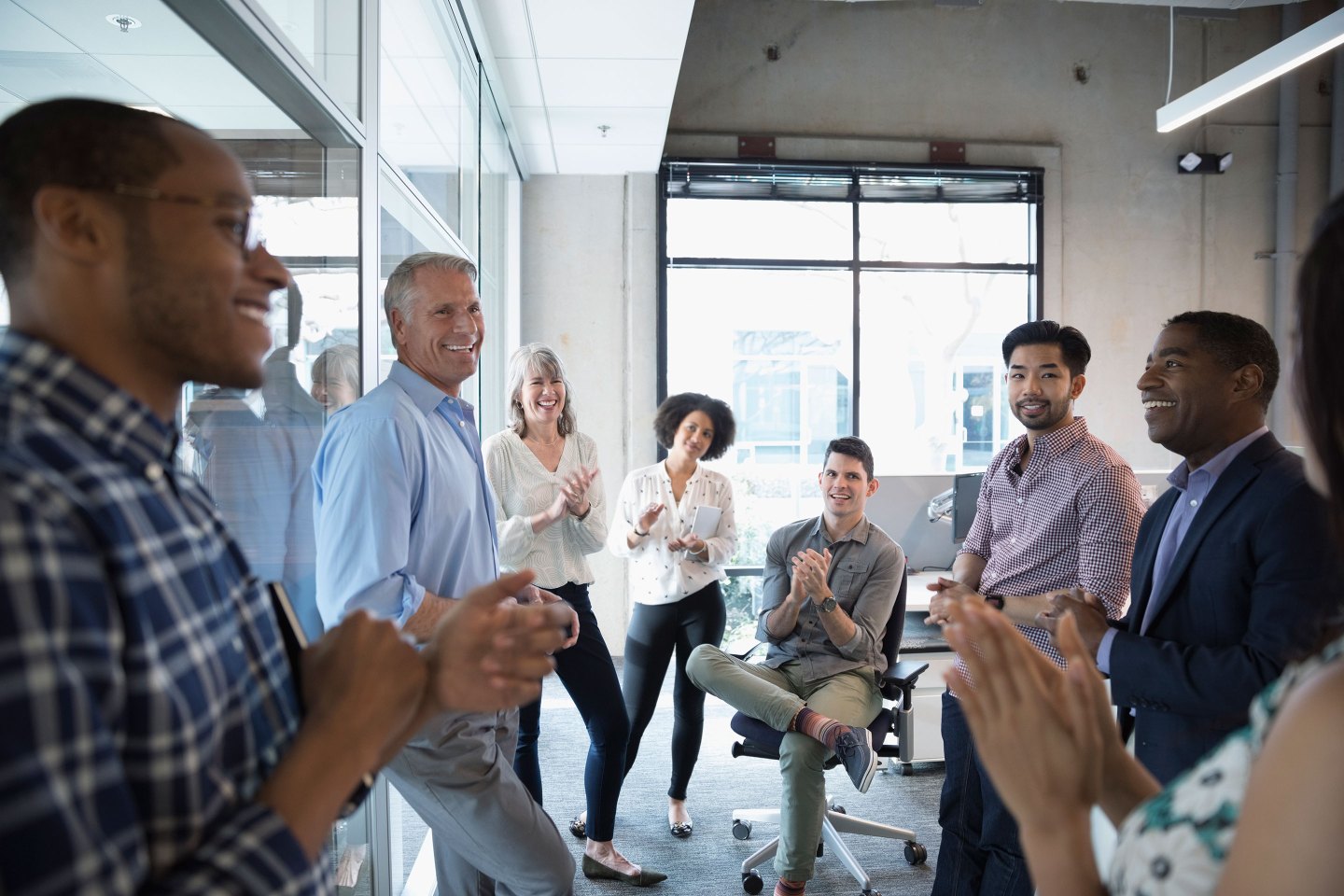 To call Vivianne Castillo a mere “user experience researcher” is to miss the power of her world view.

“Choosing courage over comfort,” is her motto.

But user experience and design is her day job, now at Salesforce, which she describes as “leveraging research to help C-suite executives across various industries and companies convey what is really meaningful to their internal and external customers.”

After listening to this extraordinary presentation, delivered at last year’s UXR Conference, I have new hope for C-s executives.

The title of her talk is Ethics & Power: Understanding the Role of Shame in UX Research, and while she clearly delivers the design goods, she does so by explaining how certain human experiences – like shame, guilt, vulnerability, and the everpopular empathy, actually work.

I’m going to guess that most people don’t really know.

The Chicago native has a master’s degree in theology, a background in psychology and counseling, and has worked for years with vulnerable populations: People experiencing homelessness, child trauma victims, people looking to leave prostitution, people dealing with addiction. It’s an interesting starting point for C-Suite worthy insights.

“How I got into UX research and design I had a mentor who really encouraged me to find a creative hobby which had a beginning and end,” she said to what I imagine was a bemused crowd of designers. “Because in counseling it never ends. It never stops.” She fell immediately in love with the discipline. “I find there is a lot of overlap between what we do as UX researchers and what counselors do.” and a cost to both. “Part of the reason people don’t go back to counseling is because they had a really shitty experience.”

Designers will enjoy her story, but so much of what she talks about is profoundly useful for people who are learning to lead, already running teams, or working to make companies more inclusive. And I use “profoundly” for a reason.

The work, then, starts with the person who makes the space.

What follows is a 24-minute master class in design that busts some persistent myths and offers a clear contrast to the “get people to share/do/buy more stuff” mantra that been the guiding principle for so much of the user experience in things like shopping, social media, and games. But it also helps light a path for anyone who wants to design a better experience for anyone, for any reason.

You might even find ways to make yourself feel more at home in your own skin.

IKEA wins big at Cannes for their ThisAbles campaign. Did they deserve it?
At first blush, IKEA’s ThisAbles ad, which won the Grand Prix in the category of Health and Wellness communications at Cannes Lions this year, is a triumph of inclusion. It features an inclusion-themed hackathon which brought together designers, experts, and people with disabilities to create simple add-on devices which would make popular IKEA furniture more accessible to people with mobility issues. It’s quite compelling. The problem is that the ad understates the role of Eldar Yusupov, a man with cerebral palsy who appears in the ad, played in pushing IKEA to make the accommodations. Instead, it centers IKEA itself as the savior of disabled people, so “they can also feel comfortable in their own homes like everyone else.” It’s a subtle but informative critique. Critical Access

To be Latina founder in search of investment
Sophia Wood is a principal at Magma Partners, a Latin America-focused early stage venture capital firm and the co-founder of the excellent LatAm List, an English language site focusing on Latin American startups. While investment in all women-led companies remains dreadfully low, only .4 percent of the $400 billion in venture capital funding deployed between 2009 and 2017 went to Latin American women, she says. Wood points to the systemic barriers and cultural norms which hold women back and which often vary from country to country. In this piece, she interviews six female founders on their experiences seeking investment capital. Mixed gender teams do better raising money from Latin American funds, but beware the bias in the room says one. “I have been in meetings full of male investors who don’t say everything they want to say, or they treat me differently from my male partners and try to be gentle with me.” The false chivalry robbed her of her power to negotiate. Crunchbase

A black principal and a senior prank turned hate crime
It happened in a suburban Maryland county with long-time progressive bona fides. It was the last day of classes, only a picnic and awards ceremony remained. But the words which had been spray-painted around the grounds of Glenelg High School cut deep: “KKK,” “Fuck,” Jews,” “Fags,” “Nigs” and finally, “BURTON IS A NIGGER.” The team dispatched by David Burton, the school’s principal, was unable to cover all the damage before people started arriving in their caps and gowns, and Burton was forced to re-write his speech addressing the incident. This is the poignant start to a complicated tale of a community rocked by what was described as a senior prank gone wrong, and whose four, white and masked perpetrators, all seniors, were immediately identified — because their phones auto-connected to the school’s WiFi during the attack. Washington Post

The durag as a political statement
The Zora magazine on Medium continues to be a delight, this essay is only one recent example. Writer Jame Jackson takes on the durag, a bit of headwear that has practical utility for people with certain kinds of hair but has been given a negative cast in mainstream media, not unlike the tank style undershirt, known colloquially as a “wife beater.” She walks through the origin of the durag itself, and its use by rappers of the early aughts, who “popularized the look, which took on a personality beyond preserving hairstyles to represent a shared experience of Blackness.” But now, she says, black women are embracing the political statement it represents. That Beyonce and Rihanna sported one, she says, keeps blackness public, and “also equips Black women to reclaim a narrative that has existed against the Black community for years, one that argues we can’t be mainstream successful and also ‘too black.’” Zora

danah boyd: Tech can change. But it will require re-tooling the entire culture
I’m revisiting this piece from technologist and researcher danah boyd, in anticipation of the enabling behavior that will be revealed in wake of the re-arrest of sexual offender Jeffrey Epstein. In this piece, she addresses the sexist behavior in the venture community that is/was both troubling and widespread. “To say that discrimination, harassment, and sexual innuendos are an open secret is an understatement. I don’t know a woman in tech who doesn’t have war stories,” she says. (She shares a few of her own.) But for a sector that aggressively dreams to change the world, it is profoundly unwilling to reflect on its own systemic weakness. She lays out a four-point plan to move past individual mea culpas into real change in any sector: Recognition, repentance, respect, and my personal favorite, reparation. danah boyd

An interview with Teju Cole
Teju Cole is the modern version of a “Renaissance man,” a gorgeous novelist and searing art critic; a wide-ranging essayist and curious photographer who is equal parts American and Nigerian. This interview is with Steve Paulson, the executive producer of To The Best of Our Knowledge from Wisconsin Public Radio. The visit was to promote his book, Blind Spot, a collection of photographs and essays, woven together in a unique style that references both a documentary and a novel. But the conversation became, as one might expect, a rich exploration of observing both the world and the observer. “Now I realize that looking at the world, making images, writing about images, writing about things that are not images, all of it is an attempt to testify to having been here and seen certain things, having looked at the world with a kind eye but an eye that is not ignoring questions of justice and history.” The Millions

“This is my charge to everyone: We have to be better, we have to love more and hate less. Listen more and talk less. It is our responsibility to make this world a better place.”