The Hong Kong Dollar Is on a Tear 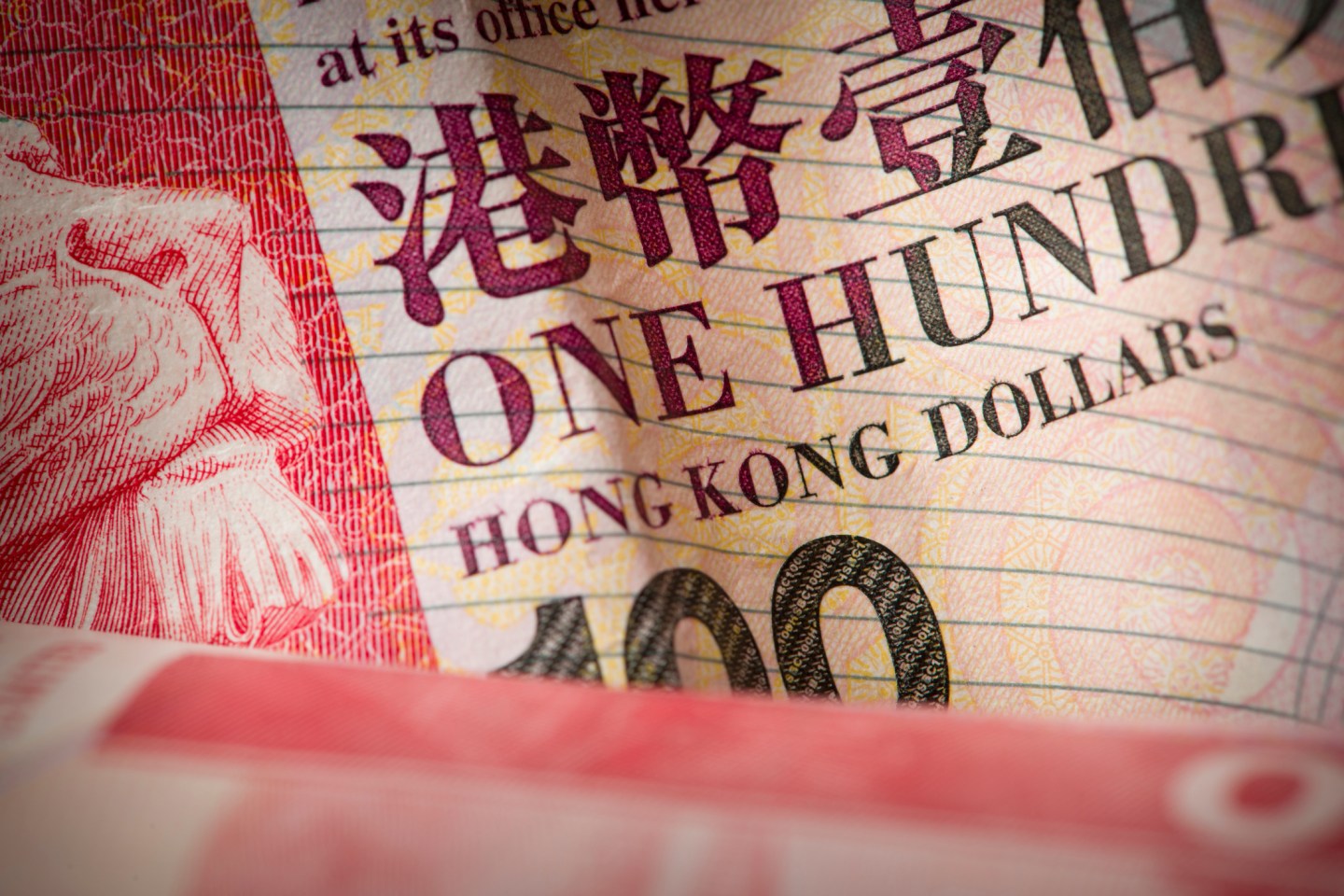 The Hong Kong dollar advanced to its strongest since May 2017 as tight liquidity in the city keeps borrowing costs elevated.

The currency rose as much as 0.19% to 7.7827 versus the greenback Thursday, days after it started trading in the strong half of its band for the first time since September. The local one-month interbank rate rose 29 basis points to 2.99%—the highest in more than decade—while the overnight Hibor jumped 84 basis points to 3.14%.

Local money rates are surging as companies hoard cash to pay for dividends and large share sales lock up funds, outstripping the income a trader can expect on U.S. dollars. That’s undermining a once-popular trade to sell the Hong Kong dollar and buy the greenback that had pushed the city’s currency to the weak end of its trading band only months ago. The tighter liquidity has also coincided with recent demonstrations in Hong Kong.

The Asia-Pacific arm of Anheuser-Busch InBev this week started preparing for a listing that could raise as much as $9.8 billion, while Alibaba Group Holding Ltd. is said to have filed for an IPO that could raise $20 billion.