Why U.S. Teachers Are Protesting Alongside Cages in Geneva 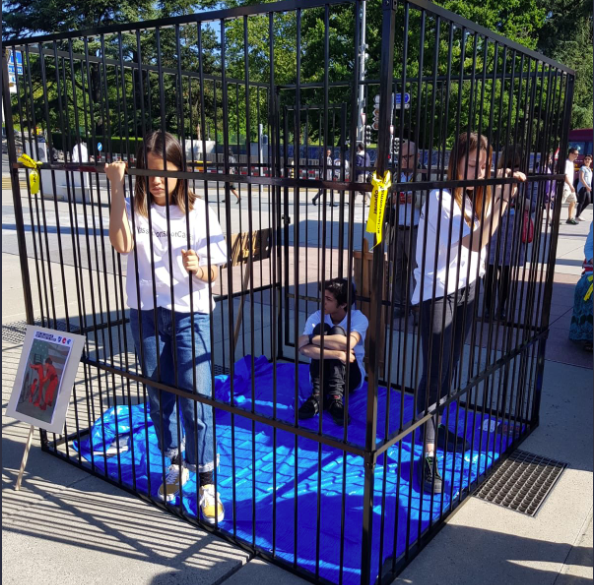 Approximately 100 people turned out Monday morning to condemn the U.S. government’s actions. Students from the International School of Geneva played recordings of young migrant children in immigration detention, as they protested the policy with cages outside the meeting.

Immigration rights advocacy groups attended the rally, as did international representatives from Mexico, Kenya, South Africa, and Germany, among others.

“As teachers we dedicate our lives to the well-being of children. Therefore we cannot stand idly by and watch children in need denied their rights,” David Edwards, the general secretary of Education International told Fortune in an emailed statement. “This unprecedented mistreatment of children has crossed so many lines. Education International stands shoulder to shoulder with teachers in the U.S., Mexico and around the world in the defence of the rights of the child.”

In June 2018, the AFT, along with the Hispanic Federation, PEN America, and the NAACP, filed a formal complaint with the Human Rights Council against the Trump administration’s policy.

The filing states the U.S. policy violated several U.N. Conventions, and argues that Trump’s “zero tolerance” immigration policy constitutes a form of torture and violates protocols relating to the rights of refugees.

Randi Weingarten, a long-time educator, lawyer, labor leader, and the president of the American Federation of Teachers, told Fortune the advocacy groups took an international approach to fight Trump’s policy “to ensure that the eyes of the world are watching the United States of America.”

“The shock of America having this cruel policy has worn off, but the effects of this policy are as extreme today as when it was first announced,” said Weingarten. “These are children. The United States is condemning them to a life of oppression, repression, and trauma.”

A federal judge last year ordered the Trump administration to stop separating children from their parents at the Southern border, but some migrant families were still being separated in the months that followed, Vox reported in February.

The Trump administration was also ordered to reunite thousands of immigrant children with their parents, but federal officials said in court filings dating back to April that it could take up to two years to identify all the children who were separated from their families.

Instead, the policy was part of the president’s failed efforts to deter migrants from entering the U.S. from the border with Mexico. Thousands of families were separated at the border, even before the policy was made known to the public in June 2018.

Meanwhile, teachers, labor leaders, and immigration rights advocates continue to rally against the policy. The loose coalition of movements seemed natural to Weingarten, who said both the labor movement and educators play an important role fighting for the freedom and dignity of workers and families.

“Every day we educate other peoples’ children and that means we fight for their safety and wellbeing,” said Weingarten. “I don’t think you can pick and choose which kids you fight for.”