The First 2019 Democratic Debate: Who Made It—And Didn’t Make It 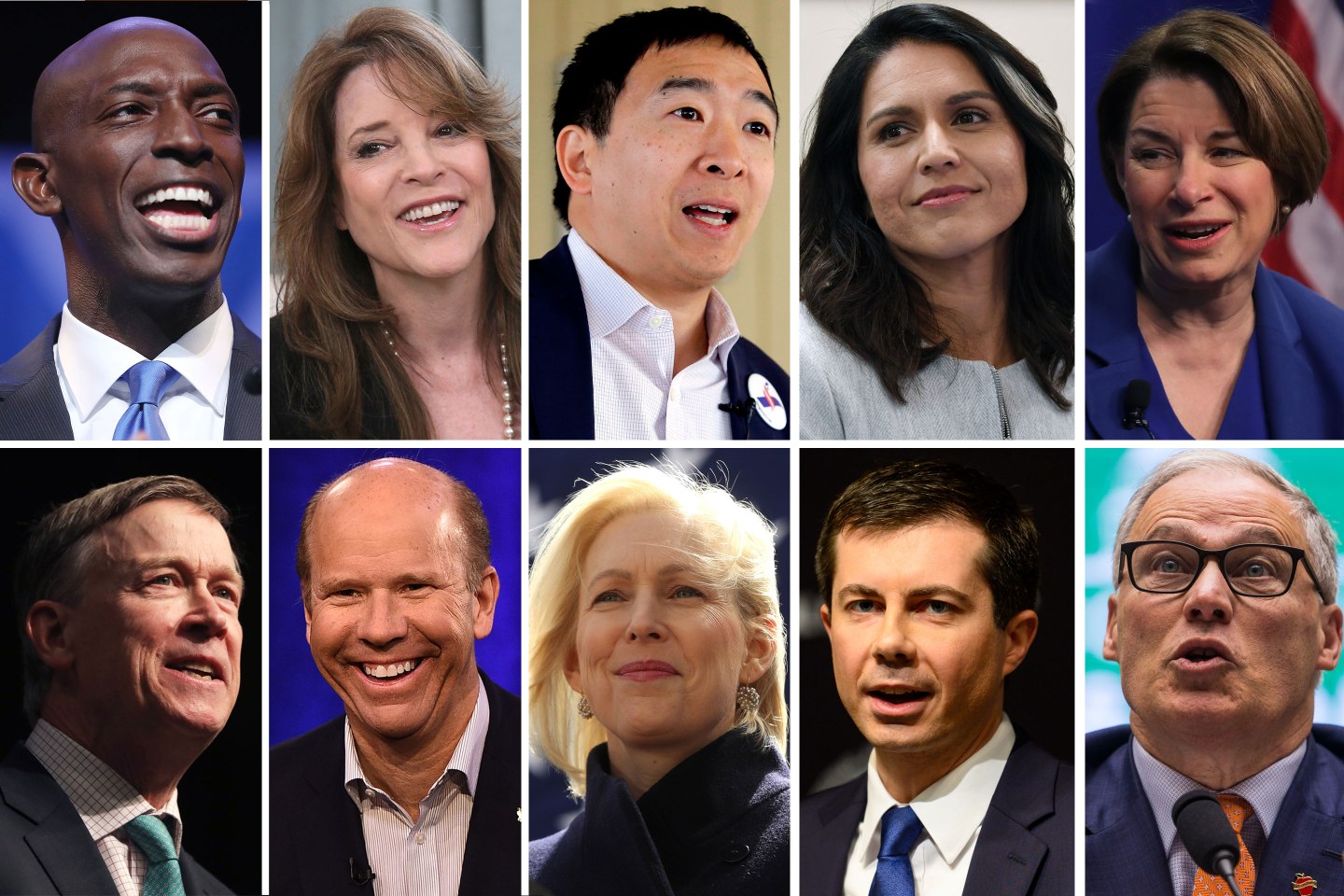 A handful of the 2020 Democratic presidential candidates
Getty Images (10)

The Democratic National Committee unveiled the list of candidates who will take part in the first presidential primary debates of the 2020 election.

The debates, set to take place over two nights with 10 candidates on each stage, will take place in Miami on June 26 and 27. The group participating each night will be selected at random with a mix of high-polling and low-polling contenders.

Below are the candidates who have qualified based on the DNC rules.

To qualify, the DNC required a threshold of at least 1% support in major polls, or 65,000 individual donations from at least 20 states. If more than 20 candidates qualified under at least one criteria, the DNC would decide who to cut.

The DNC, which was eager not to be seen as stacking the deck against outsiders, said it was transparent about the standards.

“Each candidate was invited based on the qualification criteria agreed to by the DNC and NBC News, announced publicly in February,” the committee said in a statement.

Lineup for the First Democratic Debates

NBC has announced how it will divvy up the 20 Democratic candidates for the first debate of the 2020 election campaign.

The Democratic National Committee says it divided the candidates at random but ensured that contenders considered front-runners would not be stacked on one night to avoid the impression that one night was more important than the other.