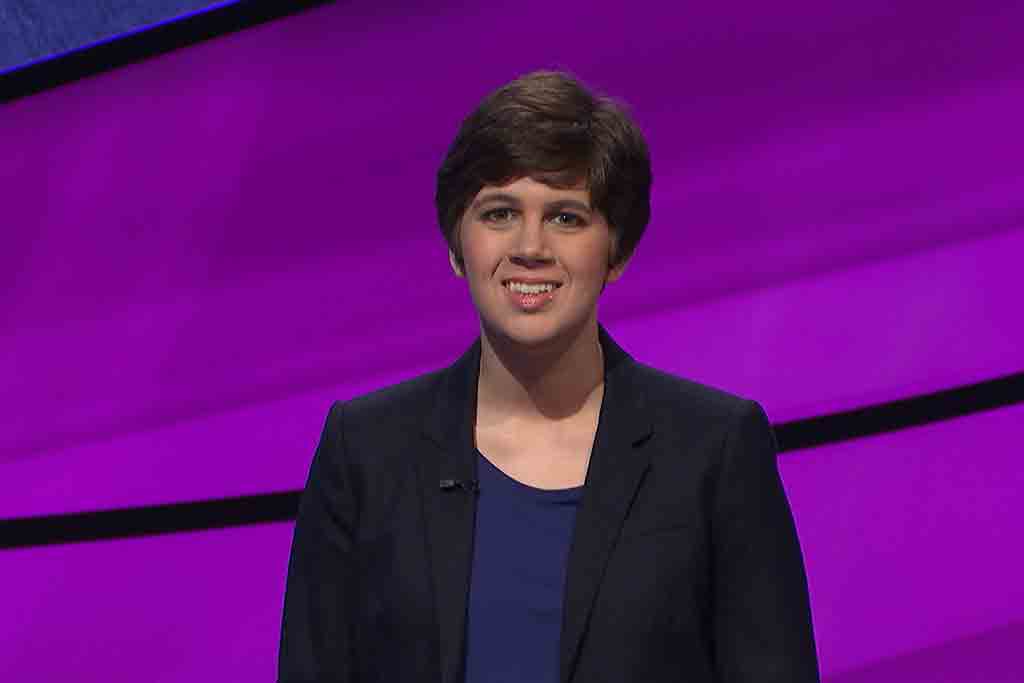 Two days ago, Emma Boettcher was a librarian at the University of Chicago, whose life was hardly the topic of the media circus. Monday night, though, she became a legend killer and found herself firmly in the spotlight.

Boettcher’s defeat of Jeopardy! champ James Holzhauer was as dramatic as the 34-year old professional gambler’s run on the show. After 32 consecutive wins and $2.46 million in winnings, Holzhauer fell short after making a too modest wager in the game’s final round. His streak ended with him narrowly missing the $2.52 million Ken Jennings won on the show in 2004.

So who is Boettcher?

A long time fan of the show, Boettcher majored in English at Princeton University and got her Master’s degree at the University of North Carolina-Chapel Hill. Her thesis, “Predicting the Difficulty of Trivia Questions Using Text Features,” incorporated Jeopardy! clues.

Her undergraduate thesis, by the way, was on Shakespeare, so Monday’s Final Jeopardy question, which revolved around As You Like It, was her chance to shine.

Boettcher was told of Holzhauer’s streak when she went to play, but because the show is filmed well in advance (Monday’s was filmed on March 12), none of his episodes had yet aired.

As for her run, there’s no telling how long it will last, either. Boettcher, though, says she plans to pay off her student loans with her winnings and plans to make a donation to UNC’s library school.

Listen and subscribe to our new audio briefing, Fortune 500 Daily: