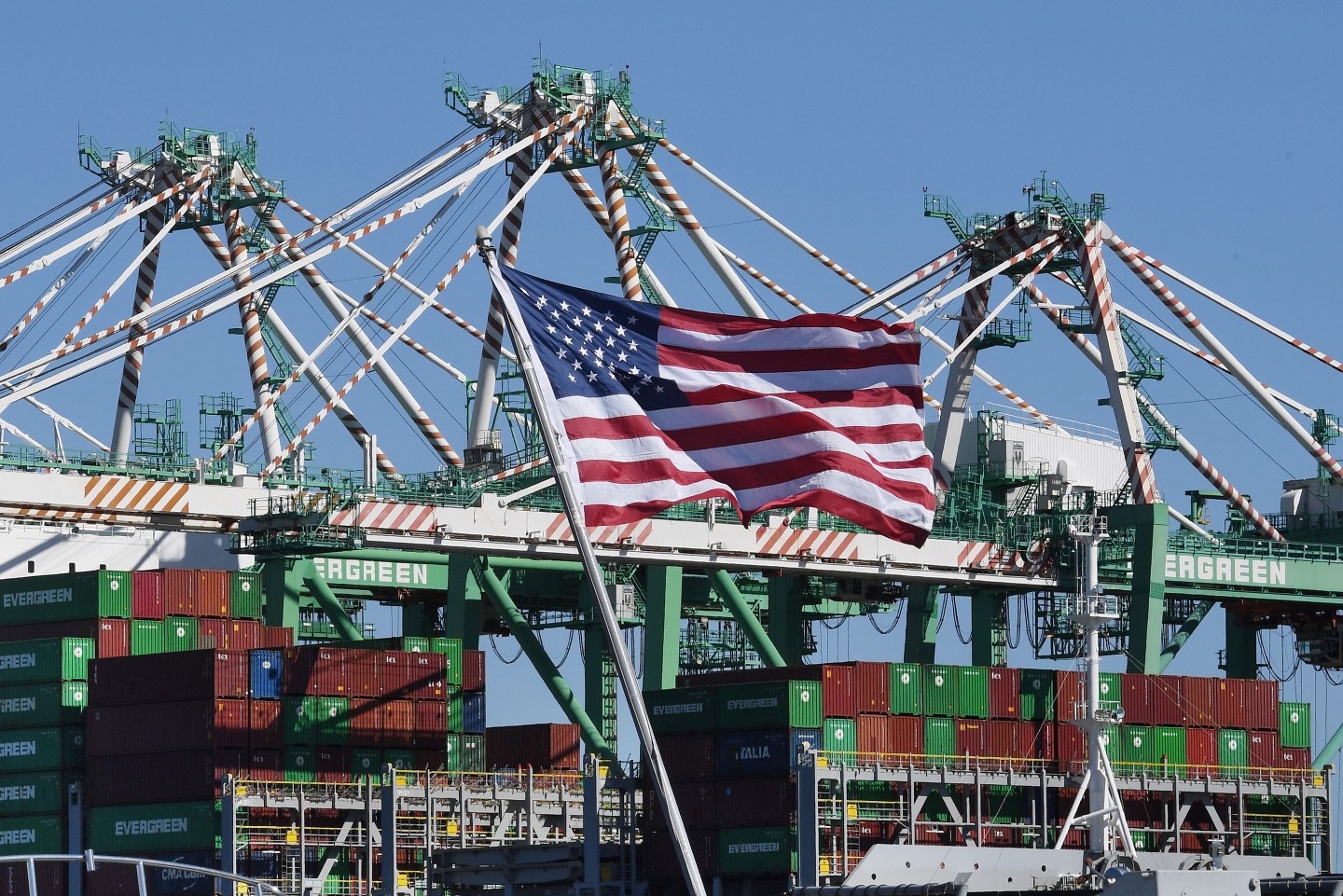 Shipping containers from China and other nations are unloaded at the Long Beach Port in Los Angeles, California on February 16, 2019. - President Donald Trump said trade talks with China were going "extremely well," and he said he might extend a key March 1 deadline for increasing tariffs if a deal is near. (Photo by Mark RALSTON / AFP) (Photo credit should read MARK RALSTON/AFP/Getty Images)
Mark Ralston—AFP/Getty Images

The U.S. economy continues to steam ahead. Gross domestic product (GDP) grew at a 3.2% annualized rate in the first quarter of 2019, the Department of Commerce announced today—with that figure exceeding expectations and continuing one of the longest economic expansions in American history.

It also dispels concerns, at least for now, that there could be a slowdown on the horizon. December’s severe market volatility shook confidence in the outlook for the global economy, but Friday’s numbers indicate that the U.S. recovered exceptionally well in the first quarter of the year, and continues to outperform sluggish conditions seen elsewhere in the world.

Yet that’s not to say it’s an entirely rosy picture. The threat of a continuing trade war with China prompted American businesses to stockpile inventories at an accelerated rate—which boded well for GDP growth but also means that those goods and materials “will have to be worked off in the coming quarters,” PIMCO economist Tiffany Wilding said in a note Friday.

That dynamic could result in “offsetting negative implications” in the second and third quarters of this year, Wilding added—with PIMCO still forecasting real GDP growth of only around 2% in 2019, well below the pace seen in the first quarter. “Interestingly, the usual pattern of a weaker 1Q followed by strength in 2Q growth appears to be happening in reverse,” Wilding wrote.

Meanwhile, there are less than ideal indicators as far as consumer demand. Consumer spending, which comprises more than two-thirds of the U.S. economy, slowed to only 1.2% growth last quarter (compared to 2.5% ijn the fourth quarter of 2018). That slowdown was attributed to factors including delayed tax refund payouts as a result of the government shutdown at the start of the year, according to PIMCO, which noted that consumer demand “will likely rebound” in the second quarter.

But once again, it all appears to come back to China. The promise of a resolution to the U.S.-China trade dispute, as well as stimulus measures undertaken by the Chinese government, appear to have lifted the country’s growth prospects in recent months. But these days, there’s no promise that progressing trade talks lead to an actual deal—with self-imposed deadlines for an agreement between the two sides having already been pushed back.

And with tariffs on imports widely considered a key contributing factor to December’s tumultuous market conditions, a breakdown in talks could be the roadblock that brings this chugging locomotive of a U.S. economy to a staggering halt.