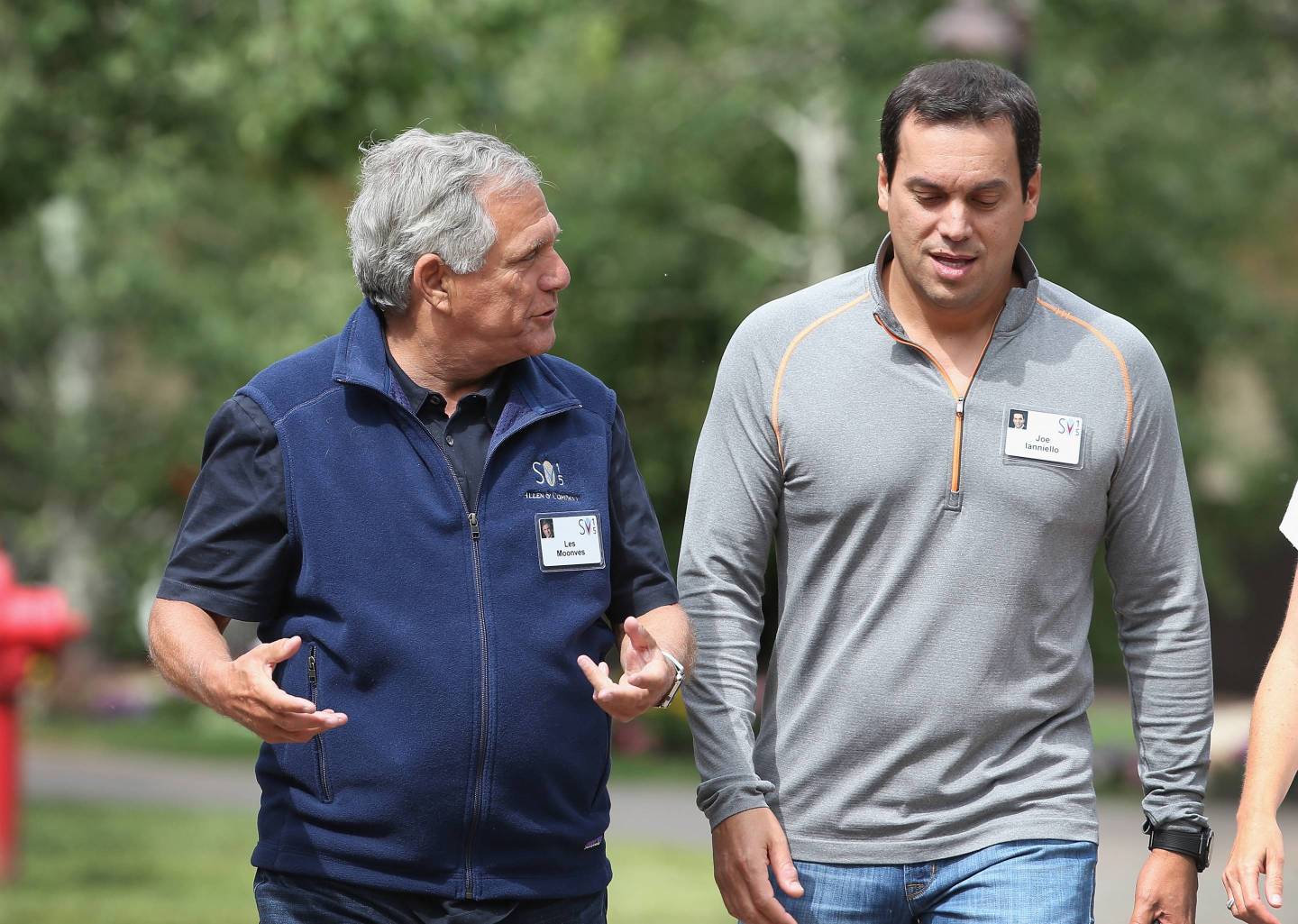 Leslie Moonves, then president and chief executive officer of CBS Corp. and Joseph Ianniello, pictured in 2015. Ianniello, who took over as acting CEO of CBS, after Moonves was ousted over allegations of sexual misconduct, will stay in the role through the end of 2019.. (Photo by Scott Olson/Getty Images)
Scott Olson Getty Images

CBS Corp. suspended its search for a new chief executive officer and said acting CEO Joseph Ianniello agreed to stay on through the end of the year.

“Joe has demonstrated exceptional leadership during this time of unprecedented transition at CBS,” the broadcaster said in a statement Tuesday.

Ianniello’s tenure has been marked by speculation the company would combine with Viacom Inc., years after they were split apart. Both companies are controlled by the Redstone family, which has voiced on-again, off-again interest in merging the companies. Ianniello took over after longtime chief Les Moonves was ousted over allegations of sexual misconduct in September.