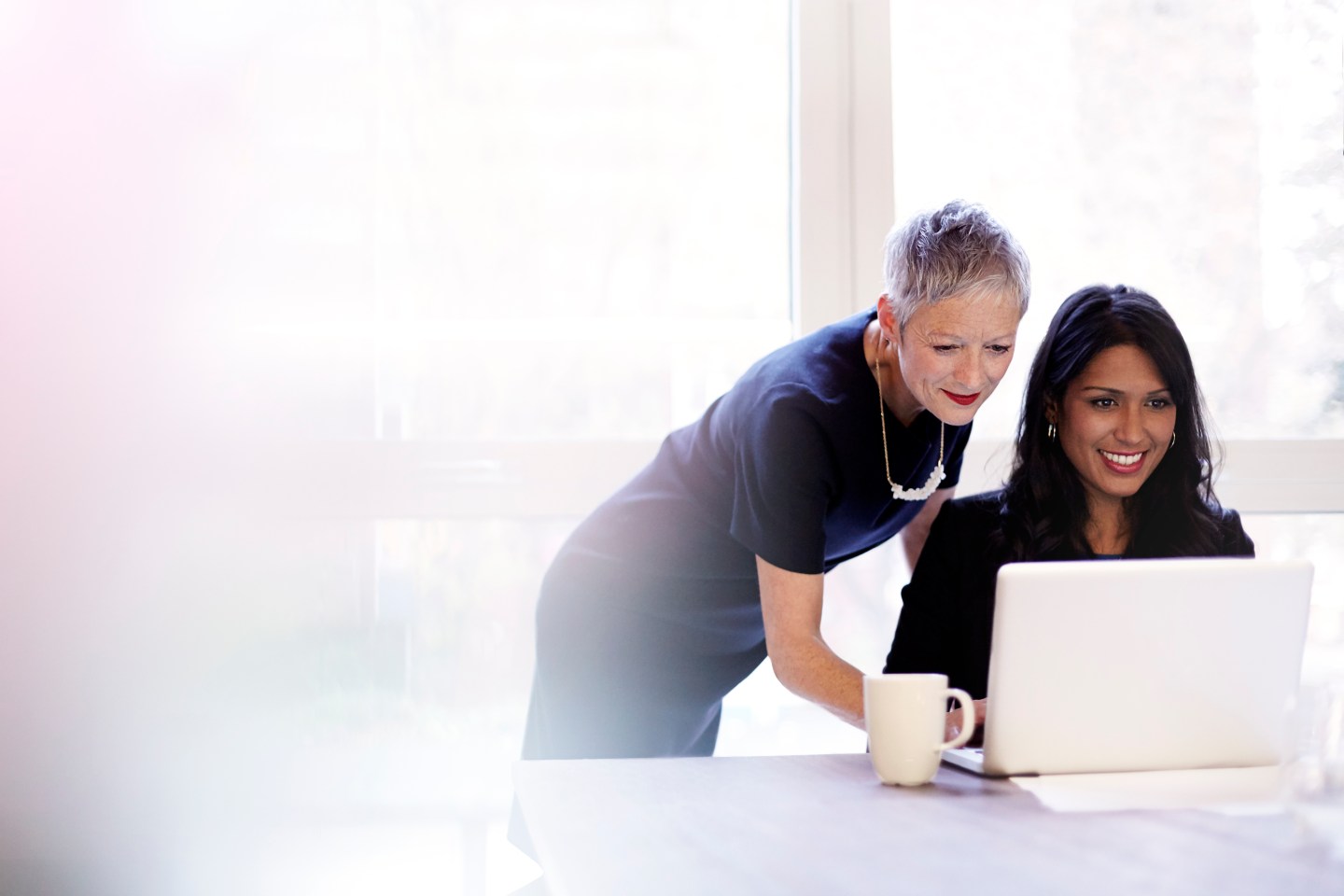 At a glance, mentoring seems like a great way to give all of the talent in the company an equal chance to move up. With coaching from someone a step or two higher on the org chart, the thinking goes, a promising employee from an underrepresented demographic is more likely to reach his or her full potential—which, plenty of research has shown, usually correlates with higher company profitability, too.

When sponsorship, a kind of mentorship on steroids, caught on in the past decade or so, it was supposed to accelerate diversity in corner offices, since sponsors go beyond advice to become advocates for their protégés. So why hasn’t it worked out that way?

You probably have only to look around your own shop to notice that, in the C-suite and the rarefied levels above, not much has changed. About one-third of middle managers (34%) are women, the EEOC reports, and almost that many (27%) are non-Caucasian. But at the very top, white men still rule. Only 4.2% of Fortune 500 CEOs, for instance, are women. An almost-invisible 3.8% are nonwhite. Even those tiny numbers are an improvement over the old days before anyone thought much (if at all) about diversity and inclusion, but we’re still light-years away from the kind of progress many companies expected.

A big reason, it seems, is that sponsorship—the kind of Mentoring 2.0 that helps propel people up the corporate ladder—most often takes place between a senior leader and someone he or she “feels comfortable” with, notes a study from the Center for Talent Innovation (CTI), a nonprofit think tank. Understandable as that is, it doesn’t help build a more diverse talent pool.

Consider: In a detailed survey of more than 3,000 full-time white-collar employees and executives nationwide, CTI found that almost three-quarters (71%) of self-described sponsors say their top protégé is the same race or sex as they are. Not only that, but only 23% have chosen a protégé with a different skill set or management style than their own—both of which are often connected, if only indirectly, to gender and ethnicity.

“In other words, most sponsors look for a Mini-Me,” observes Sylvia Ann Hewlett, a longtime human-capital guru, and a CTI cofounder and chair emeritus. That’s too bad, and not just for would-be protégés who miss out. Hewlett’s forthcoming book (her eleventh), The Sponsor Effect: How to Be a Better Leader by Investing in Others, is a deep dive into research on the many measurable ways that sponsorship, done right, can give sponsors’ own careers a boost too.

Senior managers who have a protege, for example, are 53% more likely to have been promoted within the past two years than their peers who don’t. The book is packed with lively case studies of executives whose sponsorship of younger up-and-comers helped their companies open up new markets, conquer social media, and recruit crucial new talent.

Great, but if mentoring and sponsorship are going to do much to increase diversity, how can leaders minimize the Mini-Me Syndrome? Let’s say you want to sponsor a high-potential person who is different from you, but you just don’t feel you really know any. “You have to be a bit of a talent scout,” says Hewlett, and make an extra effort to search out employees who don’t particularly remind you of your younger self, but whose performance and enthusiasm are exceptional.

“Most managers now have teams reporting to them,” she notes. “Look at your team members with new eyes, and see what skills and abilities they may have that they’re not necessarily using right now,” whether that’s a second or third language, or useful experience in a different functional area, or familiarity with a type of technology that’s rocking your industry.

“You also want to choose a protégé who’s trustworthy and reliable, and who’s committed to the organization,” Hewlett adds. To gauge those traits, she recommends not only using your own judgment but also asking other people in your company who have worked with this person, in much the same way you’d want to check references before hiring someone for a critical job.

It helps, too, to try to “get comfortable with the uncomfortable,” according to Jenn Labin, chief of talent and diversity at mentoring-software maker MentorcliQ. She has noticed that fear of inadvertently putting a foot wrong in conversation often makes managers hesitate to mentor or sponsor someone of a different gender, race, or sexual orientation—especially when it comes to giving candid feedback.

Her advice: Try anyway. “This is a learning relationship on both sides,” says Labin. A little awkwardness, at least initially, is perfectly okay. “It isn’t necessarily about who’d be the most fun to have lunch with,” she says. “It’s about spotting the person who has the most potential to move your business forward.” And, as we all know, those can be two entirely separate things.