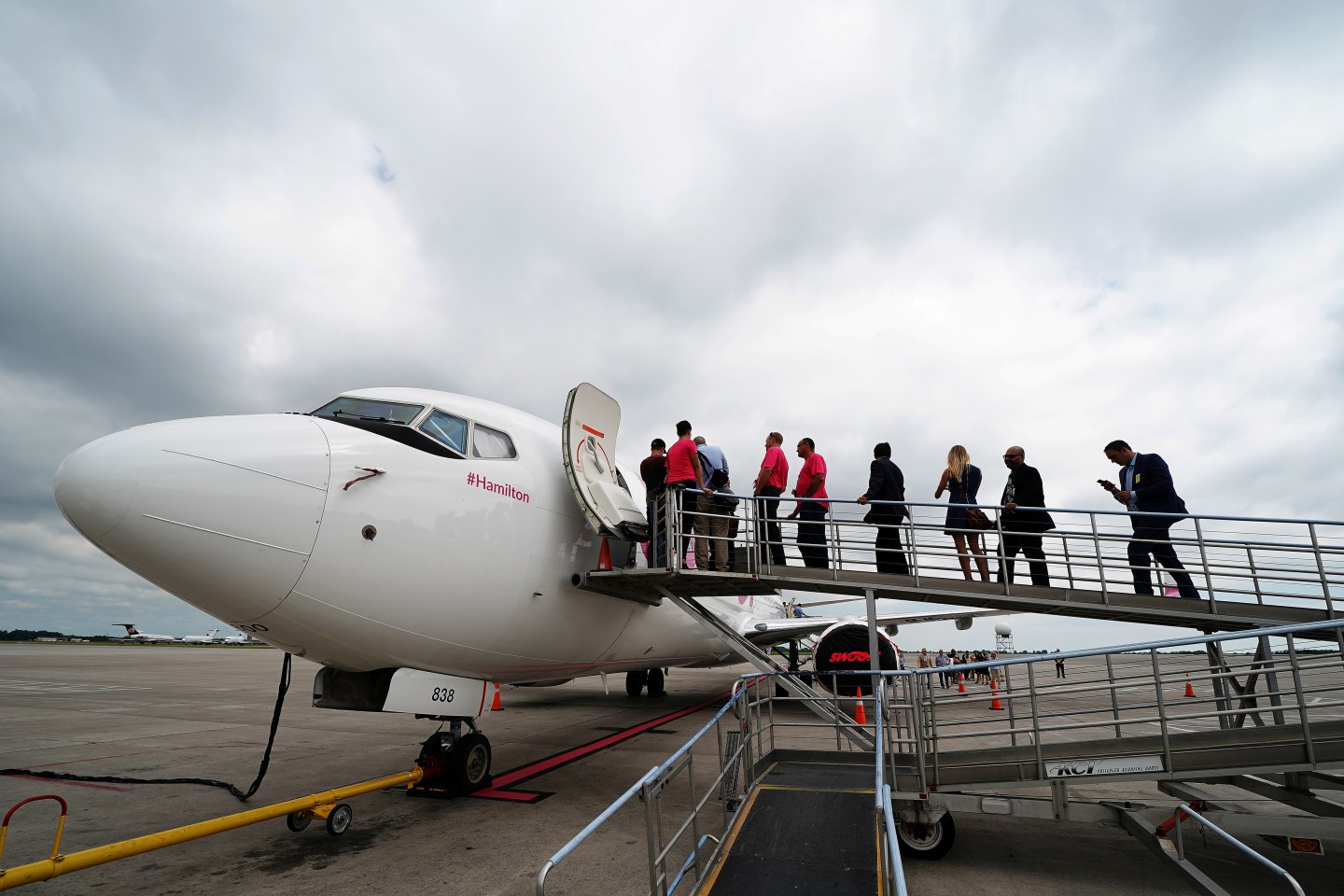 In these times of Canadian political crisis, there is just one thing everyone in the country’s capital can agree on.

He has been called “legendary,” a “savant,” and simply, “the man!”—that from a former foreign minister.

In the midst of the U.K.’s Brexit meltdown and the U.S.’s never-ending news churn, Canada has been grappling with its own political scandal, as questions about alleged payoffs from the construction company SNC-Lavalin for contracts in Libya have threatened to engulf Prime Minister Justin Trudeau.

Trudeau and his aides are accused of pressuring Jody Wilson-Raybould, a former justice minister, to help the company avoid criminal prosecution. Ottawa, the nation’s capital, is in a state of turmoil, with an election looming later this year.

But last week, bipartisan consensus was reached on at least one subject: the legendary travel management skills of McCord, a former Conservative party staffer who subsequently set up shop just a five minute walk from Parliament Hill.

“It’s nice to see that in these times of chaos, the one thing that unites partisans of all stripes is McCord,” tweeted Garry Keller, a political consultant in Ottawa.

The outbreak of McCord adoration began last Sunday, when Catherine Clark, a broadcaster and daughter of former Prime Minister Joe Clark, tweeted that McCord had recently “tilted our world back on its axis,” followed by a prayer-hands emoji, complete with a hashtag: #McCordMagic.

Every day I try to remember to be grateful for how lucky I am – for any number of reasons. Today, I am particularly grateful to a man named Scott McCord – our travel guru – who worked his #McCordMagic and tilted our world back on to its axis 🙏✊🏻.

According to Clark, that weekend she and her 12-year-old daughter missed their flight back to Canada from Dublin. Her daughter had to get back to school, she had to get to a conference in Montréal, and she risked missing her son’s 10th birthday. She called McCord and woke him up in the middle of the night. He got them new flights within 40 minutes.

Clark’s praise was retweeted by Ben Mulroney, son of former prime minister Brian Mulroney and a well-known television presenter, who said he was “grateful for Scott every day!” His brother Mark retweeted him. That was, in turn, retweeted by John Baird, former foreign minister.

McCord is the man! https://t.co/lEMLsjbG5s

Despite his links with the Conservative party, McCord’s agency’s appeal spans political lines. He is widely used by both Conservatives and the ruling Liberal party, according to a staffer for a current cabinet minister, who noted that some ministers skip over their staff and simply call him themselves.

He is also a favorite among Ottawa’s political work horses: staffers, civil servants, journalists, and pundits.

“[He is] a vehicle for national unity,” says Tim Powers, a political commentator and consultant who has been a client for two decades. Powers added that, when his father died, McCord handled the flights home for all his family members, free of charge.

“He’s an adorable, gruff figure, with a huge beating heart,” he said.

McCord’s appeal also highlights how tight-knit Ottawa’s political scene is. While using a human travel agent has become increasingly uncommon in the age of online booking, many in Canadian federal politics rely on the same one.

OMG. Scott McCord is not at his desk. Hold all travel emergencies. He's at the Manning Conference #MNC2014 pic.twitter.com/lbcOSU9NRT

Those weighing in on the McCord Twitter thread told dramatic, weather-related tales: re-bookings for heli-planes off the coast of British Columbia during Pacific storms, or flights home to Newfoundland amid Christmastime blizzards.

His prowess has even led to minor political scandals: in 2010, several Conservative MPs, Justin Bieber, and Michael Bublé all managed to leave Newfoundland following the Juno Awards—the Canadian equivalent of the Grammys—despite ash from Icelandic volcano Eyjafjallajökull grounding planes.

Clark called the tale “far-fetched,” adding “Scott’s reputation as a non-partisan is second to none in Ottawa.”

McCord himself, tweeters noted, does not have a Twitter account so he didn’t witness any of the social media praise.

When contacted, McCord admitted he had been “tickled” by the outpouring when hearing of it second-hand. It was, he said, enough attention to last him a decade; he’s not interested in receiving any more.

“I’m just doing my job,” he said. “Travel agents have to get people moving.”

This story has been updated to correct an error in John Baird’s title.