‘Burning Money’ or Seizing the Future? Inside Germany’s Bid to Beat China at Building Batteries 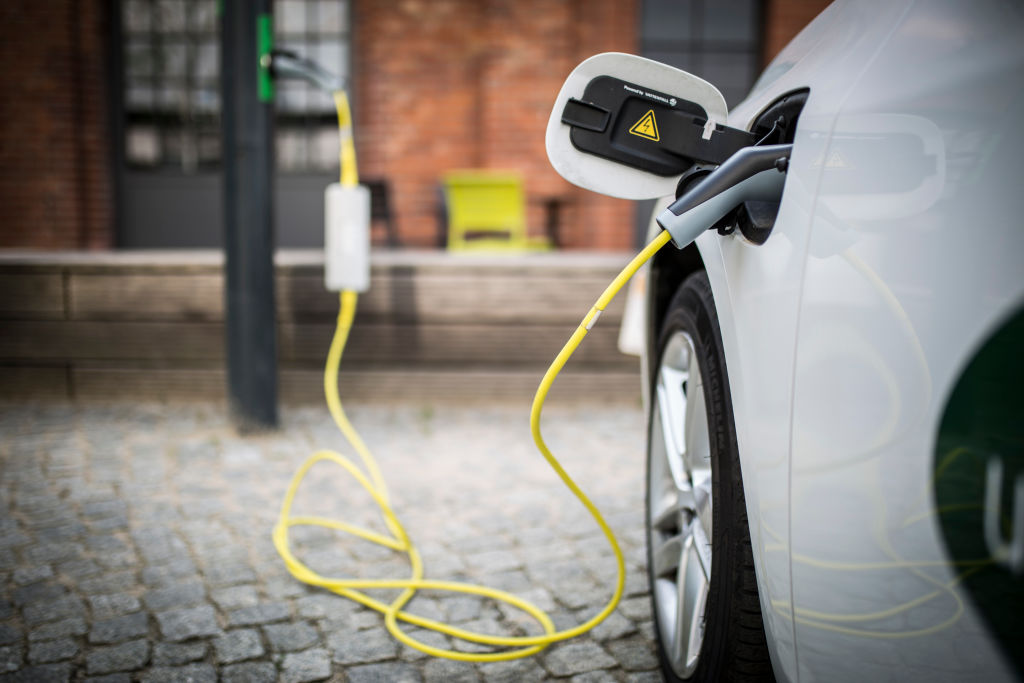 The German government has placed a big bet on batteries as a key to the country’s industrial future. The automotive industry is vital to the German economy, and cars are going electric. So, the thinking goes, Europe—and Germany in particular—should be making more electric car batteries.

It’s certainly a booming industry; electric car battery sales are projected to hit $60 billion by 2030. But the companies making the batteries are overwhelmingly Asian. Most are Chinese firms such as Contemporary Amperex Technology Co. Limited (CATL) and Build Your Dreams (BYD), whose rise was fostered by state subsidies for Chinese electric carmakers and which are likely to hold 70% of the market in a couple years’ time. There are also big Japanese and South Korean players such as Panasonic (Tesla and Toyota’s battery partner,) LG Chem and Samsung SDI.

Germany wants some of that action. Last November, the government announced a €1 billion ($1.12 billion) fund for German companies to develop and build battery cells. Germany’s “National Industrial Strategy 2030,” unveiled in February, fretted that “if the digital platform for autonomous driving with Artificial Intelligence were to come from the USA and the battery from Asia for the cars of the future, Germany and Europe would lose over 50% of value added in this area.” The solution? State assistance for battery cell production.

But not everyone is convinced this approach makes sense, to put it mildly. “It’s burning taxpayers’ money,” said Ferdinand Dudenhöffer, professor of automotive economics at the University of Duisberg-Essen and a veteran of car firms such as Opel and Porsche. “It’s stupid. It’s crazy, what our ministry of economics is doing.”

According to Dudenhöffer, the government is looking for value in the wrong place, as the money is really in the main battery components: cathodes and anodes. “The production value of the cell is about 15%. Sixty percent is just in the materials of cathode, and another 20% is the materials of anodes,” he said. “The value does not exist in the manufacturing process in which they want to spend €1 billion. The value is in the materials.”

Germany’s BASF, one of the world’s biggest chemical companies, is focusing on battery materials—it’s building a cathode materials factory in Finland, in cooperation with Russian miner Nornickel. But, a company spokesperson said, BASF also believes it is “crucial to invest on a much larger scale in cell production in European countries and thus ensure reliable supply of battery materials and competitiveness, so that Europe will not be solely dependent on imported cell supplies.”

And there are plenty of German companies, including carmakers such as Volkswagen—perhaps heeding the assertion of Toyota executive vice president Shigeki Terashi that “the one who conquers batteries will conquer the electrification of cars”—that are seriously looking at producing batteries themselves.

The biggest problem with trying to play catch-up with the Asian battery manufacturers is that it takes a lot of investment to get started with the manufacturing process, but, once you’re up-and-running, replicating that process is relatively cheap.

As Dudenhöffer noted, China’s CATL—the world’s biggest electric vehicle battery manufacturer with three factories back home—is building a “gigafactory” battery plant in the German city of Erfurt for around €240 million. When the German engineering giant Bosch was considering building a battery plant a couple years back, it estimated a cost of €20 billion. Bosch dropped those plans last year, saying the size of the investment made the plan too risky.

Xiaoxi He, lead energy storage analyst at emerging technologies research outfit IDTechEx, agreed that “financially it does not really make sense” for German automakers and other companies to try producing electric car batteries in Germany, at least in the short term. However, she added, there are a lot of variables that could change the business case—size and financial strength matter, for example, as do relationships with Asian battery companies.

The deadline for companies to express interest in the German government’s €1 billion battery pot was in mid-March, and the applicants have until Easter to flesh out their proposals into full-blown applications. All in all, there have been around 30 projects proposed, with prospective applicants including everyone from automakers to parts, materials, and chemicals firms.

Applicants have to be based in Germany, but the state aid initiative is ultimately intended to be European in nature, involving coordination with other EU countries that are also offering cash to their companies.

Details of the applicants remain confidential while the allocation process is ongoing, but some have made their own announcements. As automakers are concerned, they include Volkswagen, which wants funding for both R&D and “industrial implementation,” and BMW, which will steer the cash toward research and development: it’s already signed up as the first customer for the batteries coming from CATL’s Erfurt plant.

VW is currently using a variety of Asian battery suppliers for its enormous electric-car push, but CEO Herbert Diess said last month that the company “is also taking a close look at possible participation in battery cell manufacturing facilities in Europe.” Mercedes-maker Daimler is already making some batteries in Germany, and is building a battery plant in Poland too.

According to Germany’s economics ministry, there really is a point to helping European companies “form a counterweight” to the established Asian suppliers.

“Electricity storage units will be used in many different applications in future (bicycles, cars, even aircraft), and demand for batteries will rise in parallel to the production capacities. This will involve a large amount of jobs, value chains and expertise for the future,” said a ministry spokesperson. “We in Germany and Europe therefore need competitive, innovative and environmentally friendly battery cell manufacturing capacities.”

“Numerous interested companies have applied for funding in response to the invitation issued by the Ministry,” the spokesperson said. “The amount available is oversubscribed several times over, suggesting that industry is extremely interested in moving forward on this.”

For some of the firms vying for government funding, “moving forward” means looking beyond today’s liquid lithium-ion battery technology to a development that could be some years away: solid-state electric car batteries.

The industry hopes that solid-state batteries will provide greater energy density, and therefore greater capacity and driving range. They should also charge more quickly than liquid lithium-ion batteries, and be less prone to catching fire.

“We think that liquid lithium-ion technology does not have the potential to fully fulfill the demands we see from the market regarding range, weight and cost, so we think we need to have a leap to another technology that could be solid-state,” said a spokesperson for the German automotive parts supplier Continental, which wants to use some of that government cash to fund R&D. “It’s too late to go into the liquid lithium-ion market. The investment would be too high and we do not see the future potential.”

Continental says it will decide next year whether it wants to press ahead with the production of solid-state batteries. However, even if the business model looks sufficiently attractive, it would take the company until 2025 at the earliest to build up its capacity and go into mass production—and even then, the firm’s spokesperson said, plant cost considerations mean Eastern European countries are “of course more promising” than Germany.

As far as Professor Dudenhöffer is concerned, it will take a decade or more for solid-state batteries to become an industrial reality. “In the next five years, nobody is seriously expecting a breakthrough technology which will make liquid obsolete,” he said. BASF, too, said it expects that “lithium-ion batteries will remain the prevailing technology in electric vehicles for the foreseeable future.”

In the meantime, Dudenhöffer suggested, European companies should forget about production and focus on researching battery materials that can overcome problems, such as the tendency of cold weather to drain batteries more quickly.