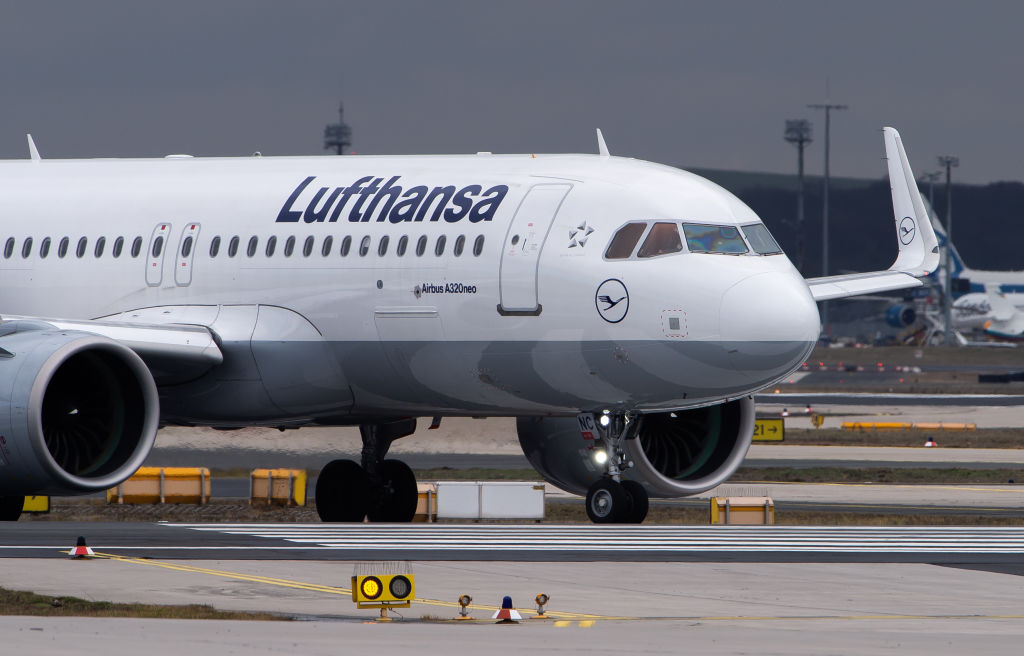 As of Monday morning, nearly 60 flights had been canceled in Frankfurt, the majority of them with German flag-carrier Lufthansa.
picture alliance via Getty Image

If you’re flying through southwest Germany this week, be prepared for delays and cancellations.

The company responsible for German air traffic control, Deutsche Flugsicherung (DFS), is having software issues and can only operate at 75% capacity in that part of the country until it’s IT systems update Wednesday night.

Four of Germany’s busiest 10 airports —Frankfurt, Dusseldorf, Cologne/Bonn and Stuttgart — are affected by the software problems at the control center in Langen, which center on the electronic display of flight progress. DFS emphasizes that there is no effect on air traffic safety, however, and is helping to shift European air traffic around the Langen airspace in coordination with Eurocontrol in Brussels.

As of Monday morning, nearly 60 flights had been canceled in Frankfurt, the majority of them with German flag-carrier Lufthansa. At time of writing Frankfurt International Airport is experiencing delays of around 30 minutes for both departures and arrivals.

In light of the software issue, German authorities reduced air traffic volume as of last Wednesday. On Friday, 50 of 1,400 flights were canceled in Frankfurt, while there were also some delays in Stuttgart and Cologne/Bonn. Dusseldorf airport was not affected by the issues, Spiegel reports.

In a separate incident, air traffic at Frankfurt was halted for about 30 minutes on Friday after a drone was spotted near the airfield. A subsidiary of DFS is also responsible for air traffic control operations at London Gatwick, where drone sightings shut down air traffic for 33 hours in December.

Frankfurt International Airport is among the top 5 busiest airports in Europe in terms of flight numbers and passenger volume, serving 69.5 million passengers last year. Fraport, the company that manages the Lufthansa hub, is considering adding helicopter taxis to its mobility offerings.