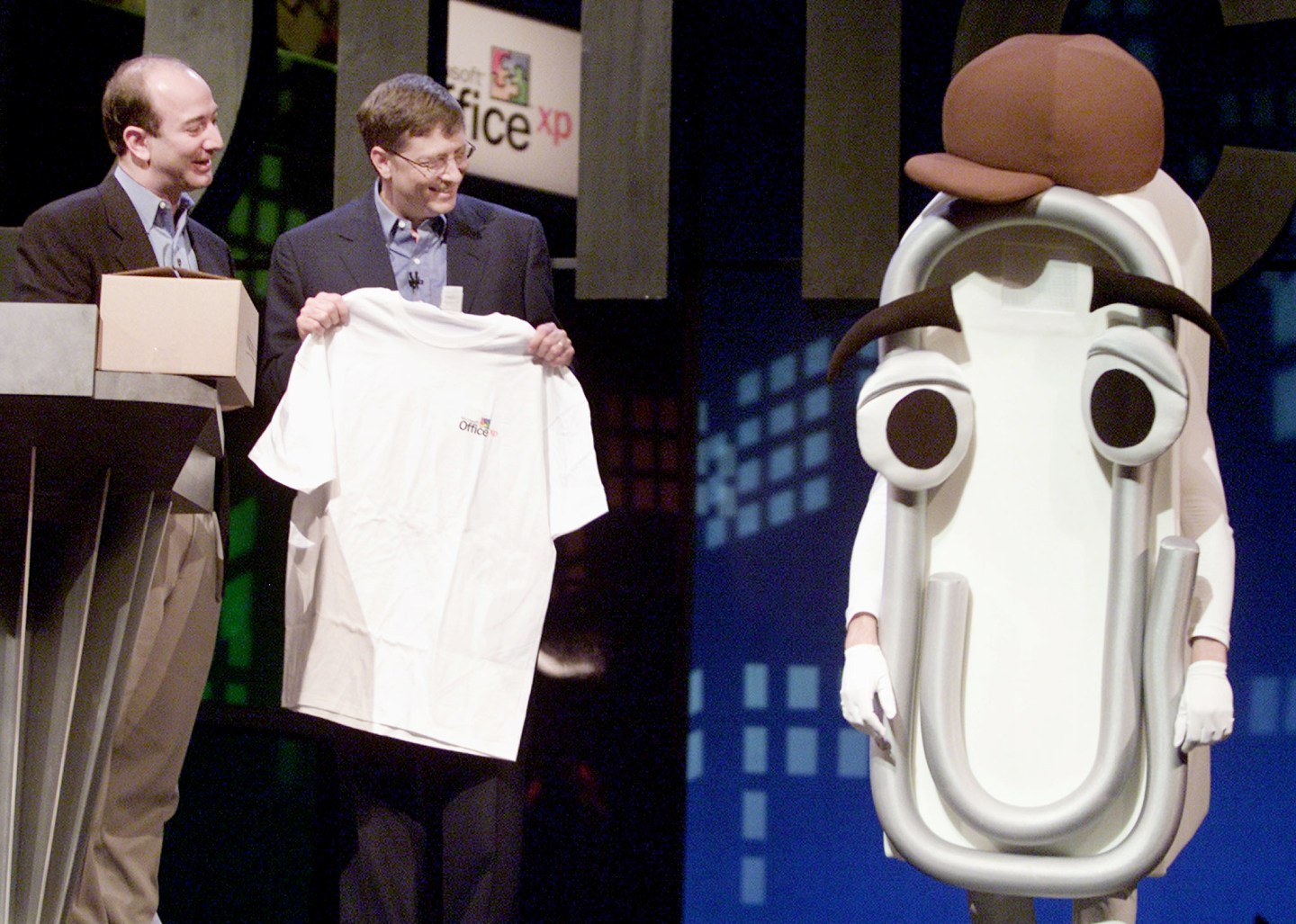 Bill Gates, Microsoft's Chairman and Chief Software Architect, and Amazon.com CEO Jeff Bezos (L) give a shirt and say goodbye to "Clippy" during a news conference in New York where Microsoft launched the new Office XP program, May 31, 2001. "Clippy" was part of the old office program and will no longer appear on Office XP which went on sale May 31. Office XP will deliver the next generation of productivity advancements and contains innovations such as smart tags, SharePoint Team Services and XML integration.Jeff Christensen—Reuters
Jeff Christensen—Reuters

Microsoft Clippy was back in action for a brief moment this week, marking a rare appearance for the friendly paperclip, who was known for politely barging onto the screen with helpful suggestions, before he was banished from Microsoft Office in 2001.

Clippy appeared in sticker packs this week for Microsoft Teams, which were posted to the the Office Developer GitHub page. For one day, it was like the 1990s all over again. Microsoft Teams users who spotted their old friend Clippy could import the stickers, and use them in conversations.

However, Clippy has a reputation of being a bit of a ham, and his return to the spotlight was short-lived.

“Clippy has been trying to get his job back since 2001, and his brief appearance on GitHub was another attempt,” a Microsoft spokesperson told The Verge. “While we appreciate the effort, we have no plans to bring Clippy to Teams.”

The expressive paperclip still has the hearts—and minds—of many Microsoft users, who were feeling nostalgic for his return. A petition on Microsoft’s website currently includes more than 1,900 votes to bring back Clippy to Microsoft Teams.

Since Clippy was sent to the technology retirement home in 2001, the paperclip has lived on in sarcastic memes, which all begin with Clippy’s catchphrase: “It looks like you’re trying to…”