Raise a Pint of Guinness on St. Patrick’s Day With These Historical Photos 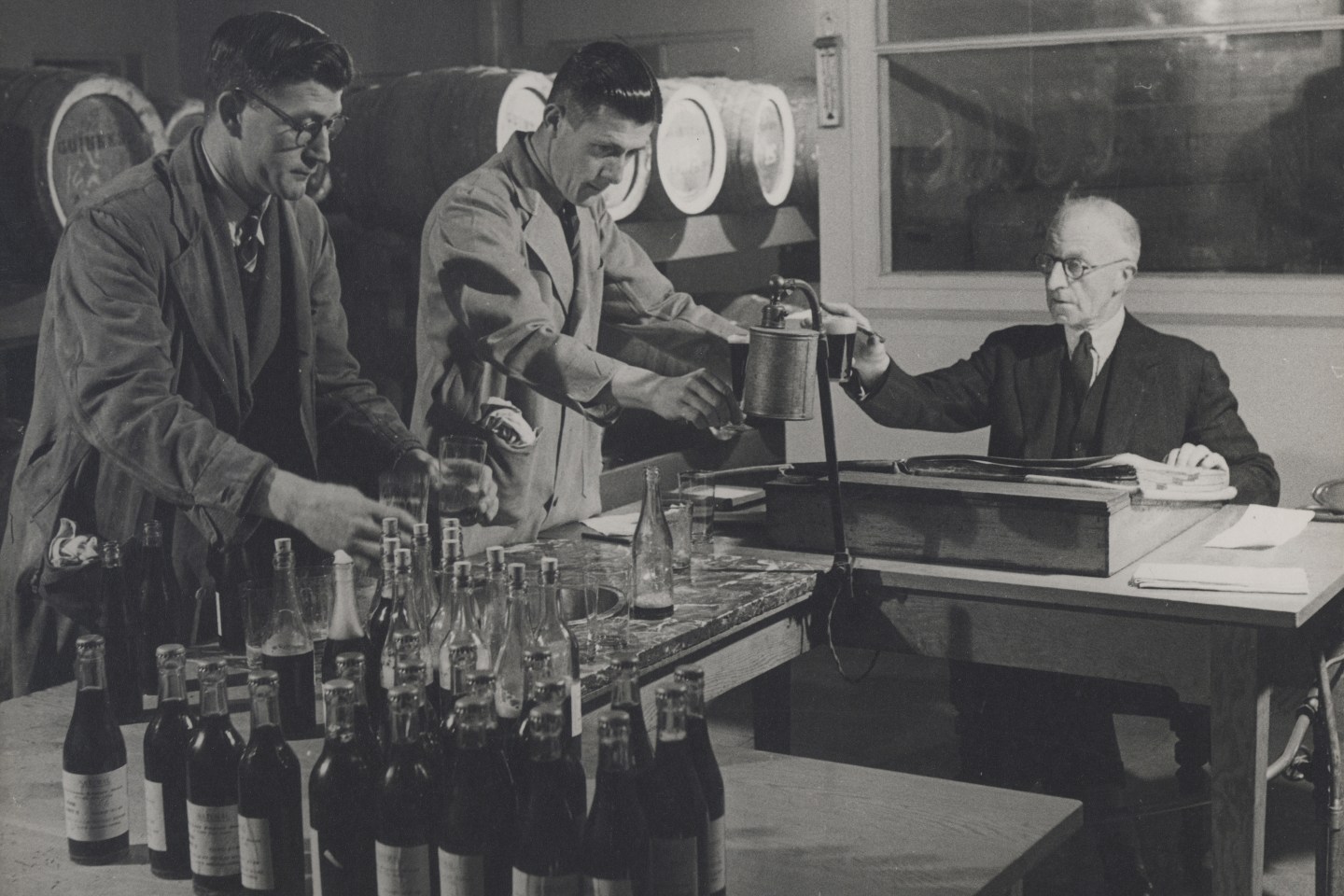 As Americans toast Saint Patrick on March 17 in parades and darties (day parties), Ireland will celebrate the saint day in a much more holy fashion. Nevertheless, the Irish beer that goes hand in hand with St. Patrick’s Day—which may have more name recognition than Saint Patrick himself—is Guinness.

A mere 260 years ago, Arthur Guinness signed a 9,000-year lease for the St. James’s Gate Brewery and began brewing. He originally brewed ale, but a new English drink—a strong black beer called porter—found favor in Dublin. By 1799, he made the decision to stop brewing ales all together and focus solely on porter.

History proves this was the right decision. The distinct Guinness characteristics we all know today, like its jet-black color, its ruby edge when held to a light, and its distinct creamy foamed head, are all thanks to the company’s long line of master brewers. However, the coopers working on site were just as skilled tradesmen, producing the wooden casks carrying Guinness to customers around the world. Before stainless steel kegs and aluminum kegs, wooden casks were the only strong enough way to withhold the fermenting beer and keep it airtight.

The company was the dominant employer in Dublin in the 1920s, according to Guinness, and continues to be the largest stout export brewery today. The Guinness Storehouse, located in the St. James’s Gate Brewery, has brought in more than 19 million visitors since its opening in 2000 and is one of Dublin’s main tourist attractions.

Check out the gallery above to see historical photos of the brewhouse and coopering process.