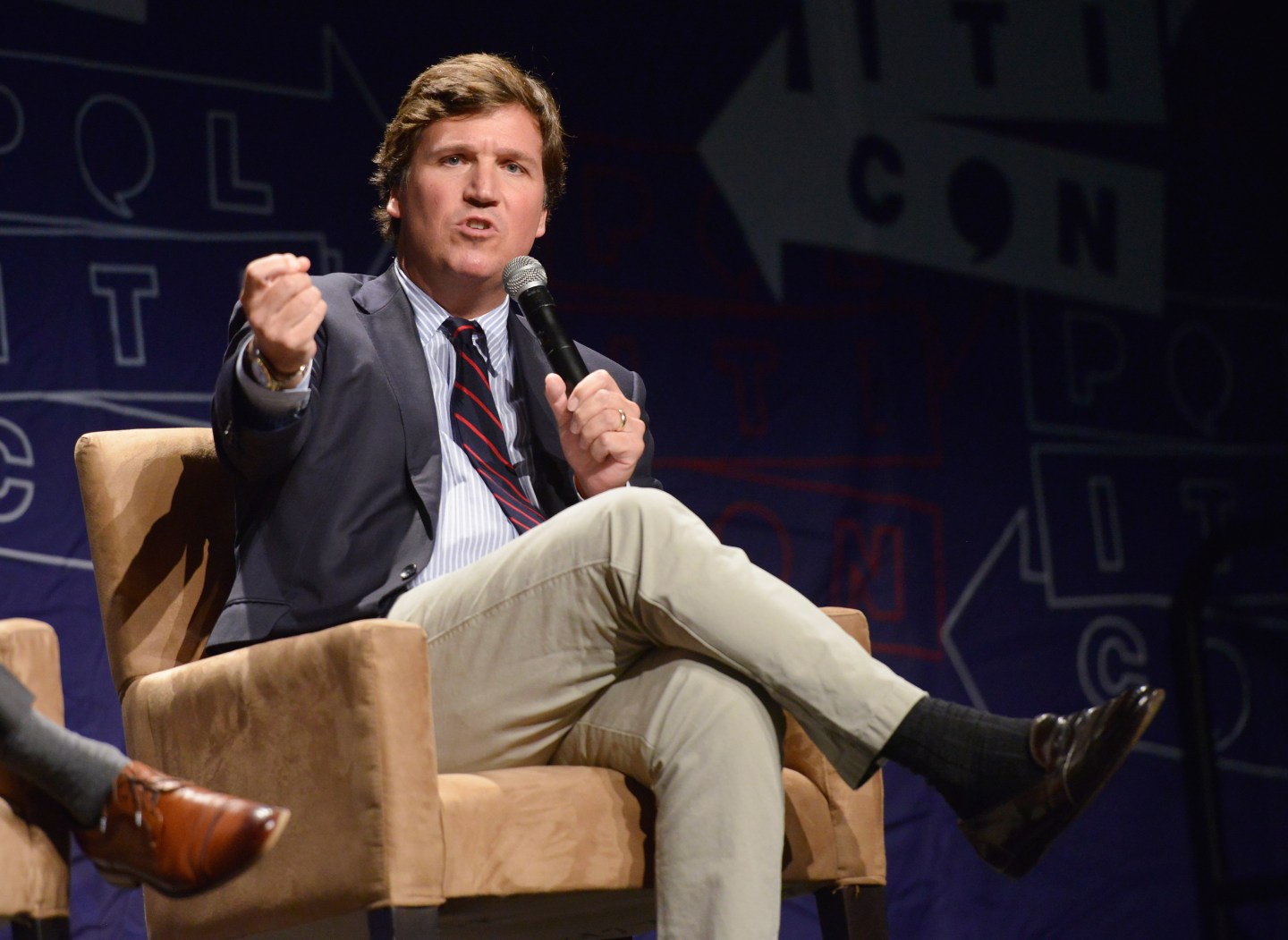 On Sunday night, the progressive media watchdog and research center Media Matters for America published a series of audio clips in which Fox News host Tucker Carlson made various crude and misogynistic remarks about women and feminists, underage marriage, and statutory rape.

Carlson won’t apologize for the comments, instead saying in a statement posted to Twitter that Media Matters caught him “saying something naughty on a radio show more than a decade ago.” He continued: “Rather than express the usual ritual contrition, how about this: I’m on television every weeknight for an hour. If you want to know what I think, you can watch.”

“The reason we released this is precisely because the things you say on your Fox News show echo the misogyny displayed in those clips. We were actually helping people better understand just how vile your current Fox News show is by showing what that worldview really looks like,” Media Matters head Angelo Carusone said in response to Carlson’s statement, according to CNN.

The clips were from calls Carlson made to The Bubba the Love Sponge Show radio program between 2006 and 2011, dating back to his time as a host at MSNBC.

In a conversation about Warren Jeffs—a convicted pedophile—arranging illegal marriages between adults and young girls, Carlson argued that “the rapist, in this case, has made a lifelong commitment to live and take care of the person.”

In another clip, he said he felt “sorry for unattractive women,” while speaking about Supreme Court Justice Elena Kagan. “I mean, it’s nothing they did, you know. Nobody deserves that,” he said. Carlson made further misogynistic remarks about Britney Spears, Paris Hilton, Sarah Palin, Hillary Clinton, and various other women.

A number of figures and groups have defended Carlson on Twitter, including Donald Trump Jr.; Canadian white nationalist Faith Goldy; and the free speech website “Gab,” which has become a safe haven for the far-right in recent years. The Twitter account Eyes On The Right, which tracks the far-right and white supremacists has compiled a thread of responses to Carlson’s remarks.

Fox News did not respond to a request for comment from Fortune.