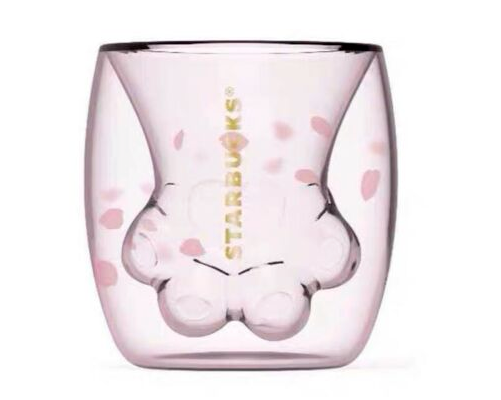 Fights have broken out in Starbucks stores in China, all over a new limited-edition “Cat Paw Cup” that went on sale this week.

The cup is a double-walled tumbler that has an interior shaped like a cat’s paw. When you pour a drink inside, the cat paw becomes more visible.

The cups officially went on sale Tuesday for 199 yuan (around $30) each and quickly sold out, leading to some customers to fight for their chance to purchase one of the remaining cups in stores, CNN reports.

The cup is far from the first limited-edition cup sold by the coffee chain. Starbucks often sells limited-edition market-specific cups. For instance, around the holidays it has previously sold a limited-edition red tumbler in U.S. stores. Those cups often find their way to the secondary market.

After the in-store fights started to break out, Starbucks announced it would also sell the cups on its e-commerce store. One thousland of the cups were supposed to be available online each afternoon from Thursday through Sunday. After the first batch of 1,000 cups sold out online in a tenth of a second, Starbucks changed course and opted to sell the remaining 3,000 cups all at once on Friday. Those cups sold out in less than a second as well.

China is Starbucks’ second biggest market behind the U.S.