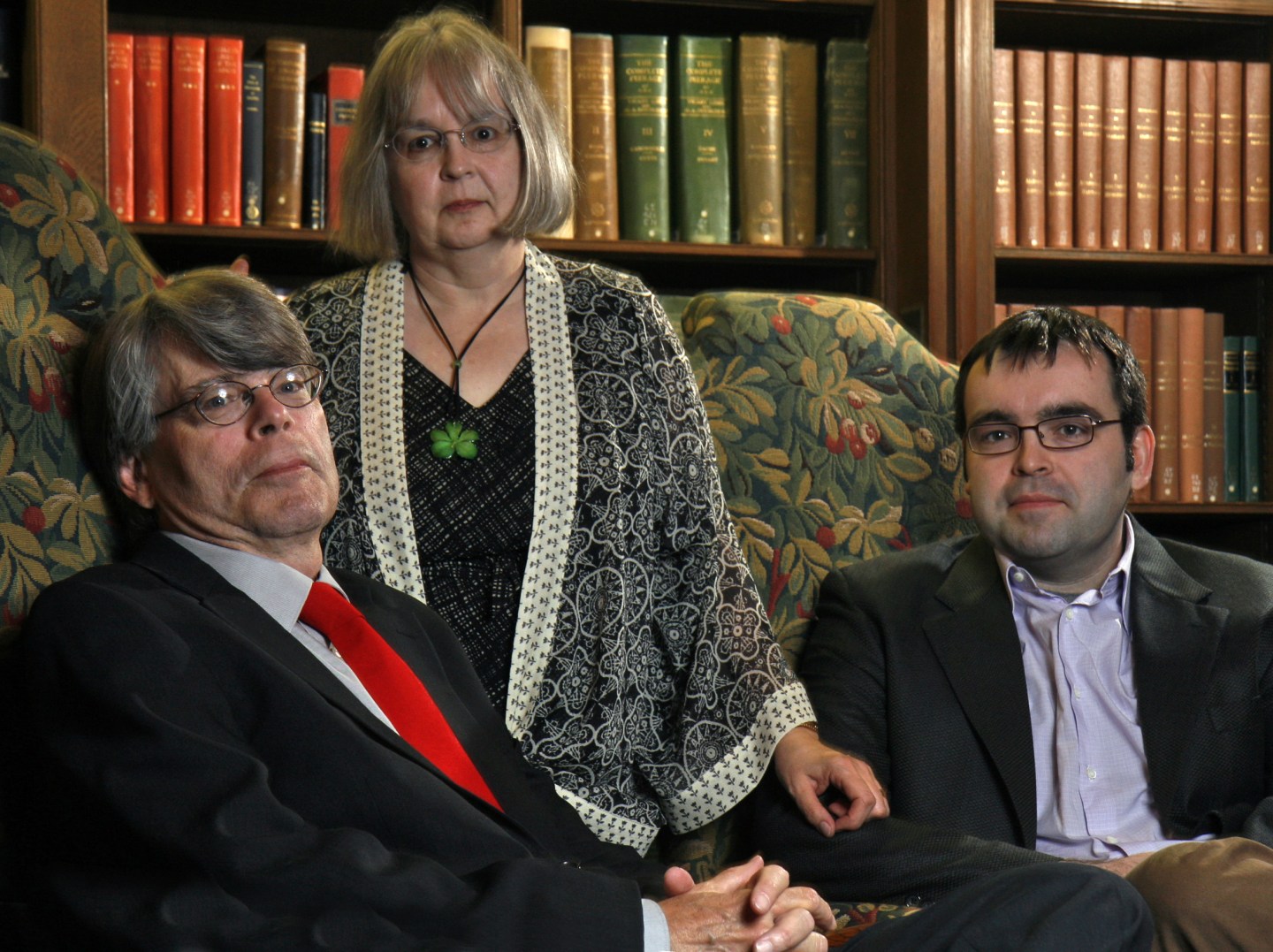 Tabitha King—a novelist, mother, and wife to author Stephen King—wants to remind that world that she has a name.

After an Associated Press article about the couple’s recent donation to the New England Historic Genealogical Society referred to the two as “Stephen King and his wife,” Mrs. King shared a statement via her husband’s Twitter feed, berating the editors for belittling her role in the story.

“Wife is a relationship or status. It is not an identity,” she wrote. “You could have made other choices. You could have referred to me as OfStephen. Or His Old Lady. Or His-Ball-And-Chain.”

King continued her statement with a sarcastic, snarky tone, naming similar titles in relation to her role as a mother, and giving the media “permission” to title her obituary “Relick of Stephen King,” should her husband pass away first.

“In the meantime, you might consider the unconscious condescension in your style book, and give women their names,” she finished.

I’m seventy. I thought I would give you permission, if “OfTabitha” predeceases me, to title my obituary, Relick of Stephen King.
In the meantime, you might consider the unconscious condescension in your style book, and give women their names.

Stephen King supported his wife’s statement, tweeting that she is “rightly pissed” by headlines that diminish her to only a wife.

“The gift was her original idea,” he said of the genealogical society donation, “and she has a name: TABITHA KING.”

The Associated Press did not immediately respond to a request for comment.