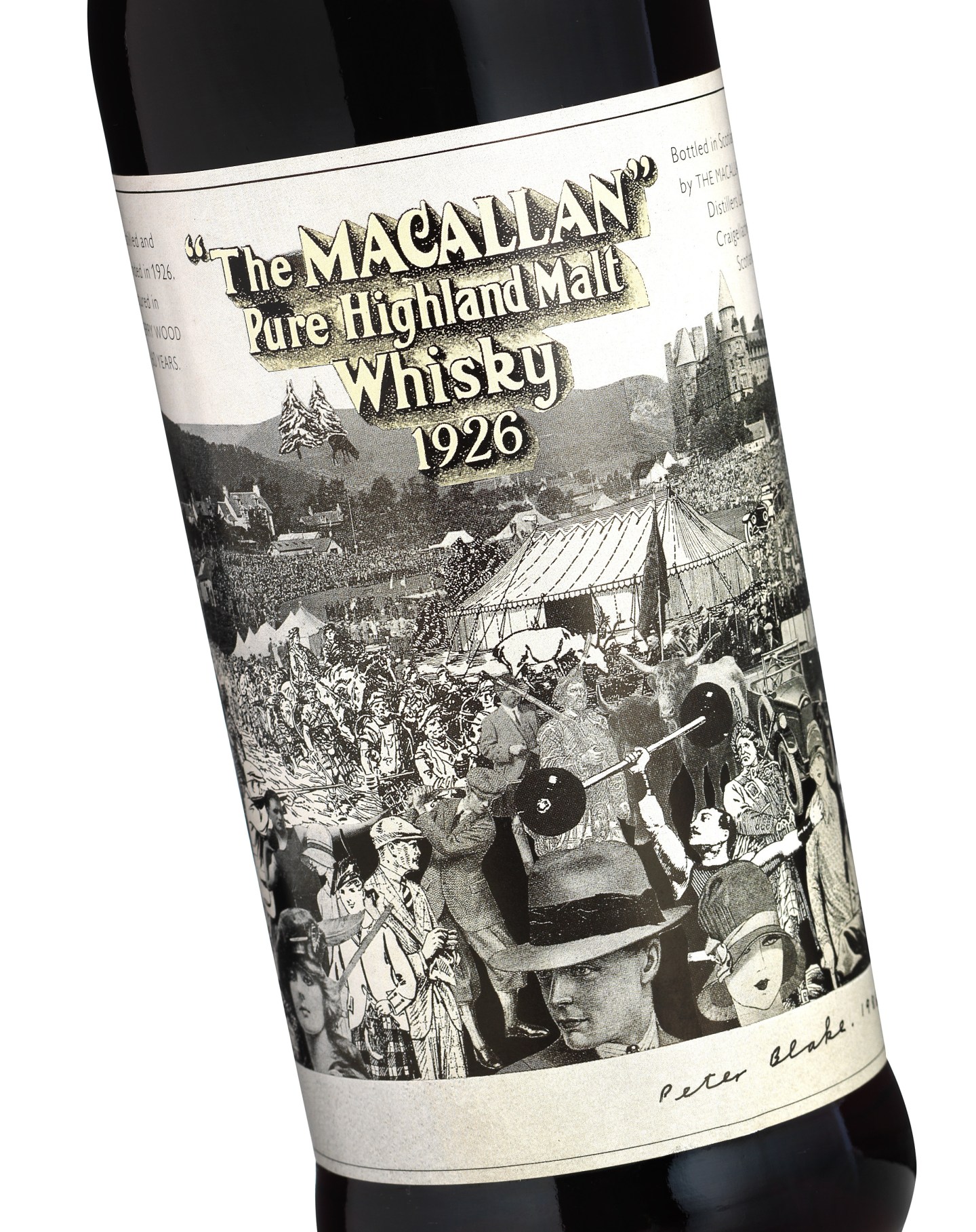 Auction house Bonhams is expecting a bottle of 60-year-old scotch whisky to sell for up to £700,000 ($924,077) at auction next month in Edinburgh. The whisky sports a label designed by Sir Peter Blake, who co-created The Beatles’ Sgt. Pepper’s Lonely Hearts Club Band album cover, and is one of only 12 bottles to ever carry the art.

That record was broken only months later when Christie’s sold a bottle for £1.2 million ($1.53 million) in November 2018. Like the Blake bottle, that was also a Macallan 60-year-old distilled in 1926.

Interest in whisky as an investment has grown in recent years. Bonhams holds four dedicated whisky auctions each year, and in 2018 100,000 bottles of rare whisky were sold at auction, exceeding the £40 million ($52.7 million) mark for the first time and nearly doubling the total sales figure for 2017.

Investors are attracted to whisky because it’s less volatile than the stock market. The average bottle also goes for £378 ($499) at auction, making it relatively affordable for smaller investors.