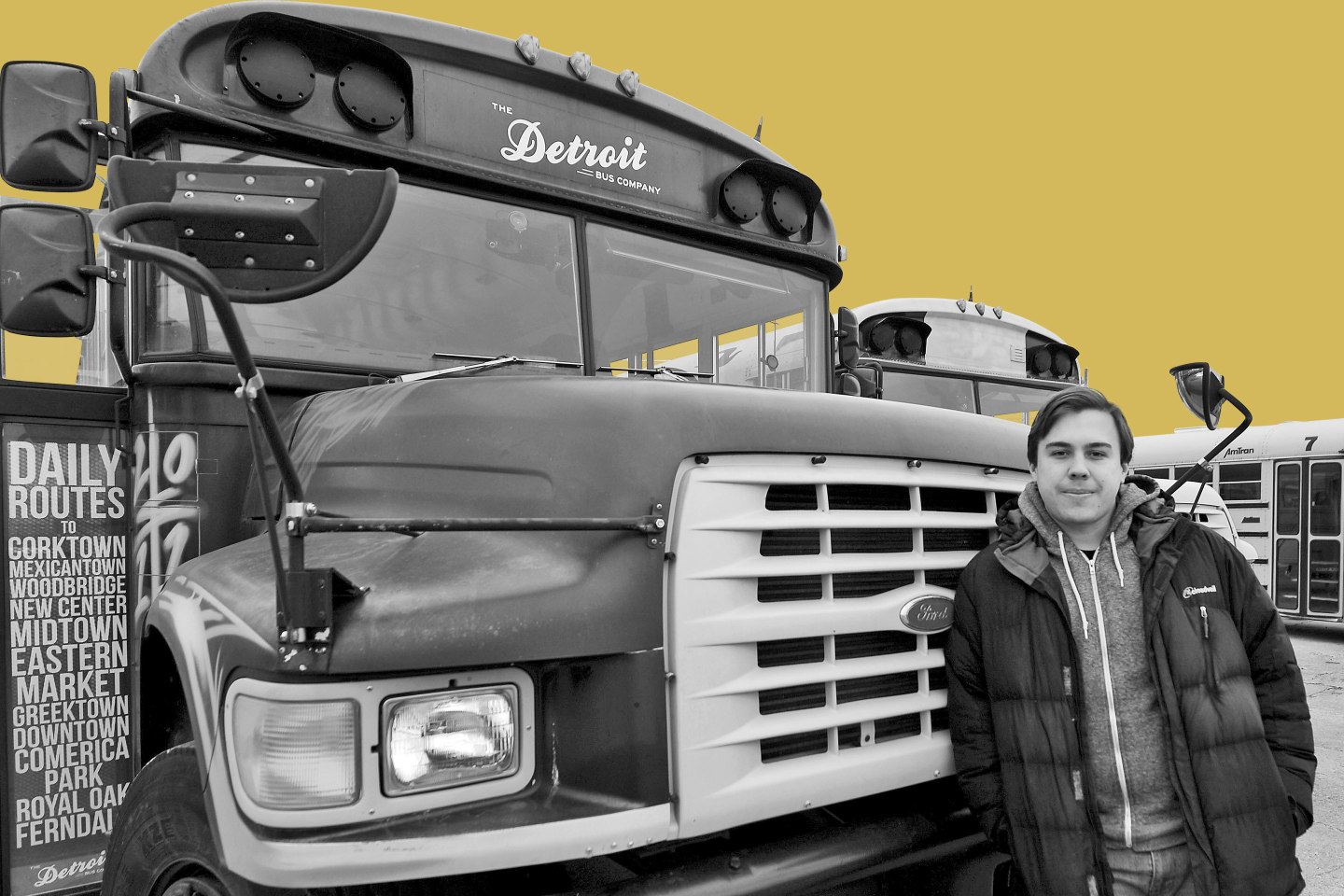 Detroit is the archetype for urban sprawl, spanning over 140 square miles of downtown, industrial sites, and suburbs. And though it’s a metropolis built on the back of the personal automobile, nearly 85,000 of its residents depend on its notoriously unreliable municipal bus system to get around.

Inadequate public transit, common in many Rust Belt cities, is an impediment to growth—87% of trips taken drive some form of economic activity—and maintains inequalities in the labor market. Andy Didorosi, a Motown native, founded the Detroit Bus Co. in 2011 to offer a private alternative.

Didorosi bought a bus from Craigslist, commissioned a local artist to spruce up the exterior, and began to provide unlimited daily rides for $5. The company now offers private charters and tours—like a $40 historic bar crawl called “Drunks of Antiquity”—on its 15 buses. The private bookings fund Didorosi’s mission to deliver free rides to Detroiters who need to get around. Each free ride costs the company $5.72, which is offset by the tour profits. (The company also accepts donations for the “Ride for Ride” program, which provides thousands of rides to schoolchildren.)

The Detroit Bus Co. is now working on Hyper, a transit operating system that will help others build private bus companies across the country. The Hyper software creates ad hoc routes and walks operators through the process of being a bus supplier.

“If you go to Craigslist and buy a bus for two grand, you’re in the game and creating impact right then,” says Didorosi. “I think that’s the Detroit way of doing things.”

This article originally appeared in the March 2019 issue of Fortune with the headline “A Pub Crawl for Public Transport.”