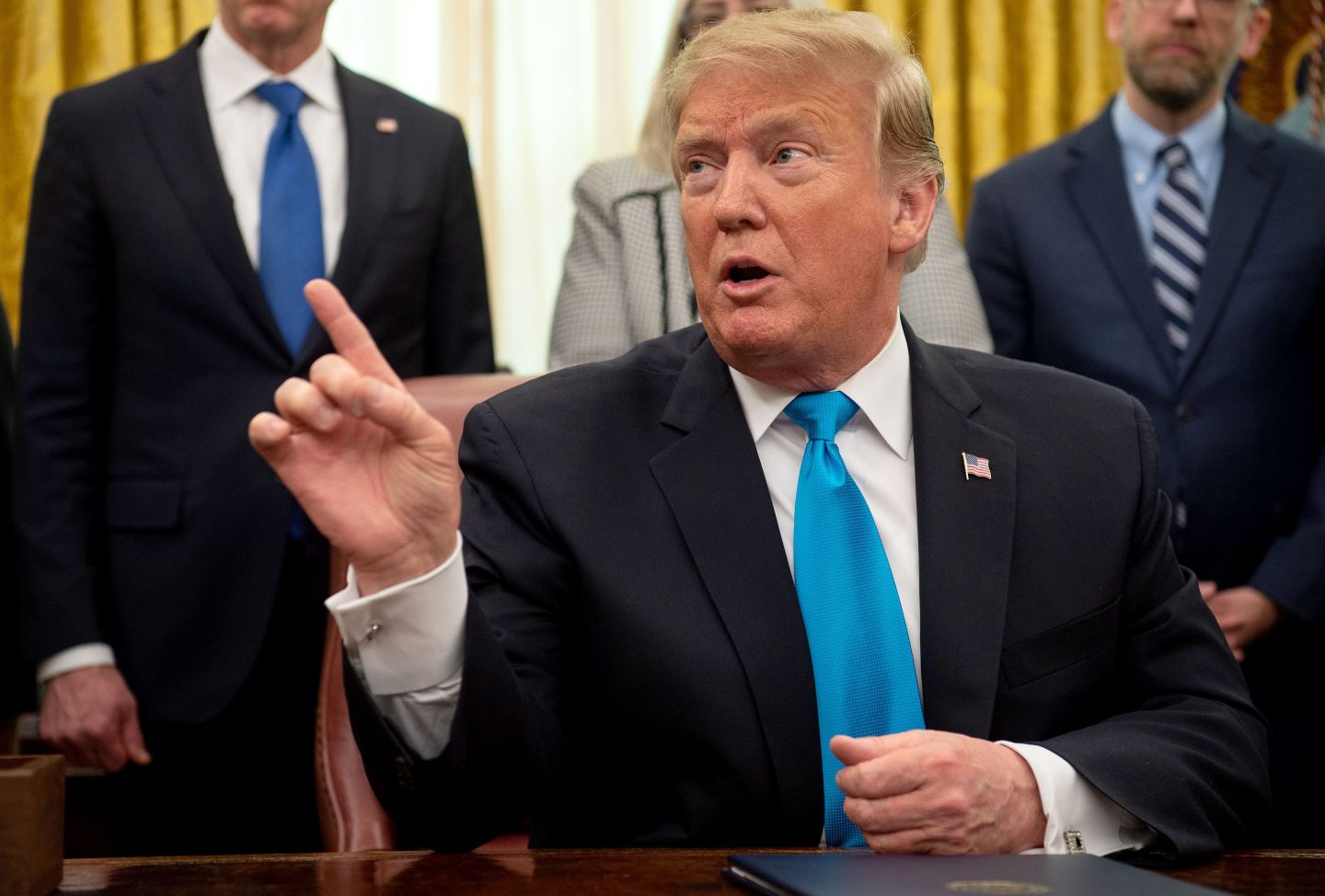 President Donald Trump denied a New York Times report that he asked then-Acting Attorney General Matthew Whitaker to intervene in a federal investigation of hush-money payments to the president’s alleged former mistresses during the 2016 election campaign.

“No, I didn’t,” Trump told reporters at the White House on Tuesday. “There’s a lot of fake news out there.”

The Times reported earlier in the day that Trump had asked Whitaker whether U.S. Attorney Geoffrey Berman in Manhattan, a Trump ally the president appointed to the position, could be put in charge of the investigation. Berman had previously recused himself from the investigation, citing a conflict of interest.

Whitaker was asked during a congressional committee hearing whether he ever had any conversations about reassigning or firing anyone with the Manhattan U.S. attorney’s office, which is handling the probe into the hush-money payments. Whitaker didn’t answer.

Trump has fumed to advisers about a raid by federal prosecutors of his lawyer and former fixer Michael Cohen in April 2018, and those close to Trump have feared the investigation into Cohen could extend deeper into Trump’s business.

In August, Cohen admitted he made illegal campaign contributions at the behest of Trump and pleaded guilty to campaign finance violations in connection with the hush-money payments. In November, Cohen pleaded guilty to lying to Congress and admitted that he spoke with Trump and Russian officials as late as June 2016 about a potential business deal in Moscow that Cohen told Congress had ended months earlier.