National Strike Halts All Flights In and Out of Belgium, Sets Off Delays Across Europe 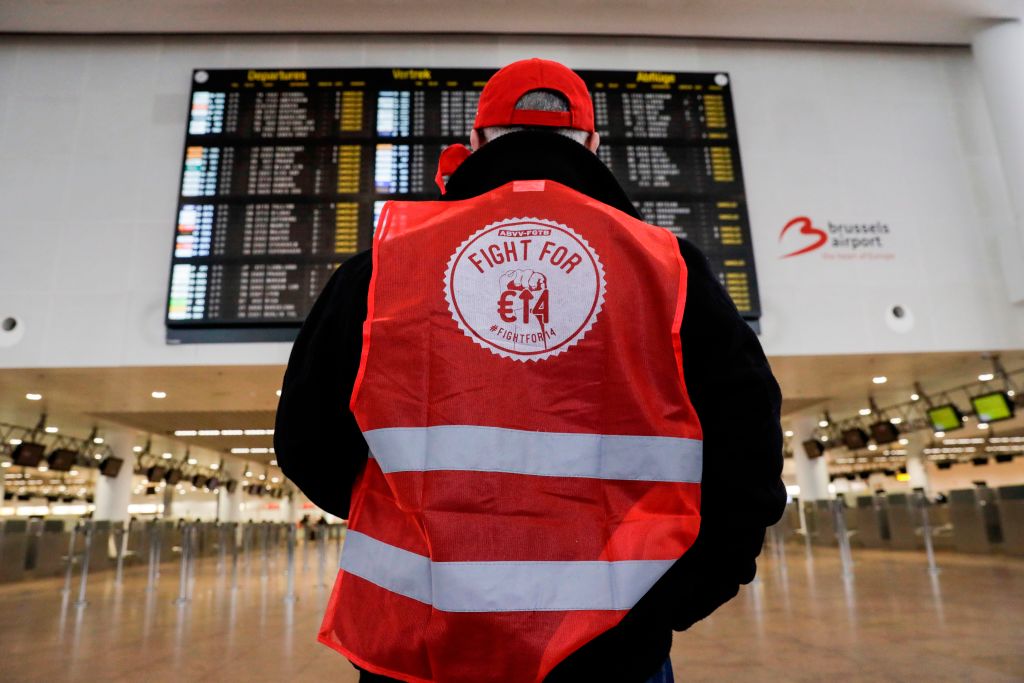 All flights landing in and departing from Belgium are canceled until 10pm Wednesday thanks to a national strike involving all three of the country’s major trade unions.

Skeyes, the country’s air traffic control agency, opted for a 24-hour shutdown because there was “no certainty about the number of staff in a limited number of key posts,” reports the BBC

A Belgian airport spokesperson added that no strike before had “had such a significant impact.” Train services in the country will also be at half their normal levels, while strike action has also affected ports and factories.

Belgium’s proximity to so many other major hubs, such as Amsterdam airport in The Netherlands, means that the effects of the strike have spread well beyond the country’s borders. While the strike will directly affect around 60,000 travelers on some 591 flights at Belgium’s airports, some flights to airports in The Netherlands and Germany must also detour around the country, according to Flightradar24:

Some flights are forced to take a detour because of the restrictions in the Belgian airspace. pic.twitter.com/RlEQRUztgs

As of early Wednesday, Amsterdam airport was reporting moderate to high delays due to the strike, Reuters reports. Government and military aircraft will not be affected by the industrial action, while both commercial and trade flights above 24,600ft are able to navigate across Belgium through the aid of European air traffic control organization Eurocontrol.

The Belgian unions are striking over the prospect of wage limits being introduced during times of economic growth. They are also calling for improvements to benefits, pensions, and educational opportunities.

In response, Belgium’s prime minister, Charles Michel, has asked the striking unions to continue negotiations with the country’s economic council on Thursday. Michel’s center-right government has been constrained from taking forceful action against the strikers because it is currently only operating in a caretaker capacity, reports the AP.