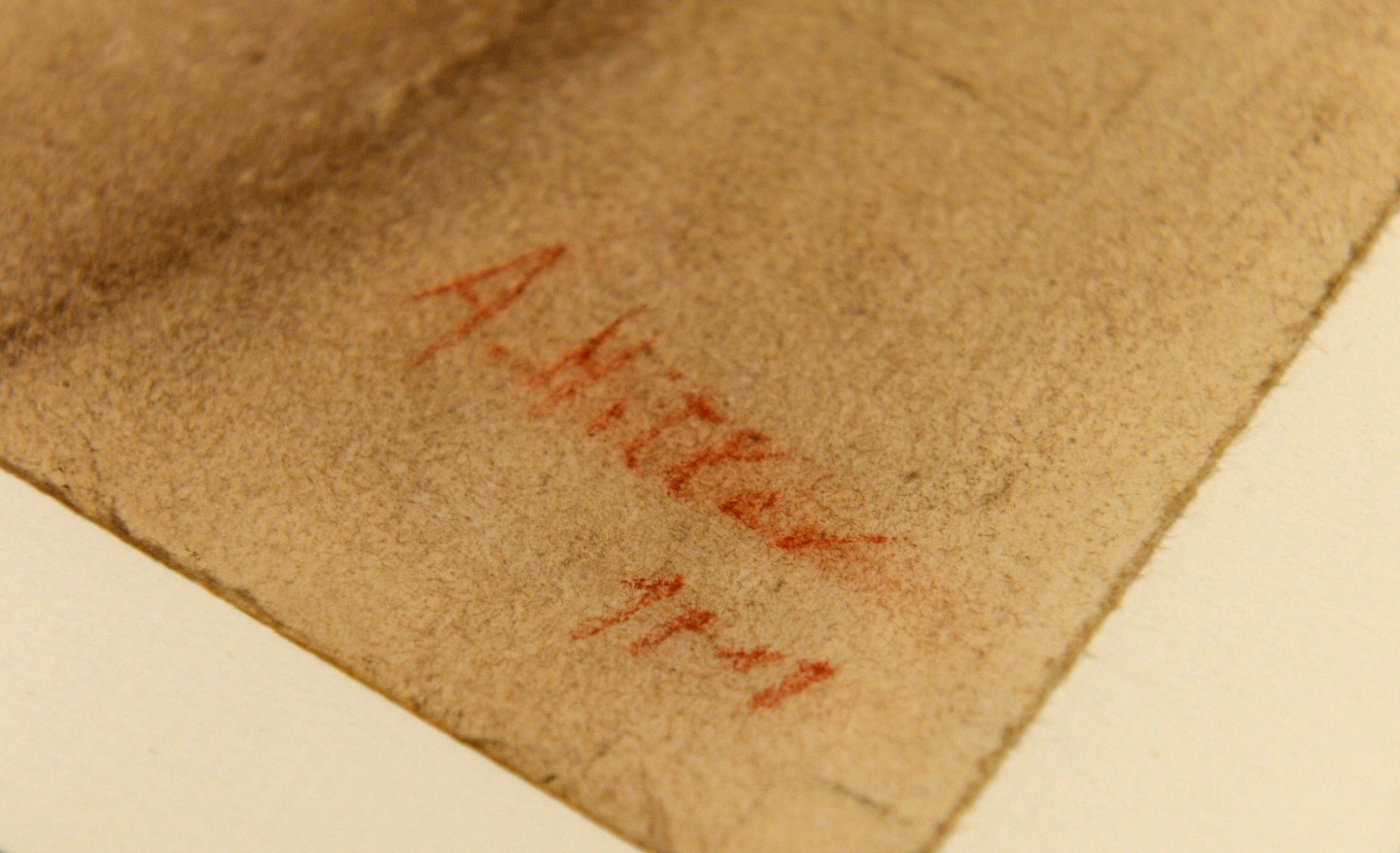 The signature of Adolf Hitler at the picture "Damenakt" is pictured on June 11, 2015 in the Weidler auction house in Nuremberg, southern Germany. Paintings said to be by Hitler, but suspected of forgery, failed to sell at the auction house in February 2019. AFP PHOTO / CHRISTOF STACHE RESTRICTED TO EDITORIAL USE - MANDATORY MENTION OF THE ARTIST UPON PUBLICATION, TO ILLUSTRATE THE EVENT AS SPECIFIED IN THE CAPTION (Photo credit should read CHRISTOF STACHE/AFP/Getty Images)
Christof Stache—AFP/Getty Images

Five paintings allegedly by Adolf Hitler failed to sell at an auction in Germany amid questions concerning their authenticity, as well as public furor.

Held in the city of Nuremberg on Saturday at the Weidler auction house, the sale included several watercolor paintings with a starting price of $51,000, as well as items owned by the Nazi dictator, including a vase and a wicker chair with a swastika symbol, reports the BBC.

Accusations of forgery arose when German police seized some of the artwork from the auction house last week. A total of 63 items featuring signatures “AH” or “A Hitler” were taken due to concerns of forgery while the Nuremberg-Fuerth prosecution department has an open investigation, according to the BBC.

“If they turn out to be fakes, we will then try to determine who knew what in the chain of ownership,” Antje Gabriels-Gorsolke, spokeswoman for the prosecution department, told AFP.

The auction itself stirred controversy and has left the public angry. Nuremberg Mayor Ulrich Maly said to the Sueddeutsche Zeitung newspaper that the sale was “in bad taste,” according to CNN. The public display of Nazi symbols is illegal in Germany, unless it’s for educational or historical reasons.

This isn’t the first time the Weilder auction house has sold items linked to Hitler. In 2014, a watercolor of Munich’s city hall, also thought to be painted by Hitler, sold for more than $160,000.