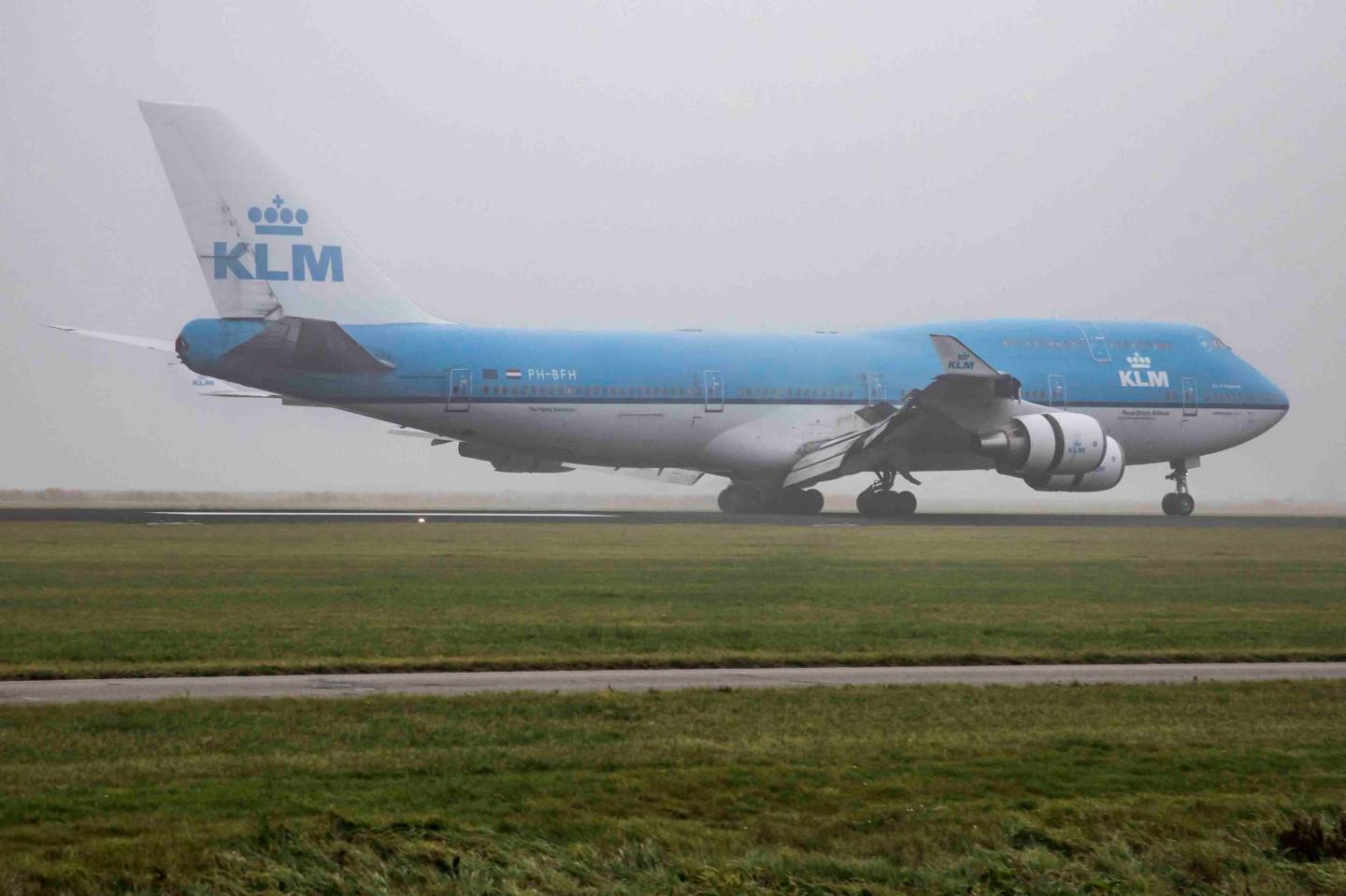 KLM Royal Dutch Airlines Boeing 747-400M with registration PH-BFH is landing in the mist at Amsterdam Schiphol International Airport in the Netherlands. The Boeing 747-400M is a passenger and freight or "Combi" variant of the 747 Jumbo jet and KLM introduced it in 1989. KLM, the Dutch flag carrier based in Amsterdam operates a fleet of 117 aircraft, 15 of them are various Boeing 747-400 editions. (Photo by Nicolas Economou/NurPhoto via Getty Images)
Nicolas Economou—NurPhoto via Getty Images

If you’re looking for something to do in Amsterdam and just don’t know where to start, one hotel owner hopes you’ll kick things off with a Boeing 747.

A Boeing 747 is being moved from Amsterdam’s Schiphol Airport to a nearby hotel, where it will become a hotel attraction, the Associated Press is reporting. The plane, which had been owned by KLM and was used to carry passengers around the world, needs to move 7.8 miles to reach its final destination. Once it’s there, the hotel owner will take possession of the plane and use it to attract hotel guests, according to the report.

Boeing’s 747 is one of the largest passenger planes in the air. The plane has dual decks that allow for it to carry more passengers. Depending on the version, the Boeing 747 can carry between 416 passengers and 660 passengers. It weighs 150 tons.

Of course, getting a retired Boeing 747 from an airport to a hotel nearly eight miles away is no easy task. According to the report, crews needed to lay metal plates across fields, so the plane wouldn’t sink into mud. On Friday night, crews will shut down a highway and transport it to its final destination.

It’s unknown exactly what the hotel owner plans to do with the plane once it’s in the company’s possession.