Almost 2,000 Flights Have Been Canceled in the Wake of Midwest Polar Vortex 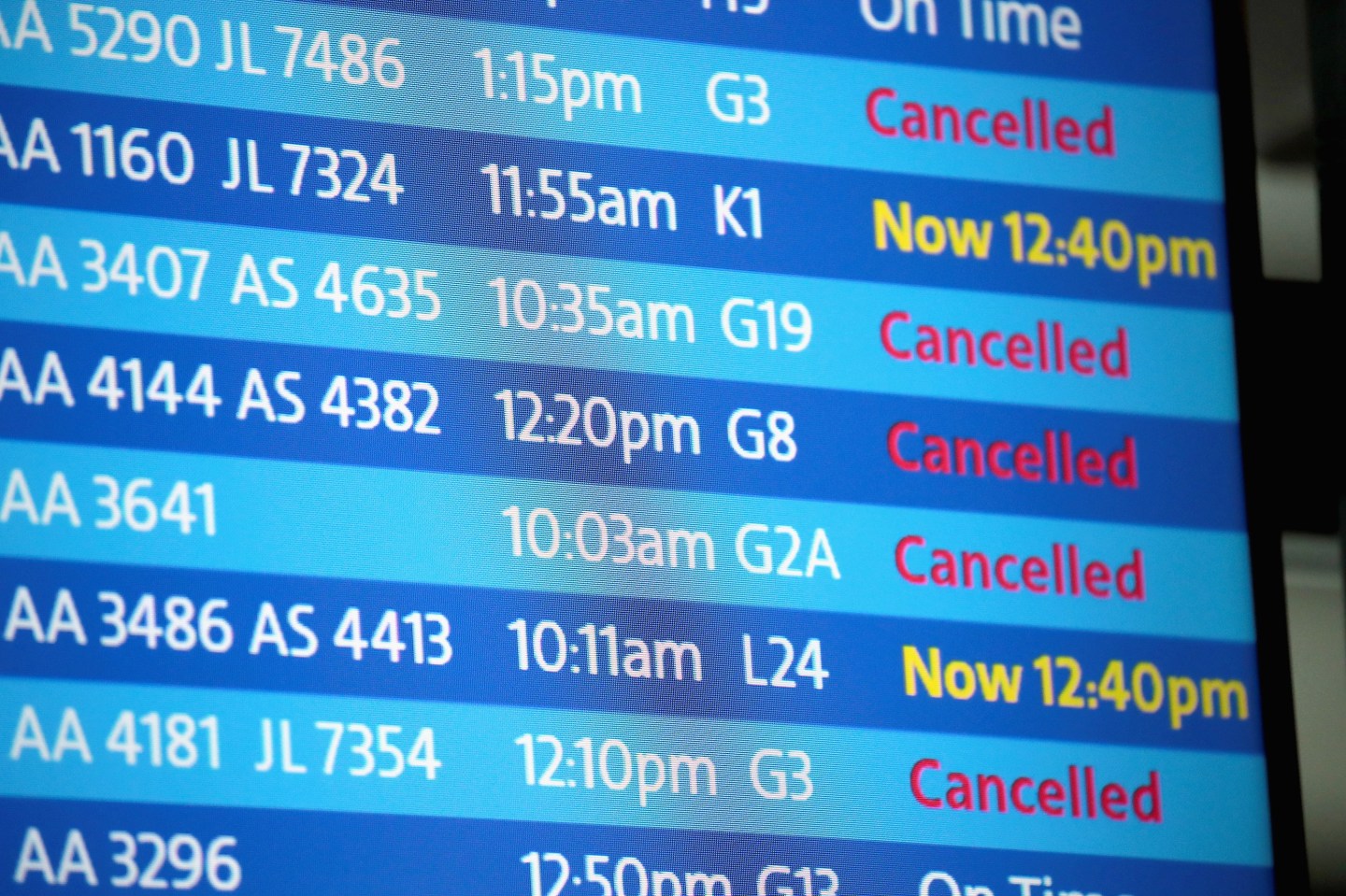 CHICAGO, IL - NOVEMBER 26: An electronic board shows flight delays and cancellations at O'Hare International Airport after an early winter snowstorm left more than 7 inches of snow at the airport on November 26, 2018 in Chicago, Illinois. The storm also caused scores of traffic accidents and left thousands without power. (Photo by Scott Olson/Getty Images)
Scott Olson—Getty Images

If you’re traveling by air almost anywhere in the United States over the next few days, check with your airline and airport because cold is hammering travel.

According to the airline flight tracing site FlightAware, there are 1,971 flights within, leaving, or entering the U.S. that are cancelled today. The total of delays as of Wednesday morning at 9 a.m. ET was 611.

The biggest problem Wednesday morning, according to the FAA, is Chicago’s O’Hare airport. There is a ground stop due to airline request. That means the airport has slowed or halted inbound traffic. Given the airport’s importance for connecting flights, thousands of travelers will likely feel the effect and the delays ripple out through the air traffic system.

Other airports, even if not so heavily affected, might still have cancellations, especially if the flights are headed to areas with greater problems. For example, as of Wednesday morning, there were more than 50 cancellations, with more possible as conditions develop during the day. And Atlanta has already faced hundreds of delays as travelers try to arrive for the Super Bowl.

United told Fortune through a statement that “we are significantly reducing our schedule at Chicago O’Hare through Thursday morning,” while Southwest said it is “actively monitoring weather conditions over the coming days and will make schedule adjustments as necessary.” American Airlines in a statement said it and its regional carrier partners were canceling 400 flights on Wednesday, including 170 departures from O’Hare.

The FAA and airlines suggest travelers check with their specific carriers to see if itineraries might feel the effect of the polar vortex.