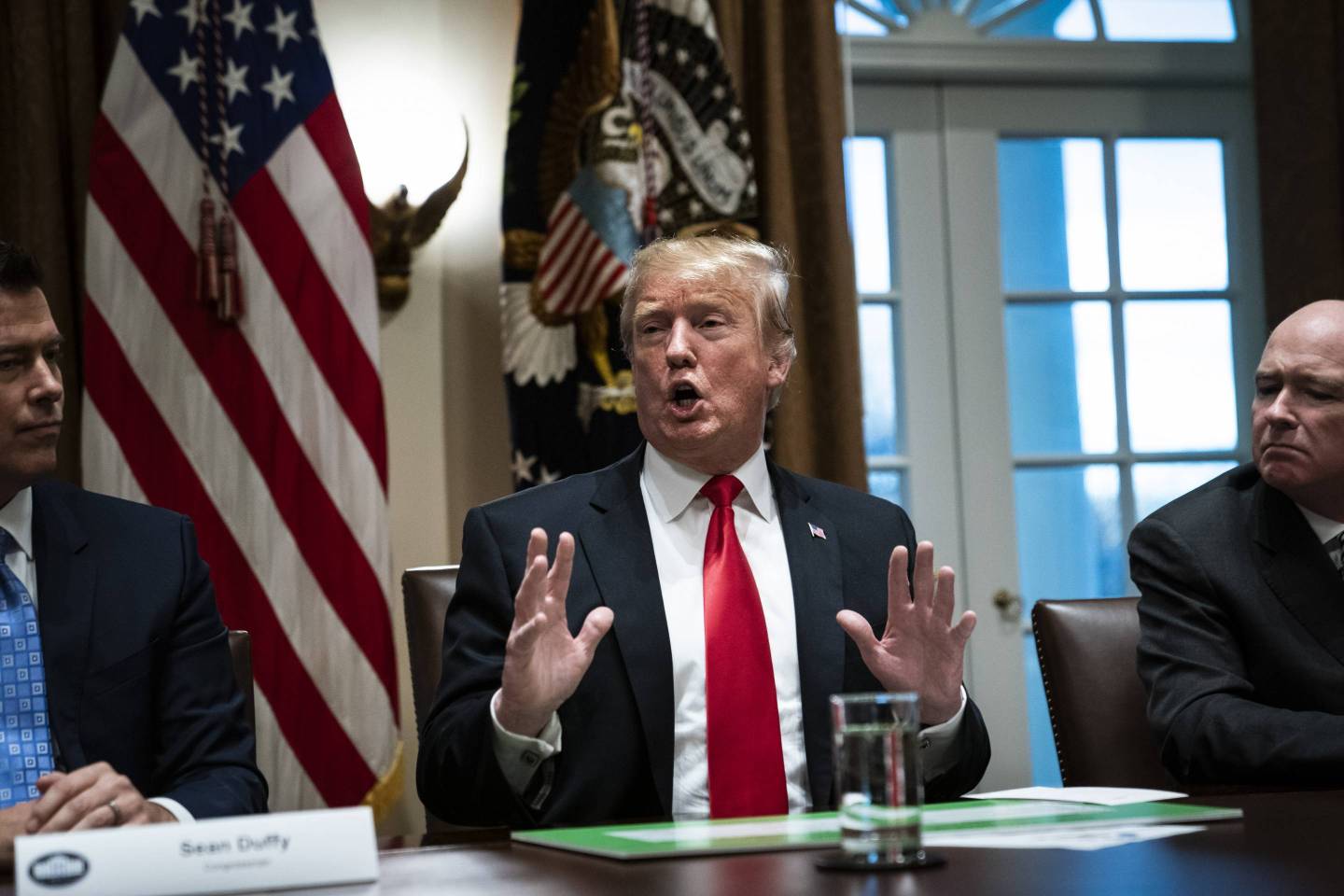 President Donald Trump intends to give an update about the partial government shutdown.
The Washington Post/Getty Images

President Donald Trump plans to speak about the 35-day partial government shutdown at 1:30 p.m. amid negotiations in the Senate to end the impasse, White House Press Secretary Sarah Sanders said.

Pressure on Trump and lawmakers to end the shutdown escalated Friday as the Federal Aviation Administration temporarily halted flights into New York’s LaGuardia Airport because of a shortage of air-traffic control staff. While the delay was lifted after an hour and 22 minutes, the disruption cascaded through East Coast airports such as Newark Liberty International and Philadelphia.

About 800,000 federal employees who are furloughed or working without pay and many of them missed their second paycheck on Friday.