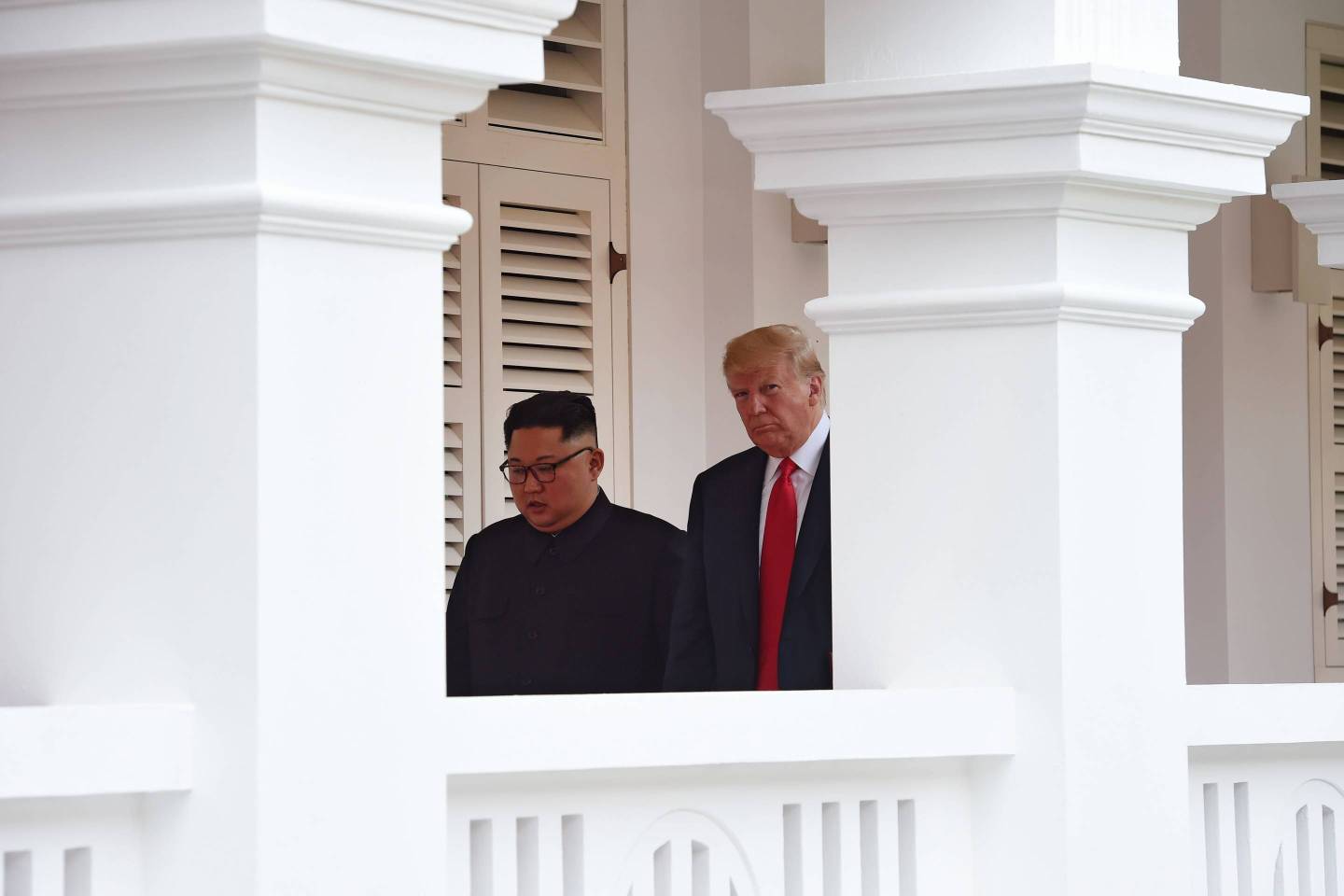 North Korea's leader Kim Jong Un (L) walks out with US President Donald Trump (R) to face the media after taking part in a signing ceremony at the end of their historic US-North Korea summit, at the Capella Hotel on Sentosa island in Singapore on June 12, 2018. Trump and Kim are expected to meet again February 2019. (Photo by Anthony WALLACE / POOL / AFP) (Photo credit should read ANTHONY WALLACE/AFP/Getty Images)
Anthony Wallace—AFP/Getty Images

The White House announced on Friday that Trump would meet Kim in late February, following a 90-minute meeting between the president and Kim Yong Chol, one of the North Korean leader’s top aides. The pair discussed denuclearization and a second summit, the White House said at the time. Kim Yong Chol also met Friday with Secretary of State Michael Pompeo.

Trump and Kim held their first meeting in Singapore in June.

The February summit is likely to take place in Hanoi, the capital, but Danang, site of the 2017 Asia-Pacific Economic Cooperation meeting, and Ho Chi Minh City in the country’s south have also been discussed as possible venues.

Neither the administration nor the North Koreans offered much else after Friday’s meetings about what they’d agreed to and what would be gained from the planned summit.

That only raised more questions because so little progress has been made toward the U.S.’s ultimate goal — getting North Korea to give up its nuclear weapons — since the first meeting between Trump and Kim.

The prospect of another meeting with Kim, the enigmatic leader with whom Trump’s struck an unlikely rapport, offered him a departure from the partisan stalemate over the U.S. government shutdown and the continued drip of investigations into his Russia dealings.

The president basked in the aftermath of the first summit, when he declared North Korea that was no longer a nuclear threat.

Still, more than seven months later, North Korea has made no commitments to allow weapons inspections or dismantle its growing arsenal of warheads and intercontinental ballistic missiles. The announcement about the second summit suggested that the U.S. was softening its refusal to relax sanctions against North Korea because Kim had earlier this month threatened to walk away from talks if Trump didn’t compromise.