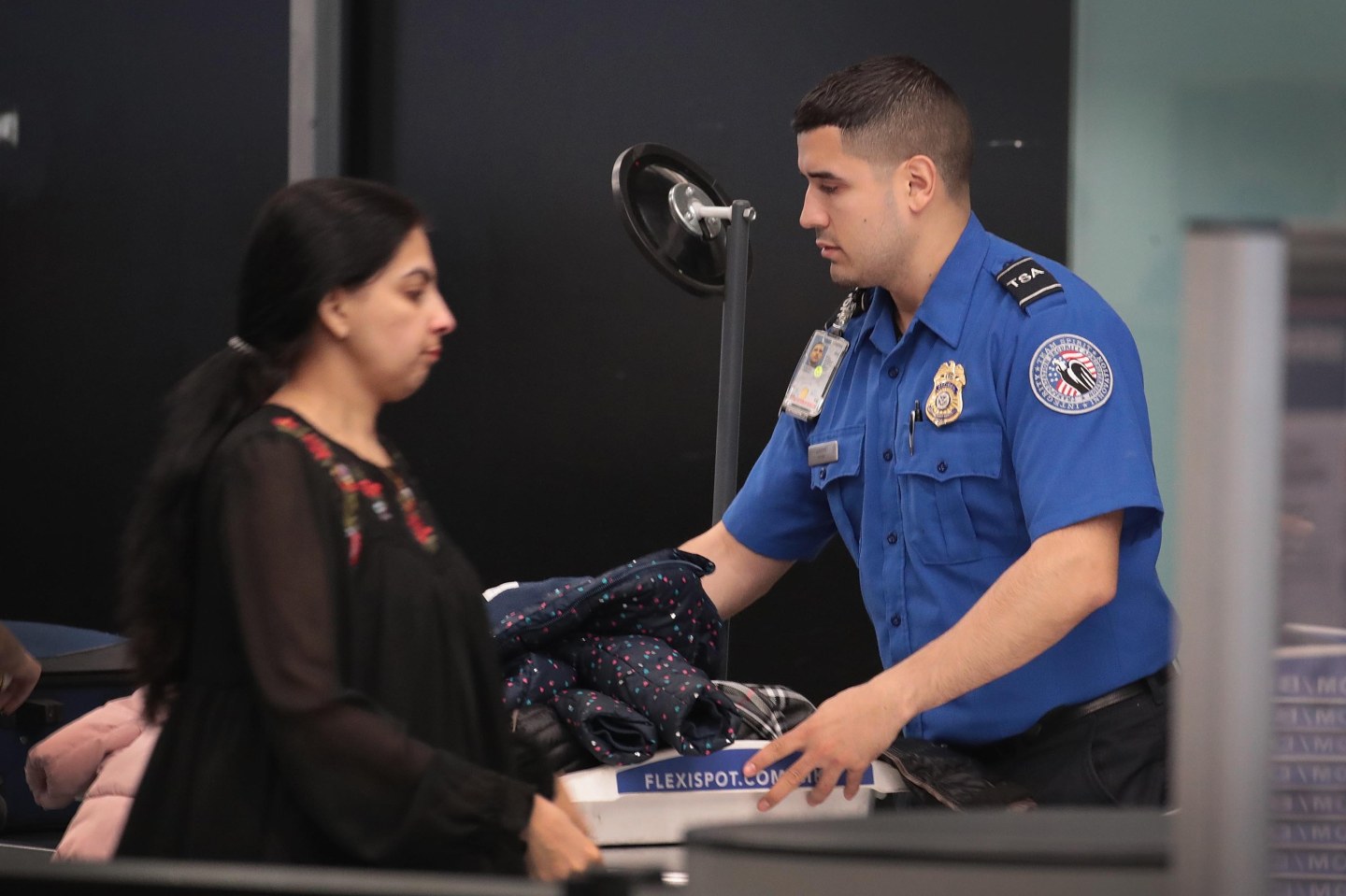 CHICAGO, ILLINOIS - JANUARY 07: A Transportation Security Administration (TSA) worker screens passengers and airport employees at O'Hare International Airport on January 07, 2019 in Chicago, Illinois. TSA employees are currently working under the threat of not receiving their next paychecks, scheduled for January 11, because of the partial government shutdown now in its third week. As a result, there have been reports of an increase in TSA workers calling in sick at some airports. (Photo by Scott Olson/Getty Images)
Scott Olson—Getty Images

No injuries were reported of the 129 people aboard Flight 656 from Phoenix when it rolled off the concrete.

Chicago Fire Department Officials said the incident was most likely due to the weather. Chicago has seen continuous snowfall since Friday night and more than 900 flights have been canceled.

Department of Aviation spokeswoman Karen Pride said officials immediately responded to the incident. “No injuries have been reported, and passengers have been deplaned safely,” Pride said. “We are in the process of working with United Airlines and our city partners to recover the aircraft.”

Passengers were escorted off the plane and then transported to the terminal.