At Least 71 Dead in Pemex Pipeline Explosion in Hidalgo 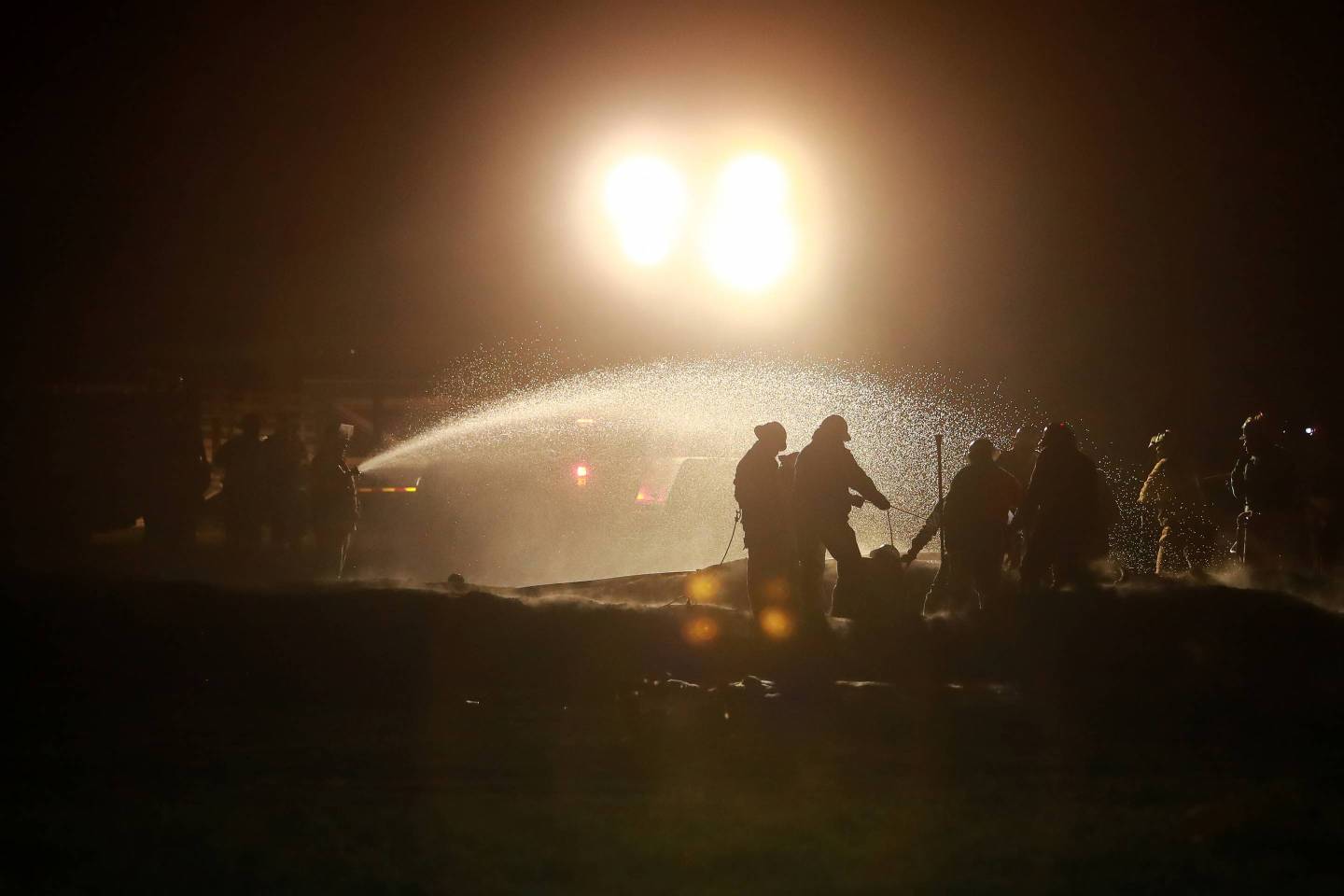 TLAHUELILPAN, MEXICO - JANUARY 19: Firefighters work to control the fire after an explosion in a pipeline belonging to Mexican oil company PEMEX on January 18, 2019 in Tlahuelilpan, Mexico. In a statement PEMEX announced that the explosion was caused by the illegal manipulation of the pipeline, minutes before the accident, some videos were shot where people could be seen filling drums, even car fuel tanks. (Photo by Hector Vivas/Getty Images)
Hector Vivas—Getty Images

A pipeline explosion north of Mexico City killed at least 71 people, confronting President Andres Manuel Lopez Obrador with the biggest crisis since he took office pledging to crack down on graft and fuel theft.

Petroleos Mexicanos said its specialists and local officials were working to deal with a fire caused by the illegal tap on the gasoline line in Tlahuelilpan, part of a fuel theft industry valued at an estimated $3.5 billion. Pipelines were illegally siphoned an average of 41 times a day during the first 10 months of 2018, a 45 percent increase compared with last year, according to Pemex.

Lopez Obrador, who took office in December, said he won’t be stymied in his offensive against fuel-theft gangs. His plan, which involves increasing surveillance along pipelines and more shipments by tanker trucks, led to gas shortages at filling stations across central Mexico.

“This is all very painful, but it teaches a lesson,” Lopez Obrador told reporters on Saturday. “Yesterday, it happened in Hidalgo, but this is a constant and permanent risk.”

Lopez Obrador said he was canceling appointments to attend to the tragedy and planned to visit towns around the blast. He said he plans to increase shipments of tanker trucks and financial aid to areas affected by fuel shortages.

The latest death toll was confirmed by Omar Fayad, governor of Hidalgo, the Associated Press reported, adding that at least another 85 were injured and dozens more were missing.

A presidential spokesman, Jesus Ramirez, said in an interview that most pipelines had been reopened and would only be closed if illegal taps were detected.

Defense Minister Luis Cresencio Sandoval, who flanked the president at the news conference in the capital, said between 600 and 800 people had gathered around the tap when the explosion occurred. Video showed large, billowing flames spewing from pipeline late into Friday evening.

“We won’t fight fire with fire,” Lopez Obrador said “People are good. If they do this it’s because they were abandoned.”