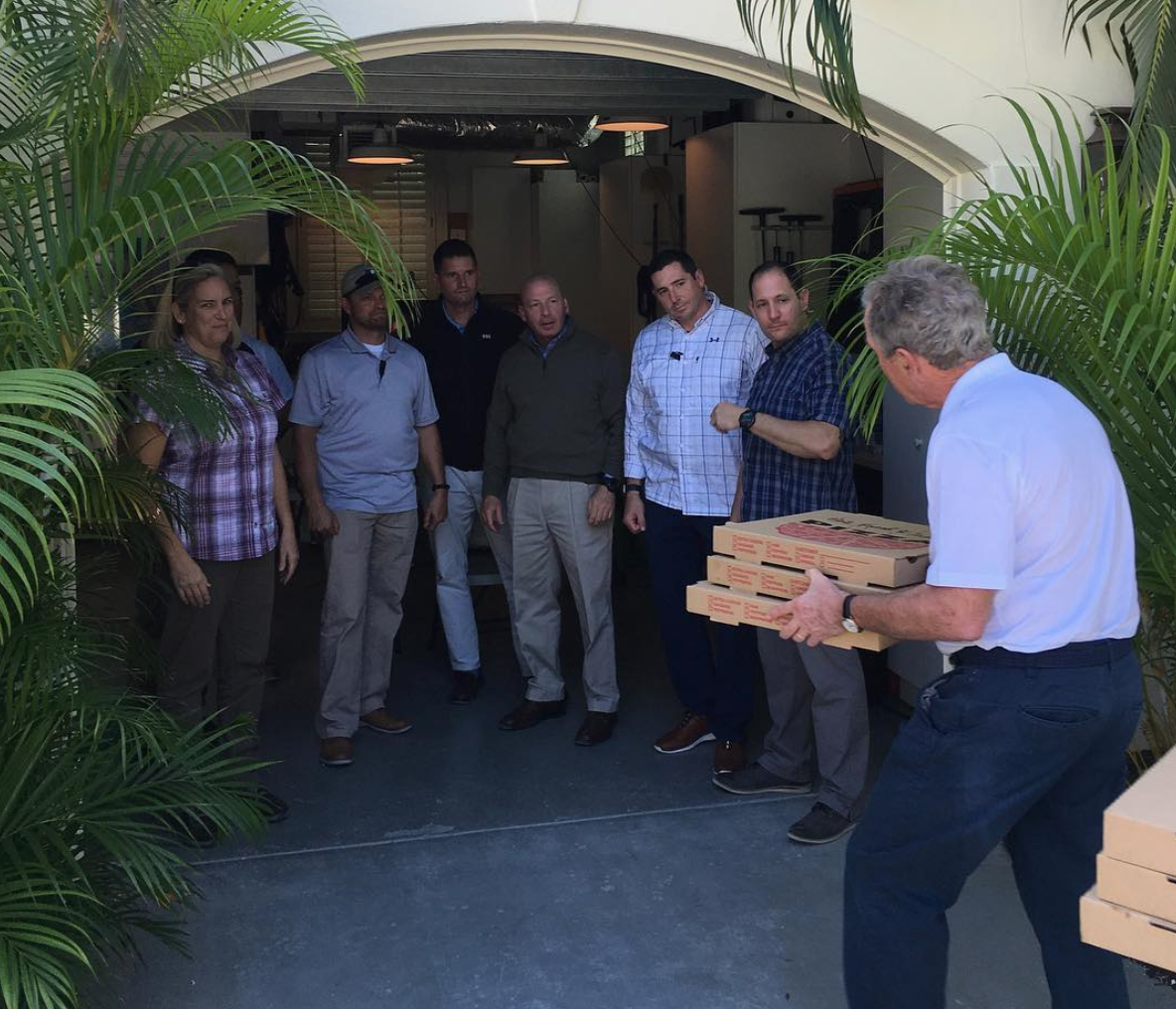 Bush uploaded an Instagram photo showing him greeting his employees with a handful of stacked pizza boxes.

“@LauraWBush and I are grateful to our Secret Service personnel and the thousands of Federal employees who are working hard for our country without a paycheck,” he wrote in the caption. “And we thank our fellow citizens who are supporting them.”

Bush ended his post with a call for bipartisanship. “It’s time for leaders on both sides to put politics aside, come together, and end this shutdown.”

As the shutdown enters its 29th day, some 6,000 Secret Service employees are among the 800,000 federal workers not receiving paychecks, reports The Washington Post.