A Giant Bluefin Tuna Sold for $3.1 Million in Tokyo 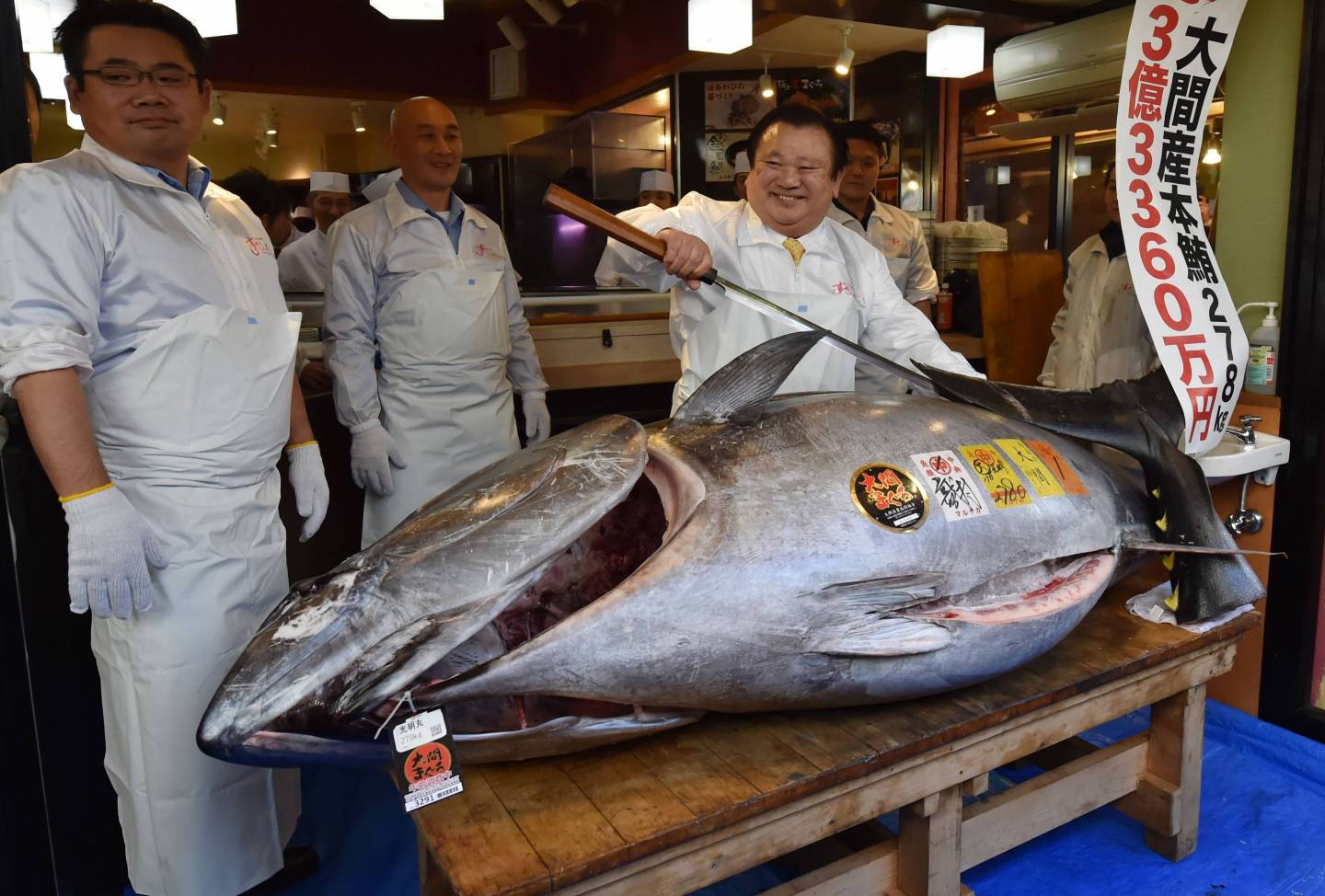 According to Japanese broadcaster NHK, the fish was caught near northern Japan’s Aomori prefecture and weighs in at about 612 pounds (278 kg).

“The tuna looks so tasty because it’s fat and (looks) very fresh. It is a good tuna. But I think I did too much,” Kimura said, as CNN reports.

The sale comes after the closing of Tsukiji wholesale market, a very popular destination spot for Tokyo’s tourists. The largest fish and seafood market in the world closed in October and moved to Toyosu, closer to Tokyo Bay.