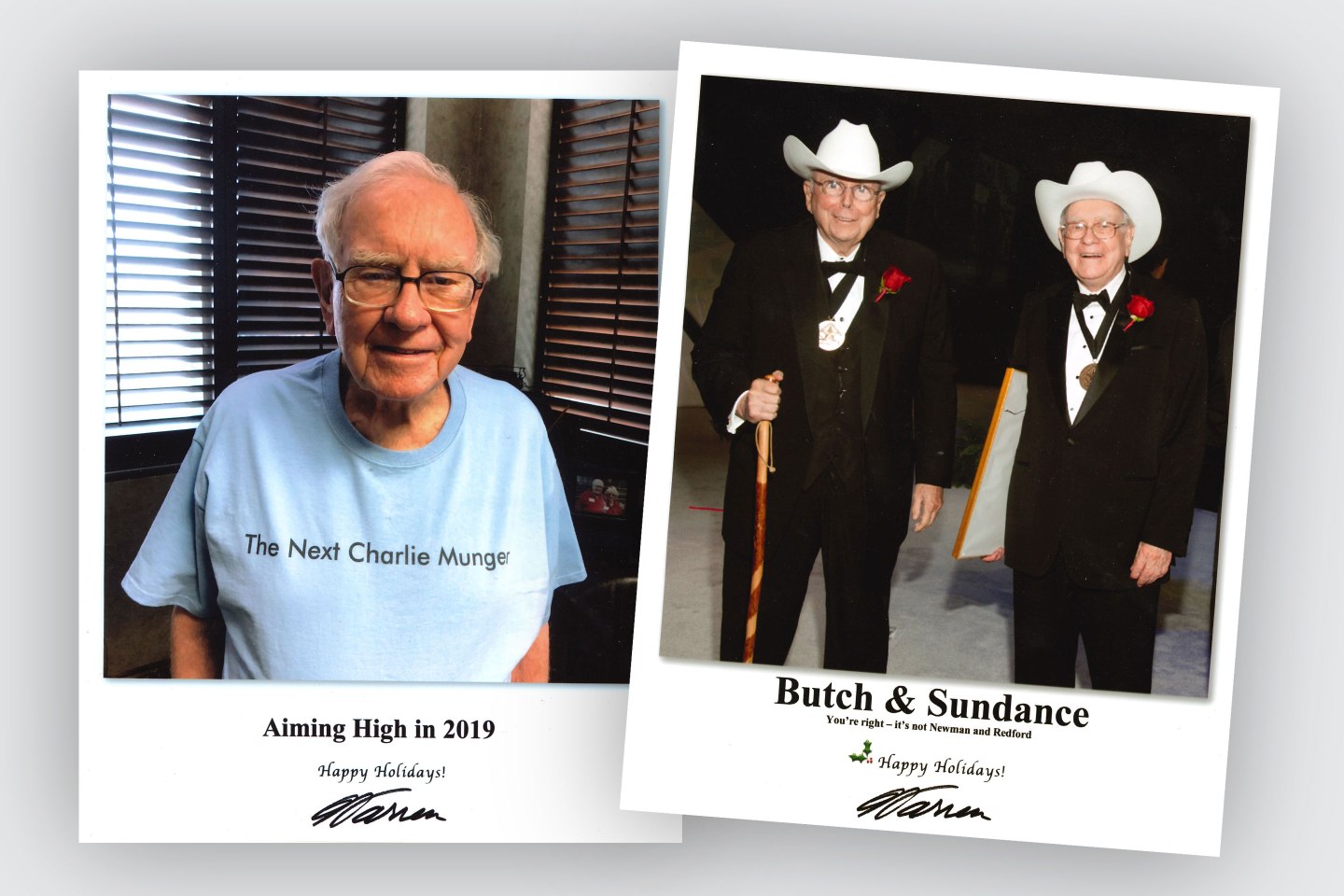 It’s a Warren Buffett tradition: Every Christmas the chairman of Berkshire Hathaway sends boxes of See’s candy, one of Berkshire’s sweetest products in both taste and dollars, to dozens of relatives and friends. And on top of each box—the pièce de résistance, you might say—is Buffett’s annual Christmas card, always planned by him to draw a laugh.

Here, at the right, is the 2016 card, which shows the black-tied duo of Buffett (right) and Berkshire vice chairman Charles Munger being inducted into the Texas Business Hall of Fame. And on the left is Buffett’s 2018 card, for which he dressed down, at age 88, to a tee shirt and saluted Munger, who turns 95 on January 1.

And about that Texas award: Odd, wasn’t it, for a Nebraskan and a Californian? There’s logic, though, when you survey the spread of Berkshire’s businesses based in Texas, among them Acme Brick; railroad Burlington Northern Santa Fe; grocery wholesaler McLane; electronics distributor TTI; a big new Nebraska Furniture Mart opened in 2015; and no less than 29 auto dealerships.

Next year for the card? Buffett’s thinking.

Carol Loomis, the writer of this piece, is a retired Fortune senior editor-at-large. She is a longtime friend of Warren Buffett’s, the pro bono editor of his annual letter to Berkshire Hathaway’s shareholders, and a Berkshire shareholder.