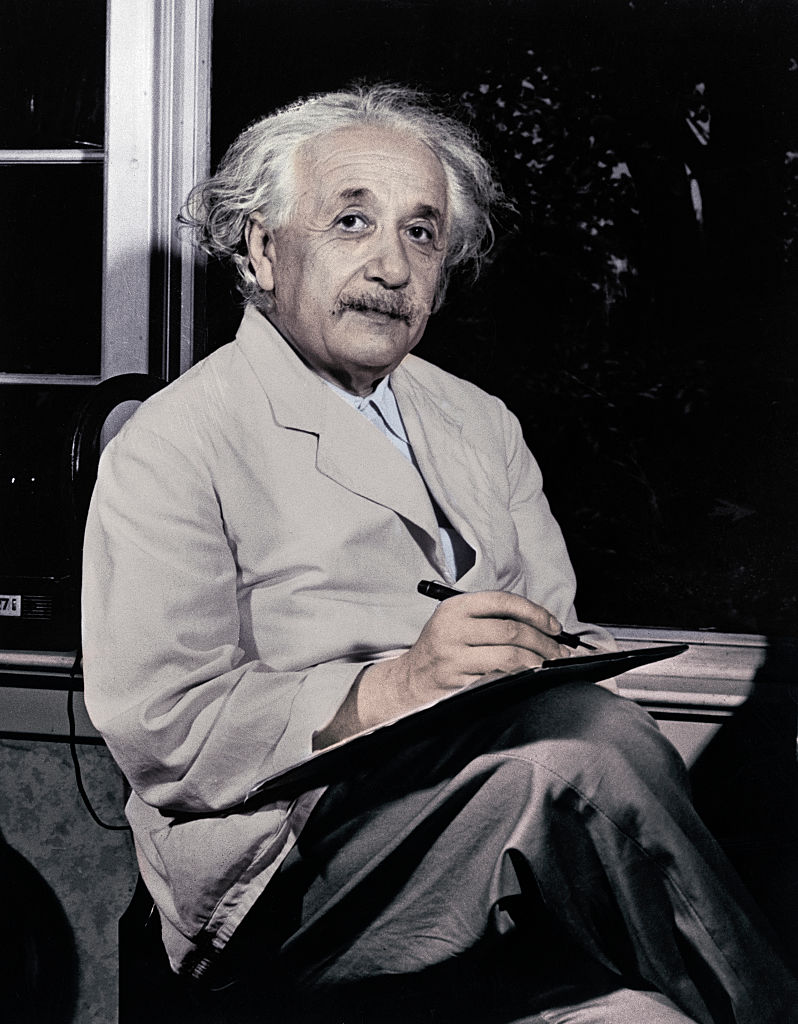 "The word God is for me nothing but the expression of and product of human weaknesses,” Einstein wrote in a letter to German philosopher Eric Gutkind
Bettmann Archive

Christie’s is auctioning a letter from Albert Einstein in which he spells out his disenchantment with religion.

The letter was written to the German philosopher Eric Gutkind regarding his book entitled “Choose Life: The Biblical Call to Revolt”. In it, Einstein said he was proud to be Jewish, but that his pride was not rooted in religion. “The word God is for me nothing but the expression of and product of human weaknesses, the Bible a collection of venerable but still rather primitive legends. No interpretation, no matter how subtle, can (for me) change anything about this,” the letter says.

The 1954 letter surfaced in 2008 after being held by Gutkind’s family. It sold for $404,000 at auction. It was listed on eBay for $3 million in 2012, but a Christie’s spokeswoman told The New York Times that sale was unsuccessful. Christie’s pre-sale estimate of the letter is $1 million to $1.5 million.

Einstein biographer Walter Isaacson warned against considering this letter definitive of Einstein’s beliefs, saying the theoretical physicist had written on the subject multiple times, and was not always consistent. Indeed, in his 2007 biography, Isaacson recounted Einstein’s “passionate zeal for Judaism” in his early life.

The auction is scheduled to begin at 2 pm in New York.