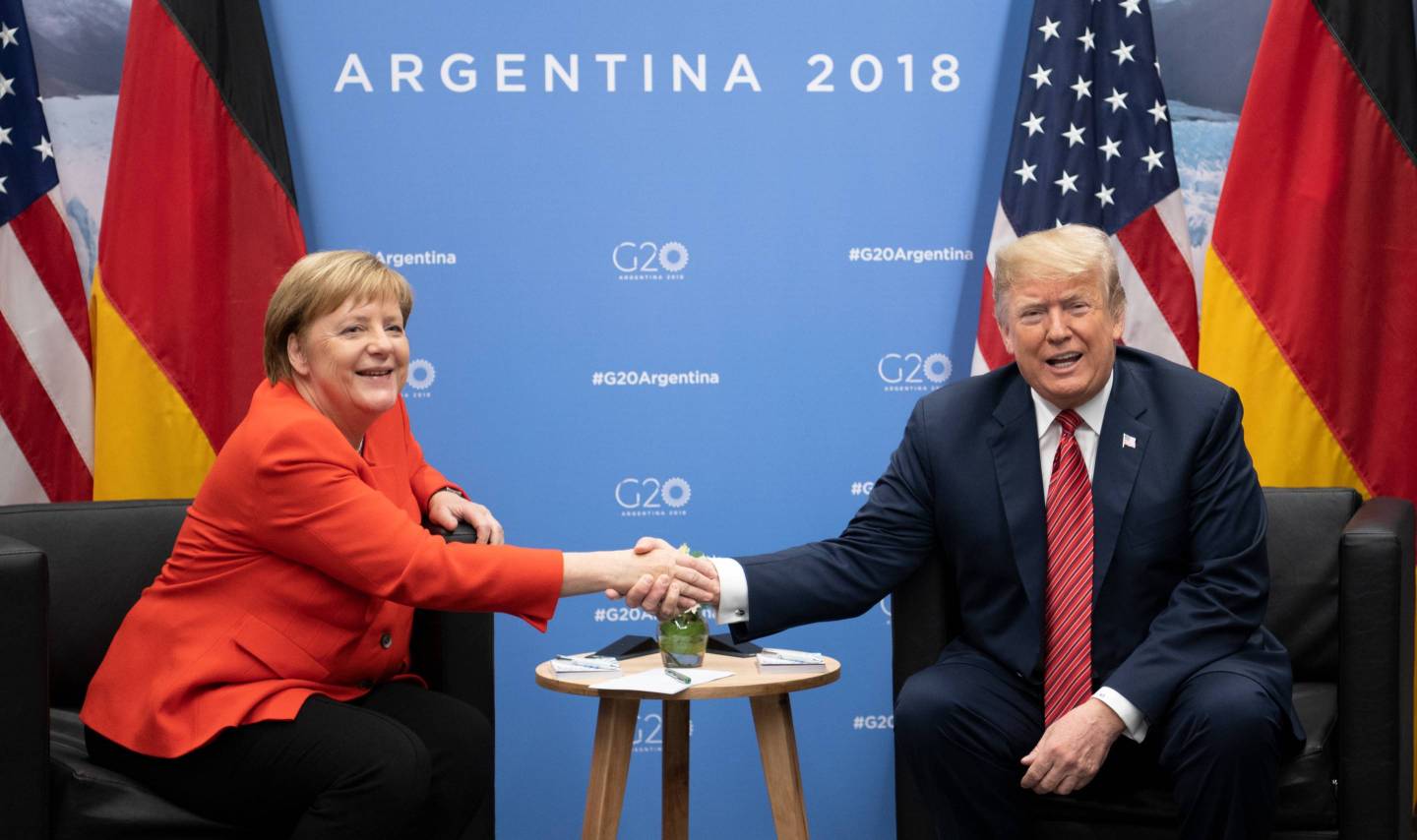 Leaders of the world’s largest economies agreed the global system of rules that’s underpinned trade for decades is flawed, in a post-summit statement Saturday that the White House quickly claimed as a win for Donald Trump’s protectionist agenda.

The Group of 20 communique was the culmination of days of round-the-clock talks. Some officials said just having a statement was a good result, given intense wrangling over issues like trade, migration and climate. Still, the watered-down language suggests further tests ahead for advocates of globalization and institutions like the World Trade Organization.

The statement issued at the end of the two-day meeting in Buenos Aires, Argentina, omitted for the first time a reference to the risk of protectionism. While leaders recognized the benefits of multilateral trade, they said the system is “falling short of its objectives and there is room for improvement.” They committed to reform the WTO, the main global body for trade regulations, and will discuss that at their next meeting in June in Japan.

A senior White House official praised the document, particularly the language calling for changes to the WTO and global trade. The addition of wording to explain Trump’s decision to exit the Paris climate accord was also welcomed by the U.S., the official said. While the communique said signatories to the accord reaffirmed it as irreversible, there was a separate line included underneath on the U.S. position.

The U.S. got the better deal out of the remaining 19 delegates, according to Thomas Bernes, a distinguished fellow at Canada’s Centre for International Governance Innovation.

“This is the weakest wording on trade that we’ve ever had,” Bernes said. “The 19 chose to bury their differences and issue a weakened communique, which raises questions about their ability to show resolute leadership.”

Host Mauricio Macri from Argentina said reform of the WTO was needed for “fair trade, fair play” — language often used by Trump. Still, not everyone saw the agreement as a win for Washington, and officials from non-U.S. countries set out to sell it after its release.

As often in G-20 communiques, some of the globe’s most pressing issues were left out. While several leaders discussed Russian aggression against Ukraine in the Kerch Straits directly with Vladimir Putin, there was no reference to it in the statement. Nor was there mention of the concern many leaders feel about the brutal killing of columnist and critic Jamal Khashoggi in October in the Saudi Arabian consulate in Istanbul.

The document emerged after a week of difficult negotiations, providing a measure of relief to officials who feared a repeat of recent gatherings like the Asia-Pacific Economic Cooperation summit in Papua New Guinea, when no final statement was issued. The G-7 summit earlier this year was upended when the U.S. withdrew its support for the joint statement minutes after its formal publication.

The leaders did welcome strong global economic growth but said it “has been increasingly less synchronized between countries” and that key risks, including geopolitical concerns and financial vulnerabilities, have partially materialized. They agreed that fiscal policy “should rebuild buffers where needed, be used flexibly and be growth-friendly, while ensuring public debt is on a sustainable path.”

But the priority appeared to be on salvaging the summit itself. French President Emmanuel Macron said the absence of meetings like the G-20 would spur trade wars, while Putin said the communique was useful even if it was general in nature.

“Over the years, this forum has repeatedly demonstrated its worth as we seek to build a more stable and prosperous world,” Canadian Prime Minister Justin Trudeau said. “Any time that the major economies of the world come together and commit to work together on the big issues that matter — to Canadians and to citizens of the world — that is a good thing.”