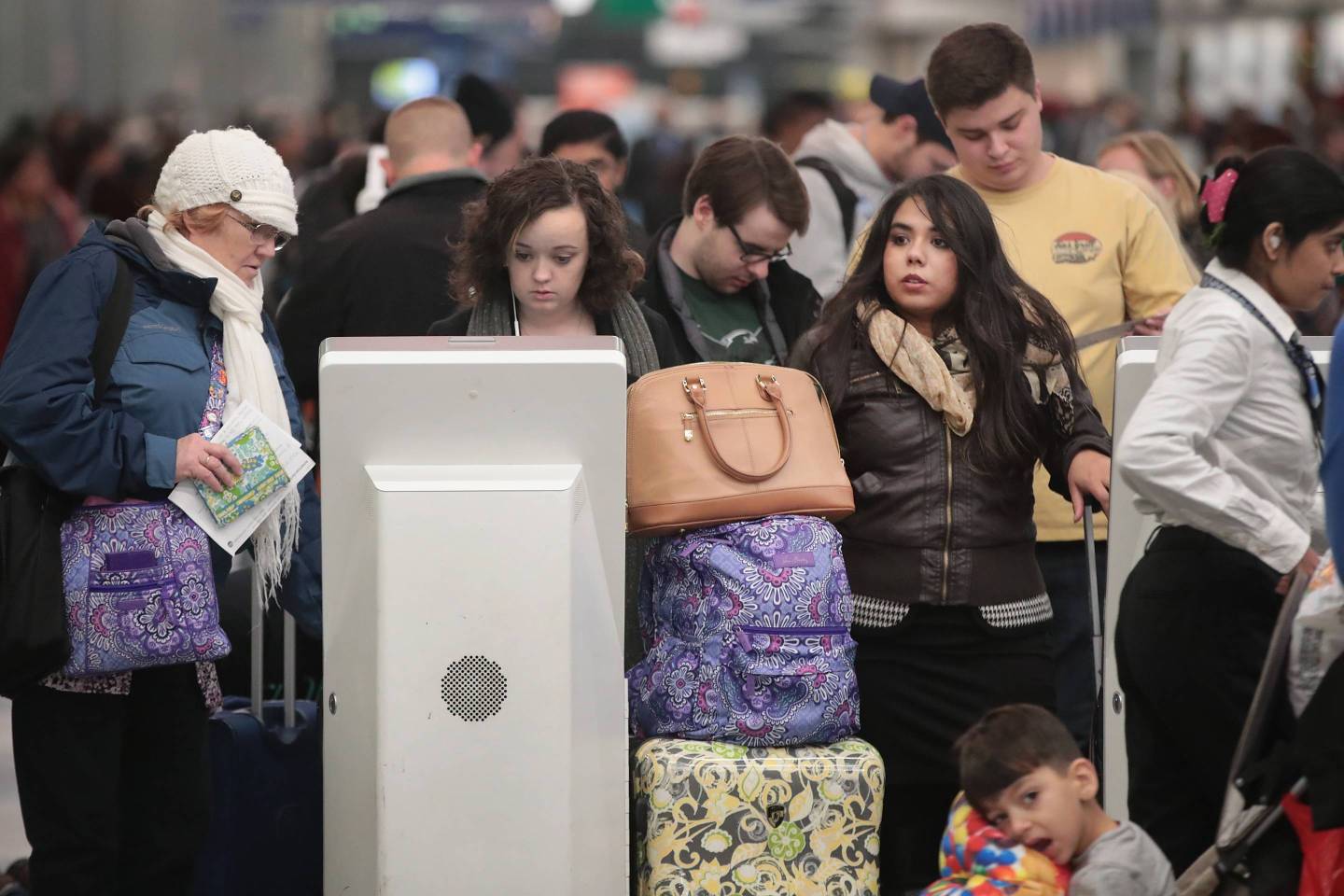 Thanksgiving travelers check in for their flights at O'Hare Airport on November 21, 2017 in Chicago, Illinois.(Photo by Scott Olson/Getty Images)
Scott Olson—Getty Images

Travelers going in and out of some Midwestern cities this Sunday are experiencing flight delays and cancellations on one of the busiest travel days of the year, with 15 states under a weather alert due to winter storm and blizzard warnings, ABC News reported.

Major cities including Kansas City, Mo., and Chicago are expecting heavy snow on Sunday. Kansas City in particular is under a blizzard warning, and could see anywhere from 4 to 9 inches of snow with 50 mph winds. Chicago, on the other hand, will see all-day rain turn to snow in the evening, with an expected 3 to 6 inches of snow on Sunday along with heavy winds.

As of Sunday morning, Chicago’s O’Hare International Airport, a major travel hub, had reported 189 flight cancellations and Midway International Airport had reported an additional 19 canceled flights, according to WGN. Overall, nationwide, USA Today reported 500 canceled flights total, and another 700 delayed as of 11:50 am ET Sunday. Most cancellations came from cities across the Midwest.

The blizzard warning was issued by the National Weather Service for parts of Nebraska, Kansas, Missouri, and Iowa, according to the Associated Press. The heavy snow and strong winds across the Midwest are expected to cause whiteout conditions, which can affect visibility, causing dangerous travel.

According to AAA, more than 54 million Americans traveled over the Thanksgiving holiday this year, ABC 7 Chicago reported. In Illinois alone, 2.5 million people are driving, with hundreds of thousands also flying.

Air travelers should call their airlines before heading to the airport on Sunday for information about flight cancellations. Some airlines will also waive fees for flight changes.