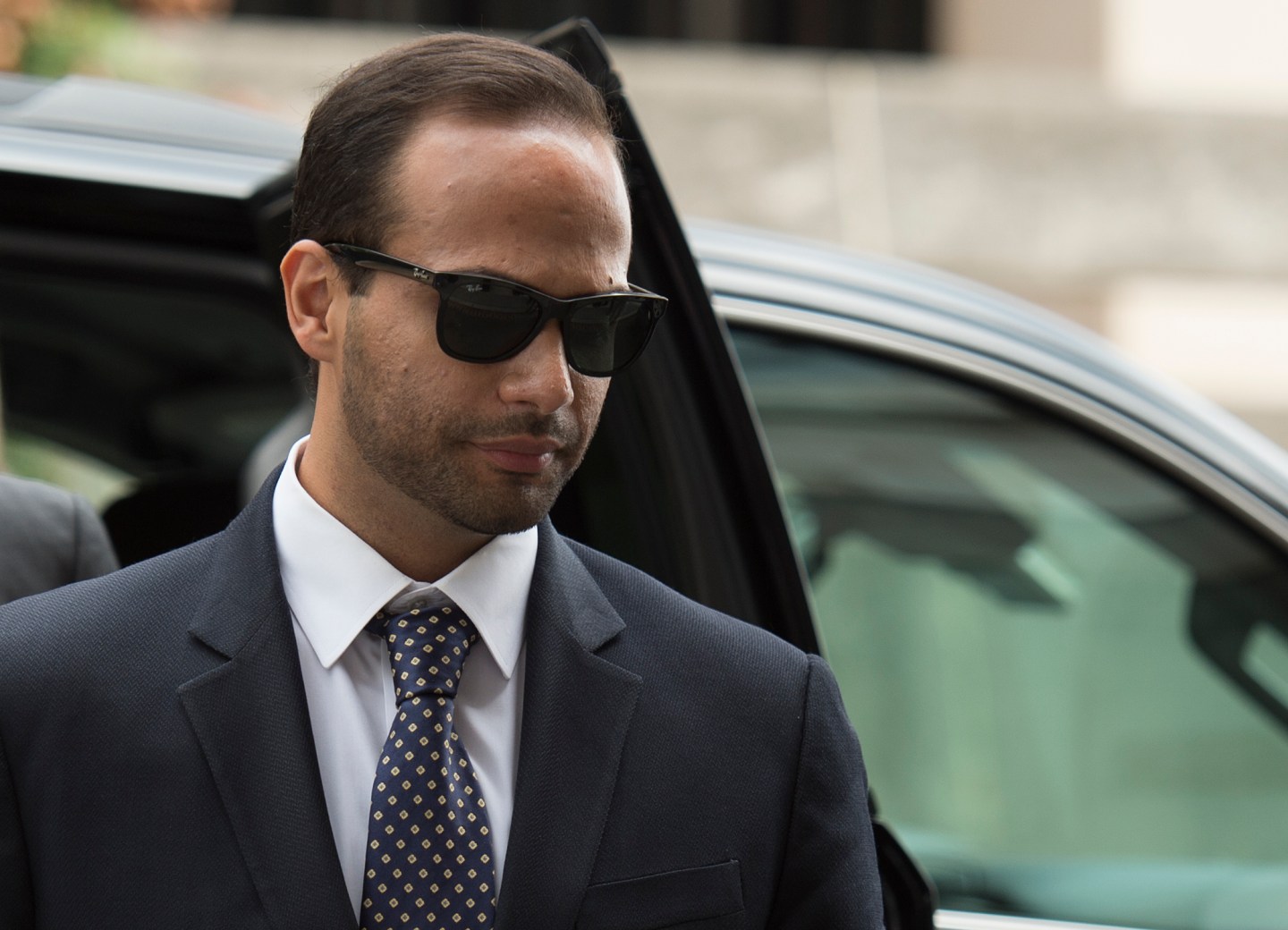 Papadopoulos had asked U.S. District Judge Randolph Moss in Washington to delay his incarceration pending the outcome of another man’s challenge to the legality of Mueller’s appointment, currently before a federal appeals court. The special counsel opposed the request, arguing that Papadopoulos himself had surrendered his right to appeal as part of his plea deal with prosecutors and had offered no legal basis to justify a postponement.

Moss denied the ex-aide’s request Sunday, saying Papadopoulos agreed not to appeal the sentence and can’t rely on the outcome of an appeal he’s not a part of. He also waited until the last minute requesting the postponement, not giving the court sufficient time to review the case, the judge said.

“Papadopoulos waited until the eleventh hour to seek relief; indeed, he did not file his second motion — the stay request — until the last business day before he was scheduled to surrender to serve his sentence,” Moss wrote. “Papadopoulos has not identified any extenuating circumstances — nor is the court aware of any—that would overcome the presumption against granting such an eleventh-hour stay.”

Papadopoulos, who served on the Trump campaign as a foreign policy adviser, admitted lying to federal agents last year about the timing of his contacts with a U.K.-based professor who claimed to know Russian in possession of dirt on Trump’s 2016 election opponent, Hillary Clinton. Moss sentenced him to a two-week term in September after Papadopoulos had said he was a good man who’d made “a dreadful mistake.”

But, in subsequent social media posts and a TV appearance, Papadopoulos repudiated his admission of guilt and claimed investigators set a trap to catch him in a lie, actions noted by Mueller in his opposition to the postponement request.

Underlying the ex-aide’s request was a fight initiated by Andrew Miller, who spurned a Mueller grand jury subpoena in favor of a court battle over the legality of the special counsel’s appointment. A three-judge panel heard argument in that case on Nov. 8. It has not yet issued a ruling.