What Is the ‘Paris Call?’ Google and Microsoft Back Emmanuel Macron’s New Plan to Protect the Internet 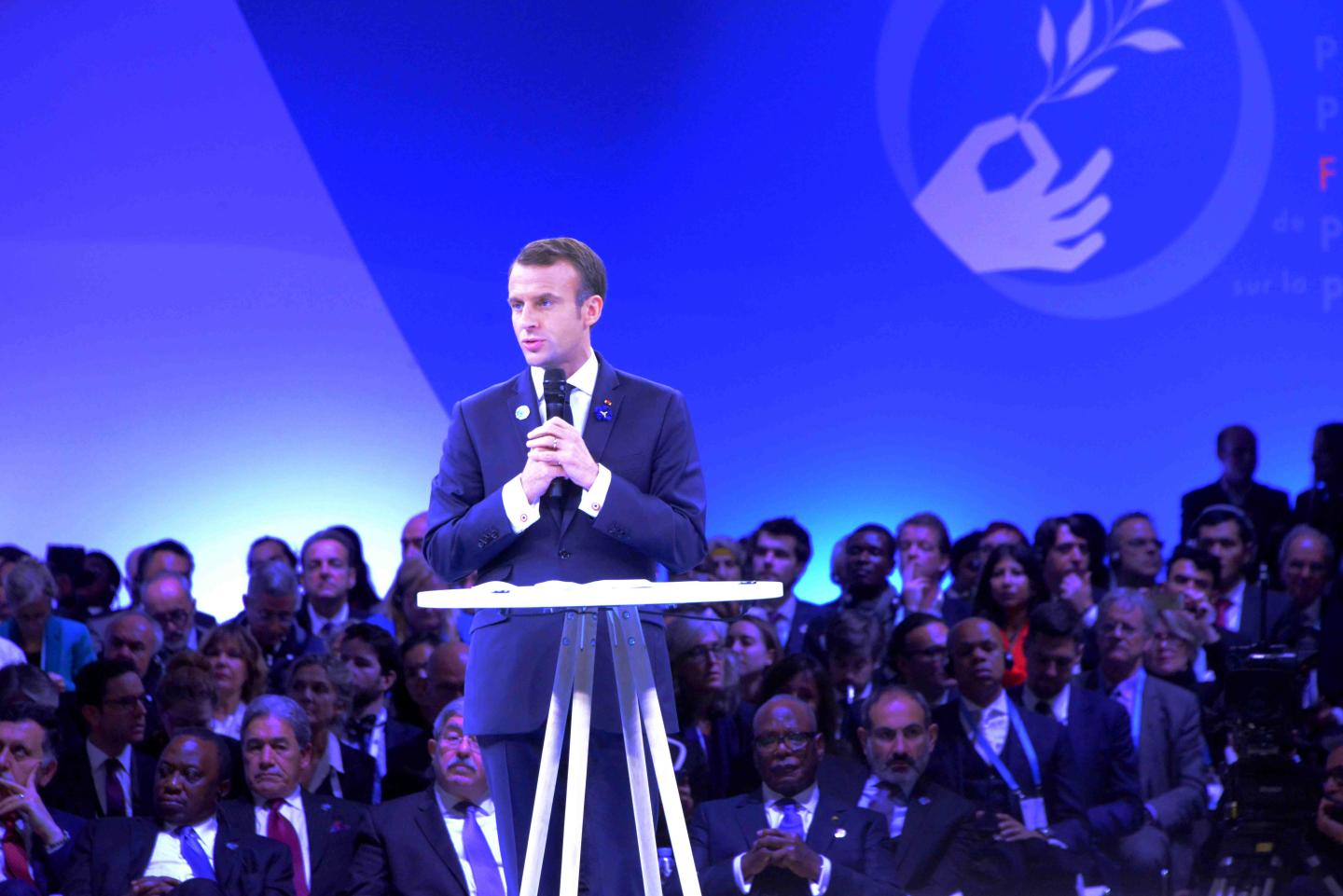 PARIS, FRANCE - NOVEMBER 11: French President Emmanuel Macron speaks in the opening ceremony of the Paris Peace Forum at the Grande halle de la Villette during the 100th anniversary of the end of World War I on November 11, 2018 in Paris, France. The Paris Peace Forum is held on November 11-13 in Paris. (Photo by Li Yang/China News Service/VCG via Getty Images)
Li Yang—China News Service/VCG via Getty Images

Tech giants including Alphabet and Microsoft are reportedly backing a call for greater online regulation targeting everything from cyber-attacks and election interference to intellectual property theft and barriers to Internet access.

The initiative, known as the “Paris Call for Trust and Security in Cyberspace,” was organized by the French government following failed international discussions over recent years. Several European countries are on board, but China and Russia are not, and French officials told Reuters that the U.S. may not become a signatory either.

The document reaffirms “the applicability of international human rights law in cyberspace,” condemns “malicious cyber activities in peacetime,” and says companies are responsible for “improving trust, security and stability in cyberspace.”

“The Internet is a space currently managed by a technical community of private players,” Reuters quoted an unnamed official from French President Emmanuel Macron’s office as saying. “But it’s not governed. So now that half of humanity is online, we need to find new ways to organize the Internet.”

The Paris Call shares some common ground with Web inventor Tim Berners-Lee’s “Contract for the Web,” which was soft-launched last week with companies such as Google and Facebook signing up to principles that also included greater access and more confidence-inspiring tech.

The online human rights NGO Access Now, which helped to draft the Paris Call, said in a Monday statement that the document could help counter United Nations resolutions from the likes of Russia and China that “emphasize state sovereignty online over human rights.”

“Sovereignty can justify overbroad data collection and government hacking, Internet shutdowns, restrictions on expression based on poorly defined standards of hate speech or terrorist content, and limits on the security of platforms, all in the name of the needs of the state,” Access Now policy counsel wrote. “Ultimately, the Paris Call will reinforce other efforts to improve protections for users and their rights.”