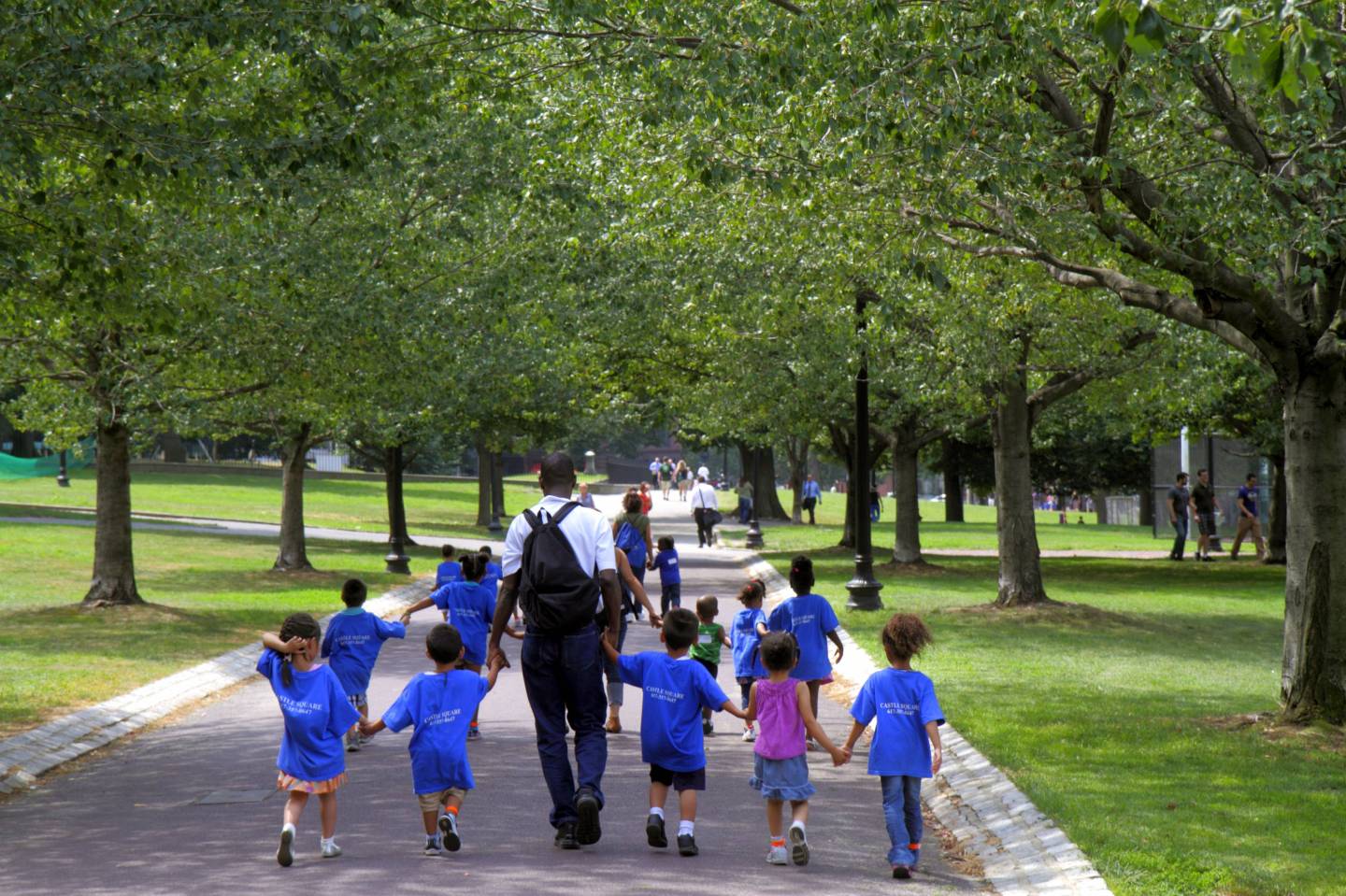 The economy is hot, hot, hot, isn’t it? Unemployment is historically low. The stock market is on a (mostly-uninterrupted) winning streak. Corporate earnings are booming.

But ya know who’s not feeling that economic vitality? Parents, specifically at the moment every week or month when they go to pay for childcare. Even with the economy seemingly firing on all cylinders, childcare is still unaffordable in every single U.S. state and the District of Columbia.

Two years ago the Department of Health and Human Services set a new standard for affordable child care: it shouldn’t cost more than 7% of a family’s income. Yet, according to new analysis from Child Care Aware of America, a childcare advocacy group, the average family in every stay is paying substantially more than that.

A national average is hard to pin down since there are various forms of care—center-based, versus the more informal family-based care—and the cost differs by a child’s age; the younger the kid, the more expensive her care, generally speaking. (Plus some states are not forthcoming with data.) But all said and done, the national average cost of childcare is between $9,000 and $9,600 per year.

The eye-popping cost of care in Massachusetts could easily be mistaken for yearly college tuition. But the state is not alone. In 28 U.S. states and the District of Columbia, the cost of center-based infant care exceeded one year’s worth of tuition and fees at a four-year public university.

Both childcare and college costs are exceedingly high, but there’s an important distinction in how families go about actually paying them. According to CCAA, about 60% of funding for childcare in the U.S. comes directly from parents. College education, meanwhile, is heavily subsidized by state and federal funds, meaning families pay about 23% of the cost at a public school.

Dionne Dobbins, senior director of research at CCAA, is in favor of policy change to help make childcare more affordable, even with the booming economy, since “a healthy economy does not necessarily translate to more wages in the pockets of working families,” she says.

Childcare advocates did score a win in February 2018, when President Donald Trump signed a budget that included an extra $5.8 billion in funding for the Child Care and Development Block Grant, but Dobbins says that’s not enough. The number of children covered by the grant program is at a 15-year low at 1.4 million—about one kid out of every six who are eligible.

The high cost of childcare is thought to be a factor in the women’s workforce trends, which have showed a puzzling decline since 2000. In 2016, 57.2% of working-age women participated in the labor force, down from 60.7% at the turn of the century. A larger share of women—24.9%—work part time than men—12.4%. And among those who work part-time voluntarily, 6.5% of women cited “problems with childcare” as a reason for doing so, versus 0.8% of men.

And a recent New York Times survey found that 64% of young adults cited the high cost of childcare as the No. 1 reason they expect to have fewer children than they’d like—a worrisome finding for a nation with a fertility rate that’s already in decline.

Since the whole of the U.S. is grabbling with unaffordable childcare, it’s perhaps not surprising that there’s overwhelming public appetite—regardless of political party—for the government to intervene to improve the quality of care and make it more affordable. According to a poll by First Five Years Fund, 78% of Donald Trump voters in 2016 supported the idea, as did 97% of those who voted for Hillary Clinton.